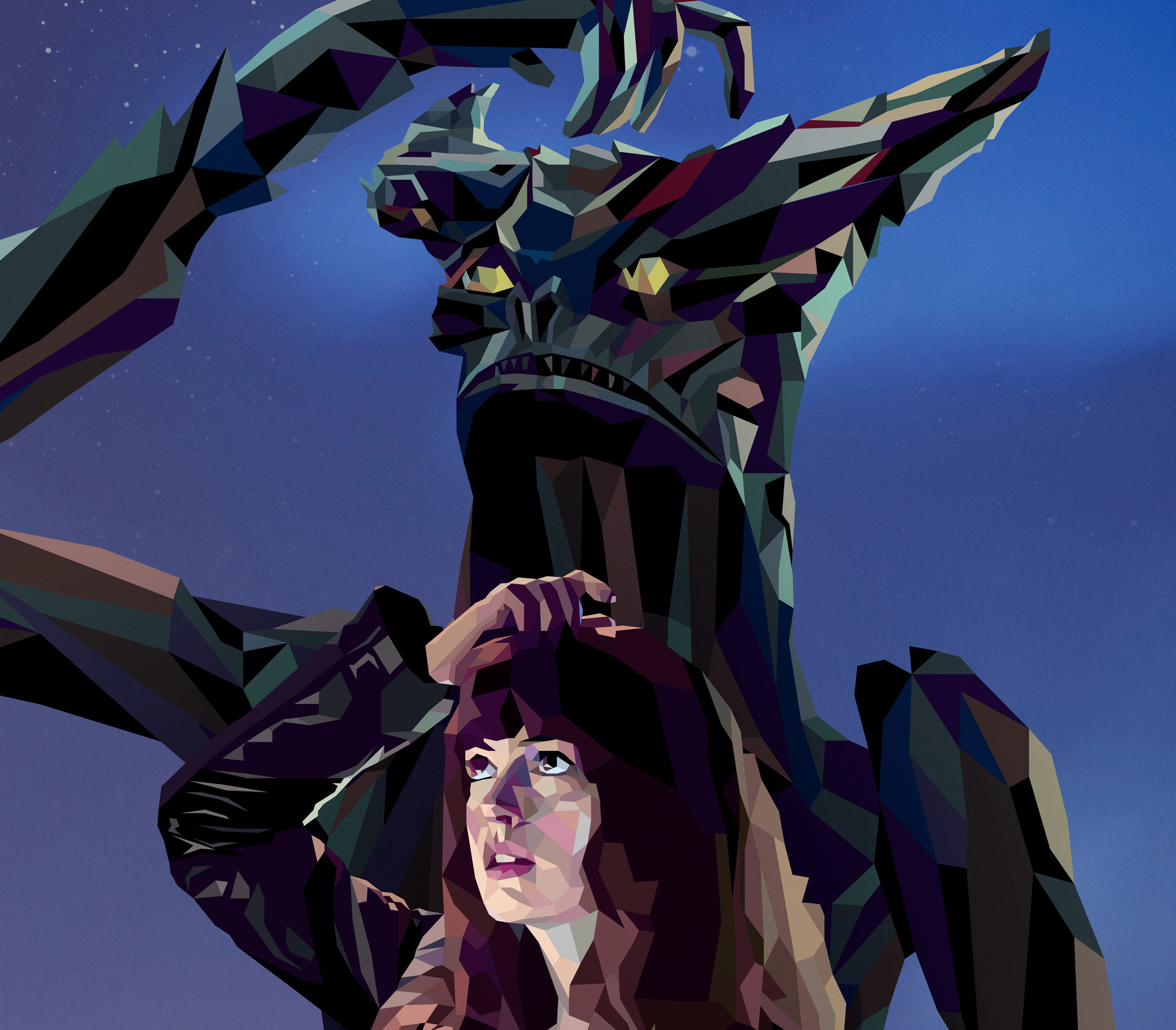 Traveling on a long flight, we (Miramay and I) were willing to watch several movies that would otherwise not have been on our radar. In this example, Colossal was a film that I had seen as having art from Mondo, who generally produce media for superhero and indie films that attract an audience like us; young "hip" nerds with discerning taste and at least a little bit of literacy in film. From the cast, I knew it included actors I respect and, from the advertising (or lack of it), I knew it was more of a niche independent film than a blockbuster despite the giant monster on the poster; if anything it seemed like it might be a rom-com. However, I feel like it'd be fair to say the trailers, or at least the ones we saw, somewhat misrepresented this film. If you haven't seen it yet, this article will both contain spoilers and make little sense. That said, the movie itself isn't exactly the most logical story, so if you're confused by our questions, we are similarly confused by what we just watched.

My first thought watching the primary conflict of the film, that the main characters Gloria and Oscar manifest into kaiju and robots in South Korea when they walk in a certain section of a public playground, was their issue could be resolved with one local police officer stopping a grown man from drinking on a children’s playground. Seriously, I am from a small town. Be in a public space while drinking, especially near children, and expect to be arrested.

That in mind, if the characters didn't want to create mayhem, simply don’t go to the park. This is the simplest resolution to the conflict, and likely what most audiences said out loud in theaters. 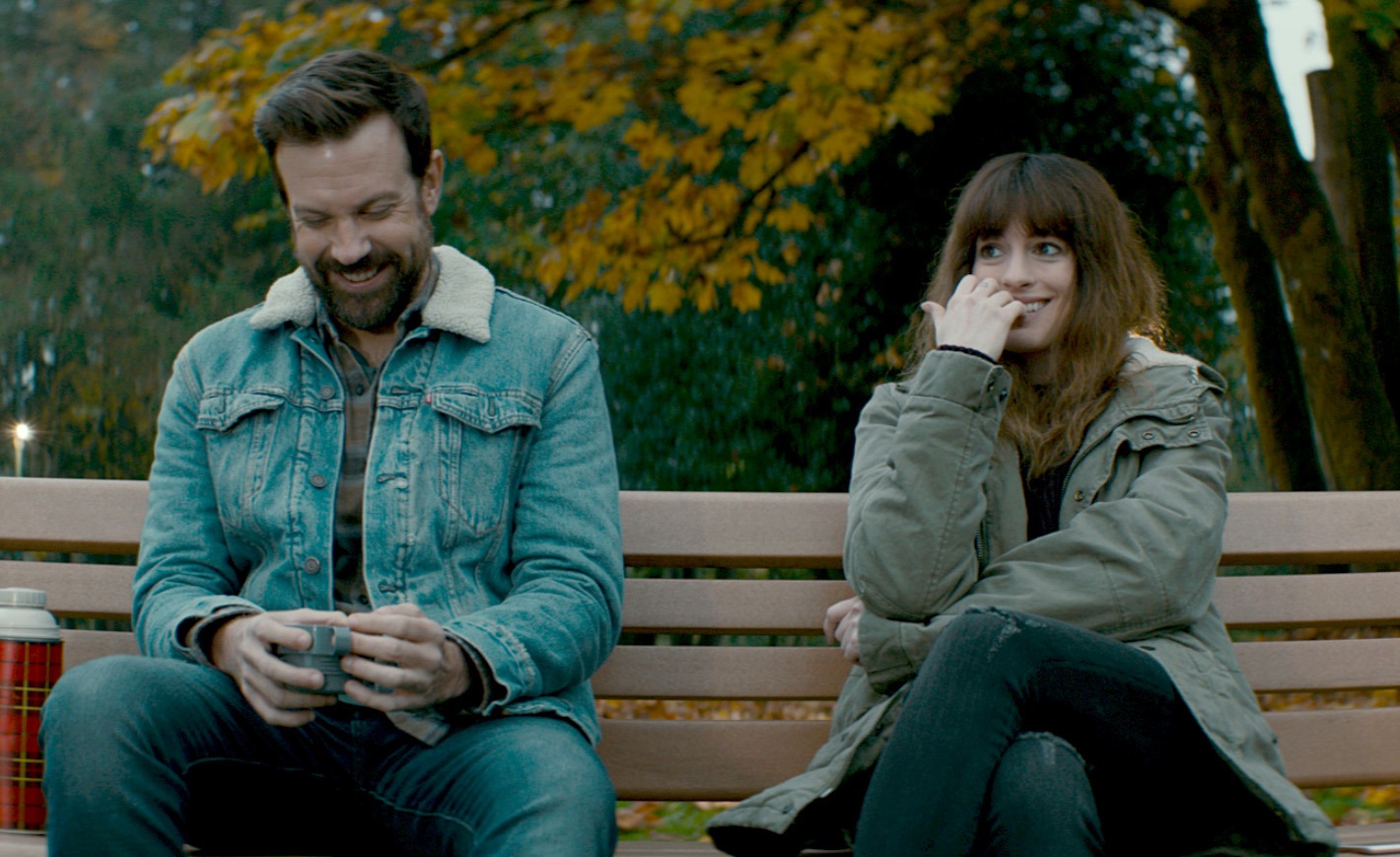 As for the ending, in which Gloria walks away from defeating the villain and enters a bar despite the film, by all reasoning, being about alcoholism and lack of control, what was the ending about drinking? And once inside the bar, why was she was taken aback by the offer of a drink? She spends the majority of the movie working as a bartender. And similarly, what sane bartender says “yes crying woman with a sudden mood swing and a black eye, let’s hear a story?”

As for the other characters, the protagonist's ex-boyfriend Tim, her current small-town crush Joel, and Oscar, all three dudes were assholes. Why were either supposed to be a better pick than the former? Do we root for our protagonist to get back together with her former lover who threw her out once he decided she was self-destructive, or her crush who apparently has nothing going for him outside of being attractive? Or her childhood friend-cum-boss who becomes a manipulative terror when it becomes apparent she will not respond to his feelings in the way that he wants? 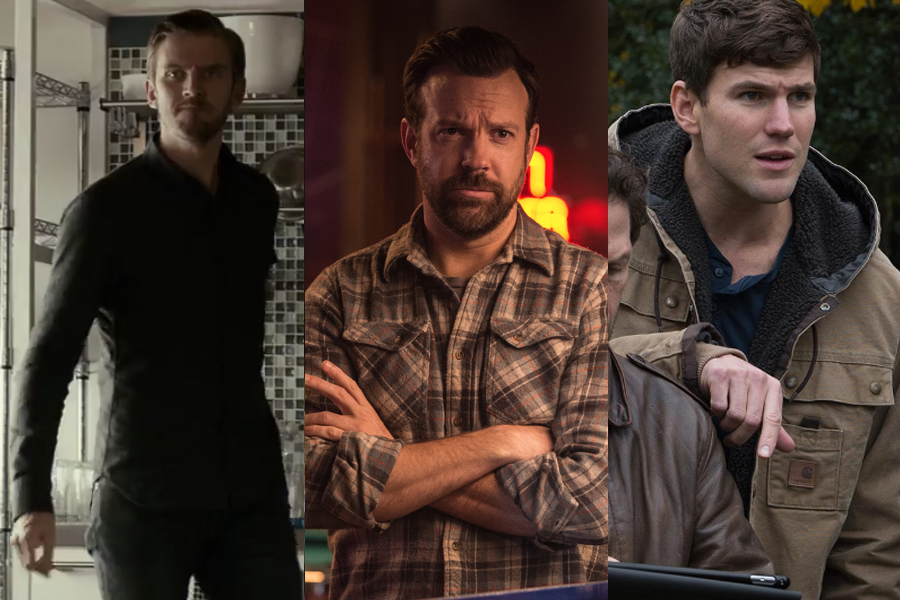 Towards the end of the movie there is an extended flashback that serves to give a lot of exposition to the viewer. In it, we see Gloria and Oscar as kids, and the event that has caused them to...establish a connection of some kind with the kaiju that are later totems for them on the other side of the world. However, what was the flashback? While stuff in fantasy and science fiction doesn't strictly have to make sense, the explanation presented by the film begs for further elaboration. Also, was the Oscar always an asshole, as his smashing of a diorama she was carrying suggests, and why did they make them to begin with? Our affinity for true crime says that the story would have made sense if he hit his head during adolescence, like the vast majority of future serial killers.

How did Gloria know where to go in Seoul in order to attack the antagonist in the states? Our best guess is that she had calculated exactly where to go based on studying news footage of the kaiju attacks and relating it to her knowledge of the playground on her end, but still, it would be nice to just see her working it out, as her obviously elaborate research is only shown once, mostly as a series of maps and pins on the wall in the background of her house.

Traveling from Asia at the time of watching the film and knowing it set us back more than a day, how did she get there so quickly, less than 24 hours?

How were they always at the playground at 8am even when she came home, found Oscar waiting for her there, struggled with him for a while, and ran to still beat him there?

How did he know she was moving back and find her walking on the road? He implies that he had been digitally stalking her, however knowing her exact location is a bit much. Was it luck? Did he drive around all day when he knew she was coming back?

If Gloria was going to kill him anyway, why not just like kill him? Bury his corpse in her leaf-showered pool without a cover in fall? She could have killed him when he set his bar on fire. Leave his body in the fire, oh no, he went nuts and got hit with a piece of wood while setting his property ablaze, I suppose.

Why is anyone surprised by the monster after a week? If a monster, and later robot, appear EVERY DAY for several days and destroy things at the same place, at the same time, why is anyone there at the end of the film despite evacuation prior? 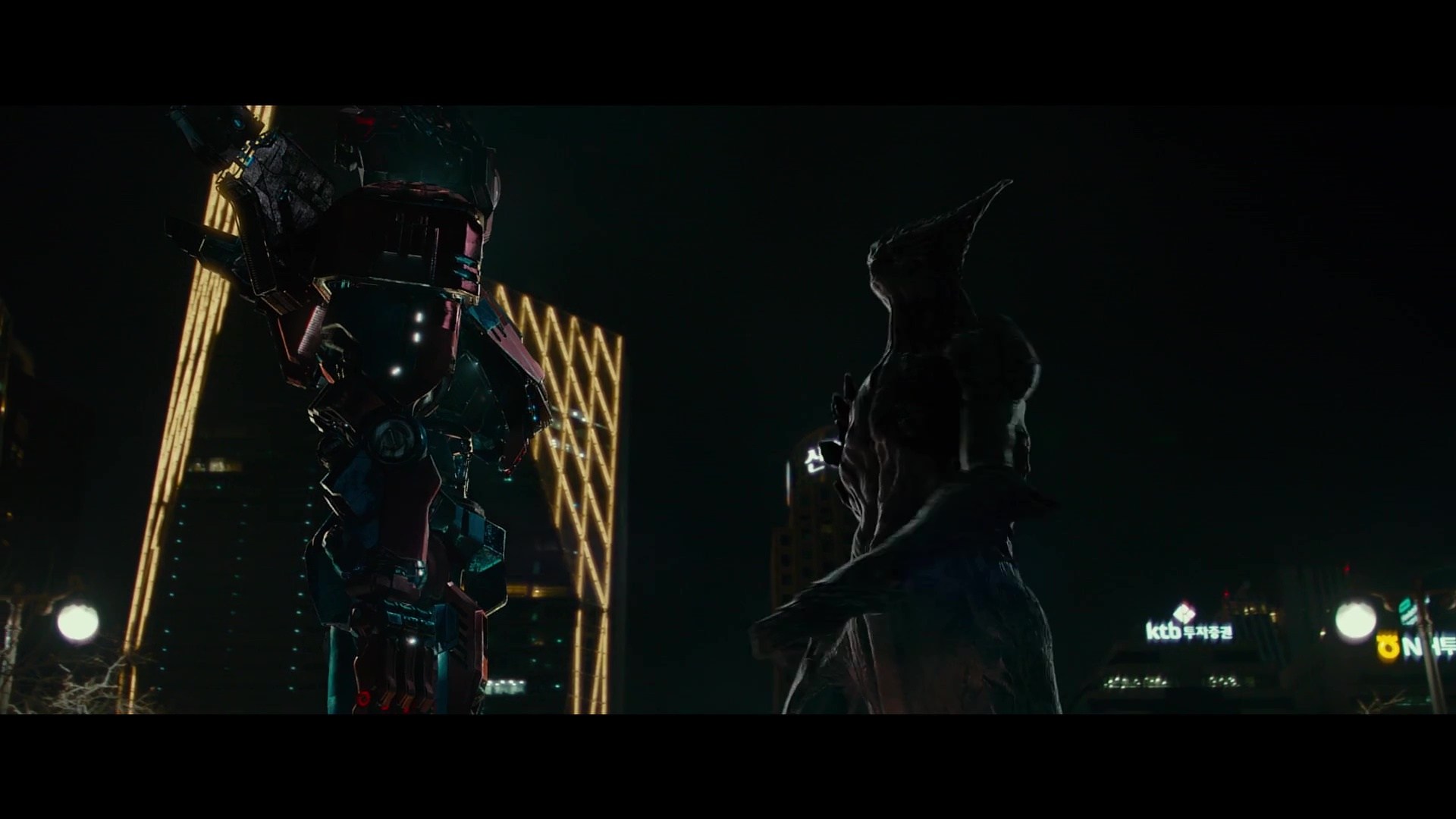 Was this a movie about alcoholism? It continued to be about a monster after she stopped drinking.

In Seoul, there are posters in English that say "Help Seoul" and the police car says "Police" in English. The bartender speaks English. I don't know much about South Korea, but I doubt English is the primary, or secondary, language of it's citizens.

Why did love interest Joel smile at the end? He seems to be good friends with Oscar and is basically always around him, even spinelessly saying nothing while Oscar is tormenting Gloria. Unsure if he realized it, but his boss being brutally killed meant he doesn’t have a job anymore.

Speaking of Joel, what was the romantic subplot? The character had the same significance to the story that Claudette had in The Room.

Is UK pewdiepie - aka ex-boyfriend Tim - supposed to be a better boyfriend by the end or not? Did he learn or mature during the film?

Even if you are a drunk, who drinks beer until drunk every night until 8am and exactly that time? We'll concede he might have had some whiskey now and then as we see him drink it once in his bar but outside of his bar, as far as I can remember, he was only ever shown with six-packs.

What happened to Oscar's kid? We see him and the wife in a photo, and assumptions are made that the wife avoids him, but what about his child?

Where were Gloria's parents? It's their house.

This is a long list of questions, some more easily answered than others. And don't get the wrong impression, this is still a good movie. It's interesting, well shot, and while somewhat bewildering at times, there's an almost enchanting quality to many of the scenes. Many of Miramay's favorite moments in the movie are brief shots of scenery establishing the small, misty town the film takes place in, adding an eerie dreamlike feel to an otherwise science-fiction heavy drama. Maybe our final question, and one that encompasses all the other questions best is: Who is Nacho Vigalondo, and as director of this movie, what was he trying to say? Much like Gloria and her kaiju, we're still scratching our heads.