It is safe to say that everyone at Ominous Glitch is interested in the paranormal. We have had interest in many of the locations in WV, but they were far enough away to keep us from taking a day and visiting. We took a weekend and drove to the furthest location, stopping at other locations as we made our way home. 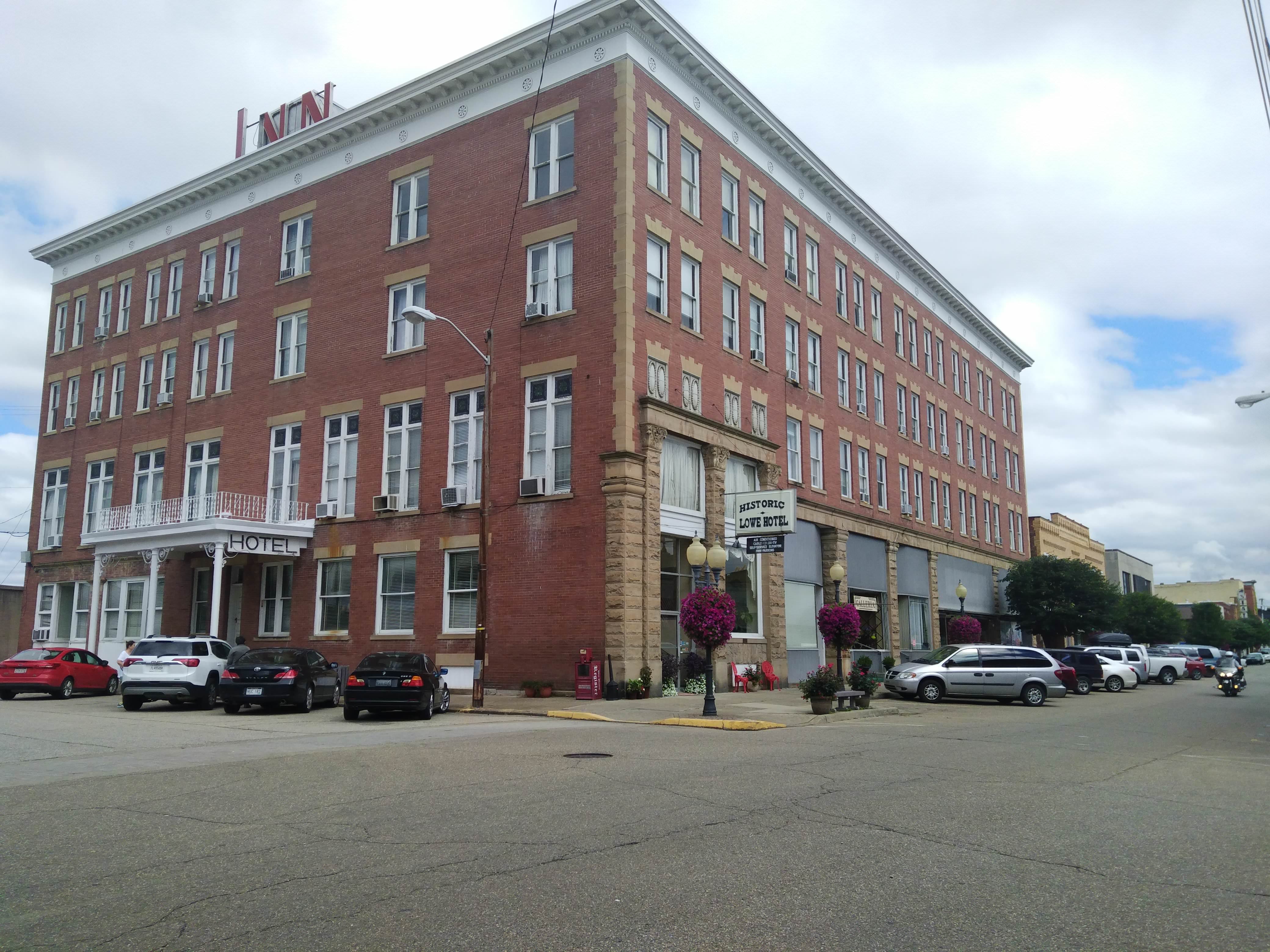 Our first stop was in Point Pleasant, WV to the historic Lowe Hotel. The hotel has more than a century of history, ranging from gambling and prostitution to community events and Christian gatherings, but our draw was the reports of ghosts. Along with the several ghosts that have been reported in public areas like hallways and the grand ballroom, in particular room 314 is reported to be haunted by the ghost of a man in 1930s clothing. We got in at around 3:30 in the morning and were up early, so our time in the room was shorter than we would have preferred, but the hotel is definitely beautiful, unique, and feels very much like a location would would be prime for ghost tales. 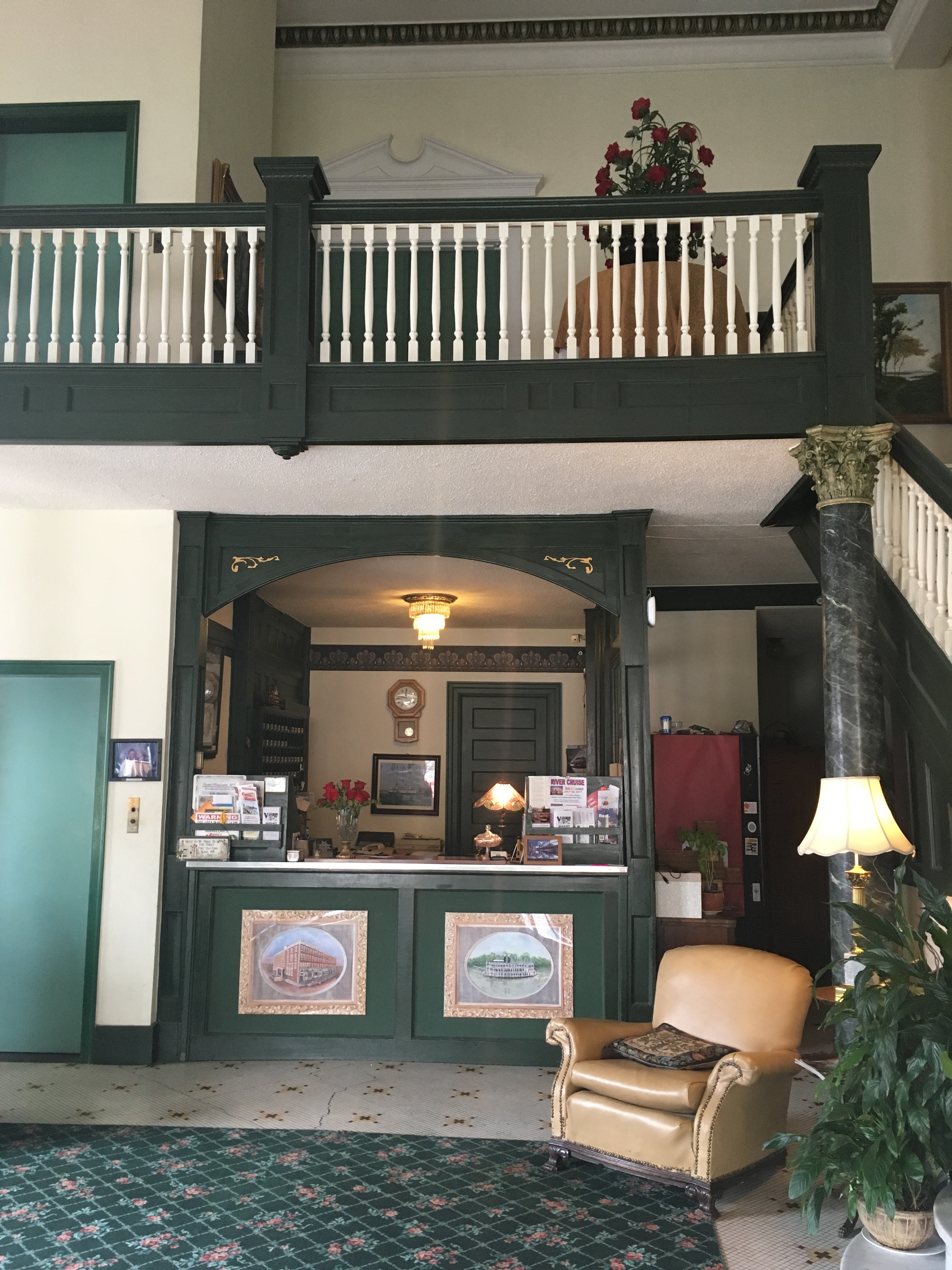 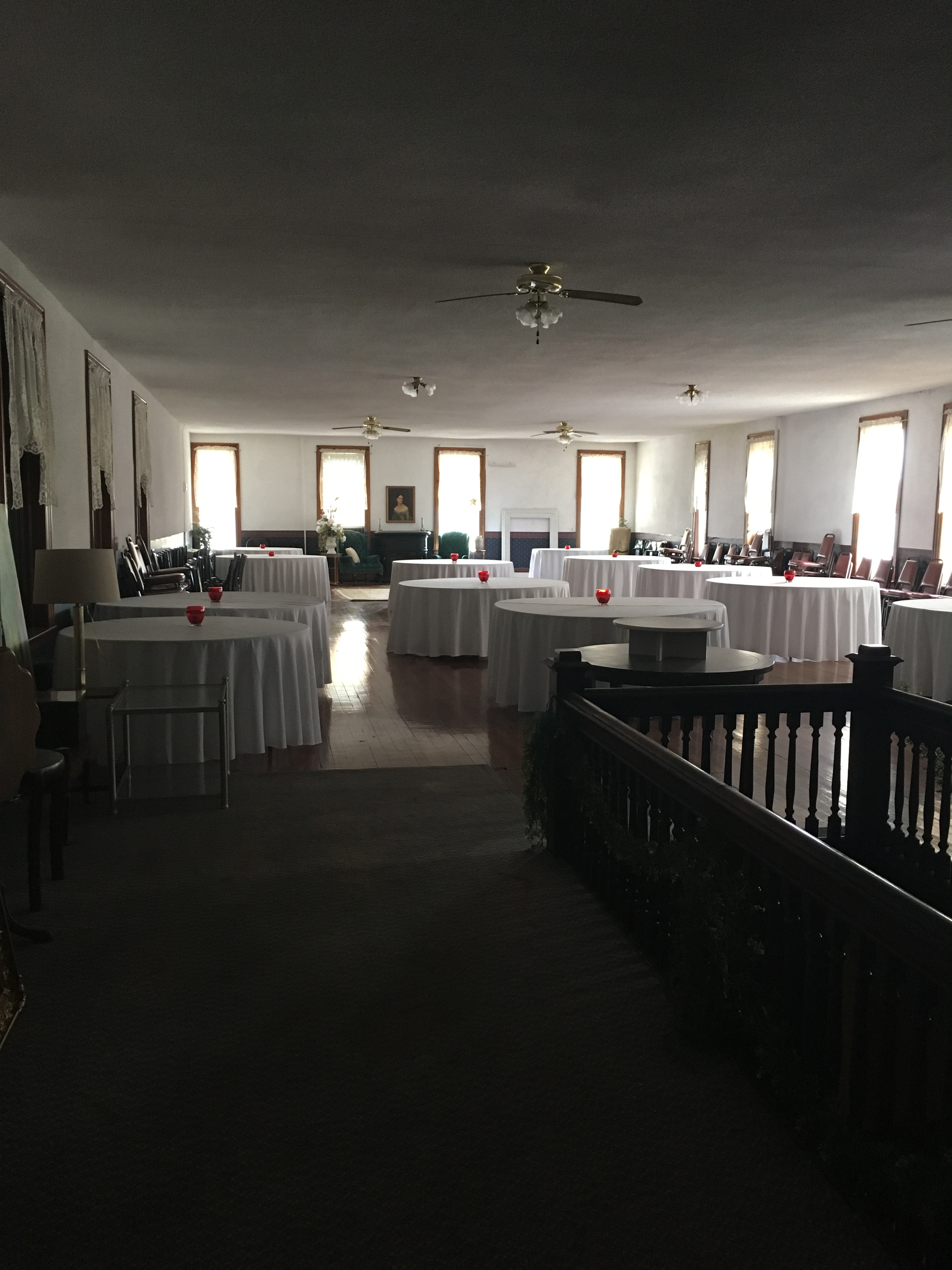 Specifically in room 314, there is a painting by an artist who has a studio in the hotel of an apparition he saw visiting his father in Hospice and a framed memorial to a family member of the hotel owner who passed. It definitely assisted the spooky atmosphere. 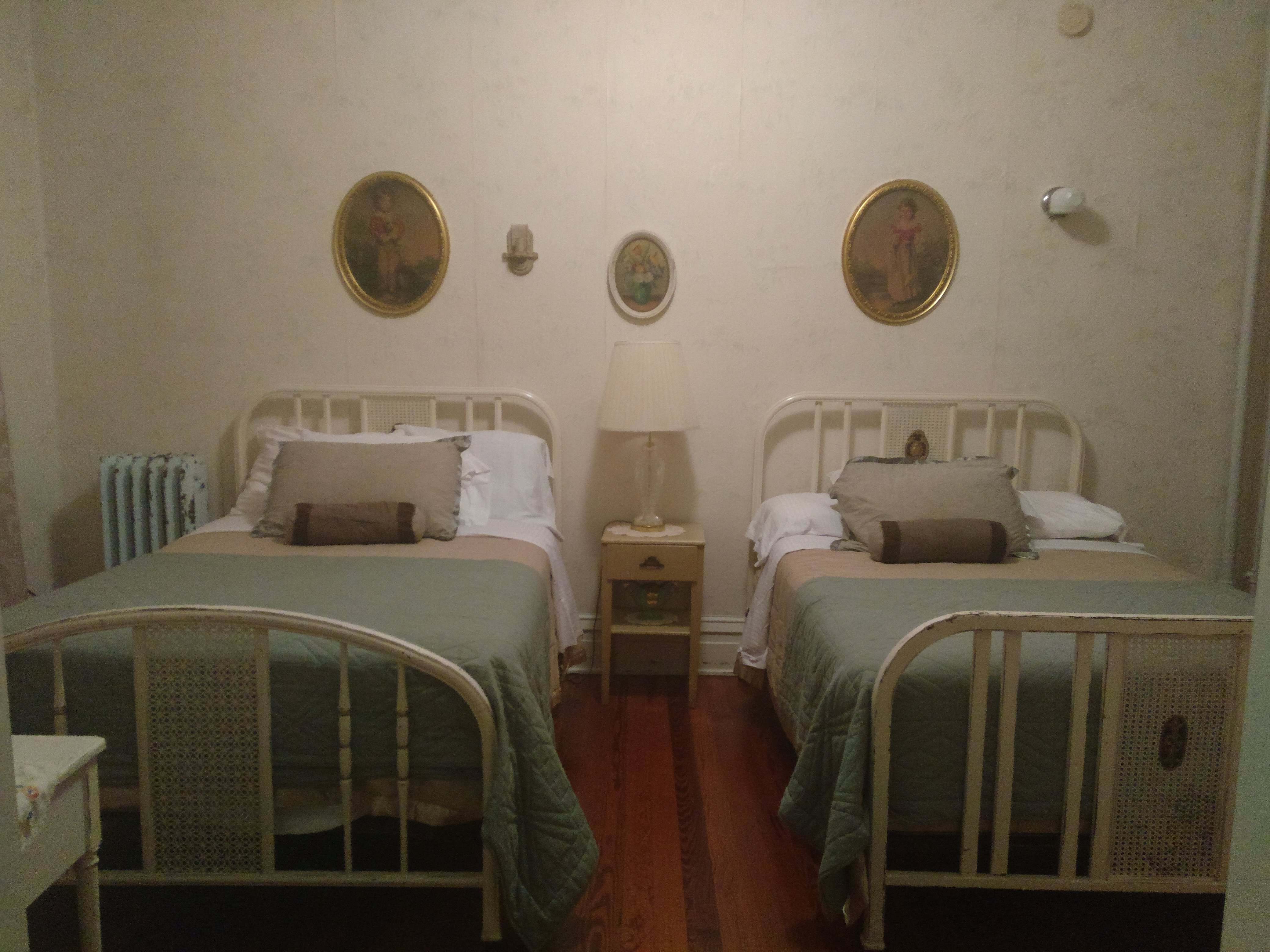 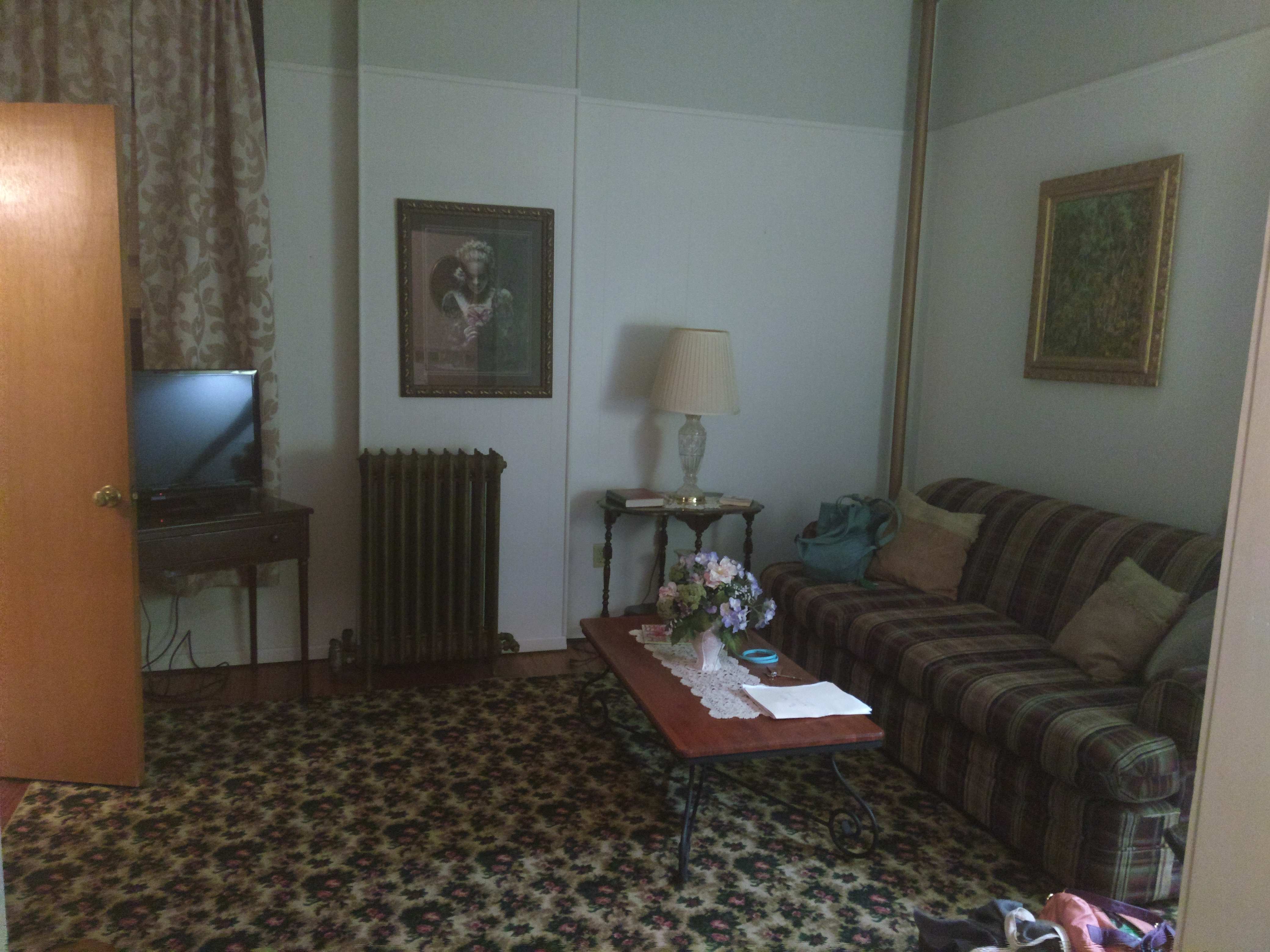 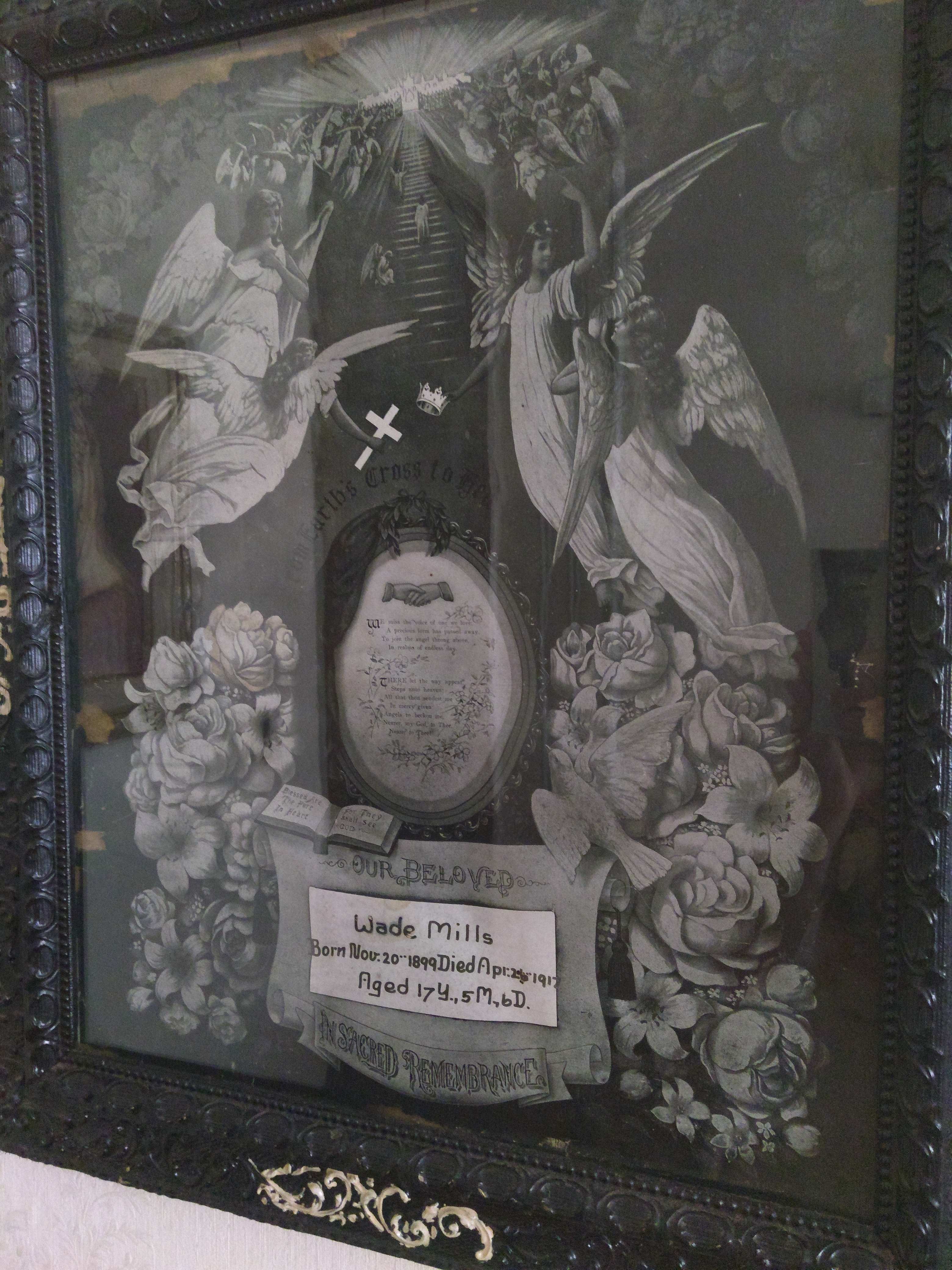 The main interest for many with a desire for paranormal experiences is the mythology of the Mothman. Directly across from the Lowe Hotel is both a Mothman statue and museum. As easy as it would be for the museum to be something of a roadside attraction, the information and history available is well curated and displayed. It is sectioned by historical information about the sightings and collapse of the Silver Bridge, props from the 2002 film, a display about John Keel, author of the book the film was based on, and displays of art and media made of the creature. It's well worth the price of admission, $3. 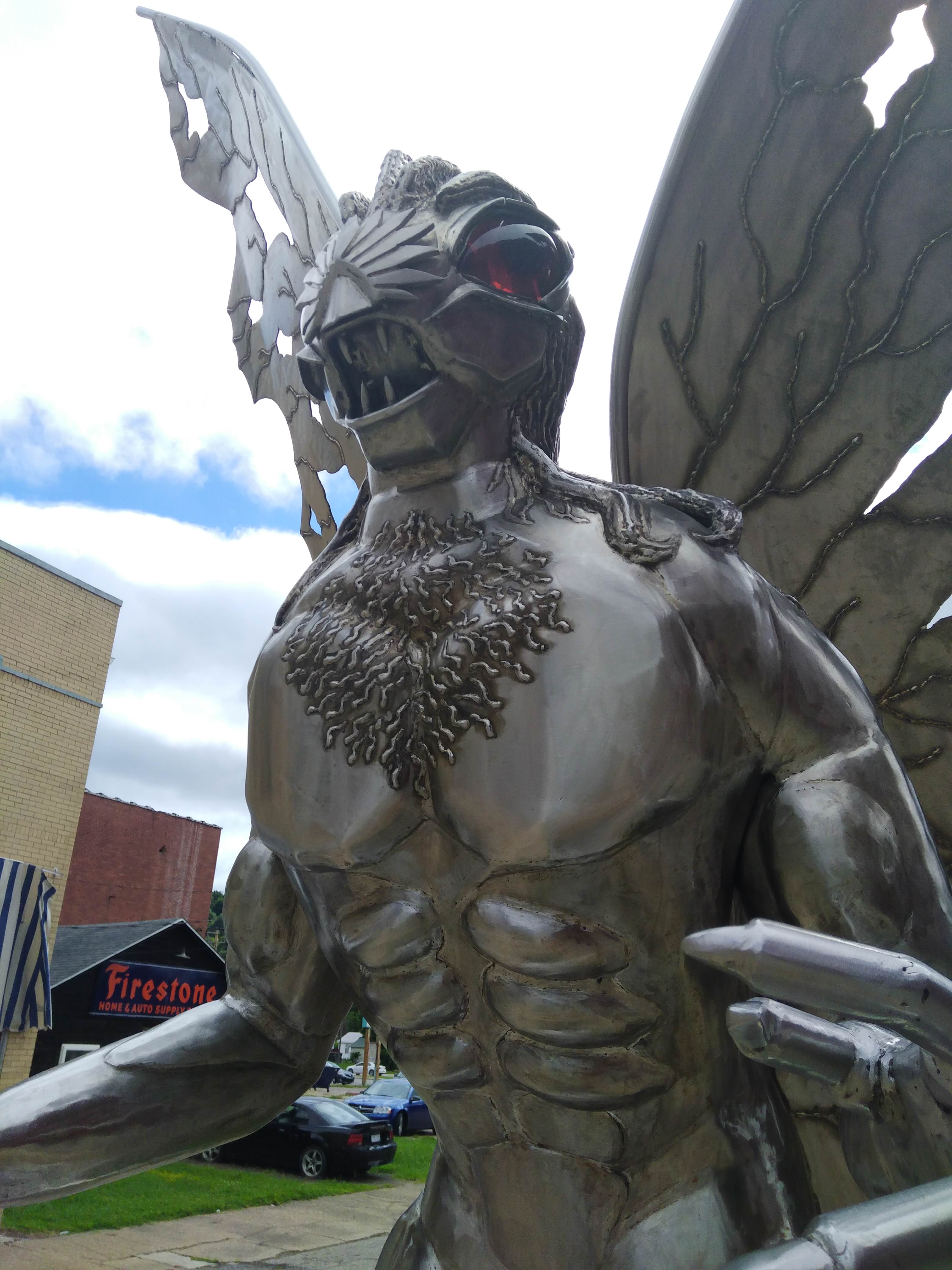 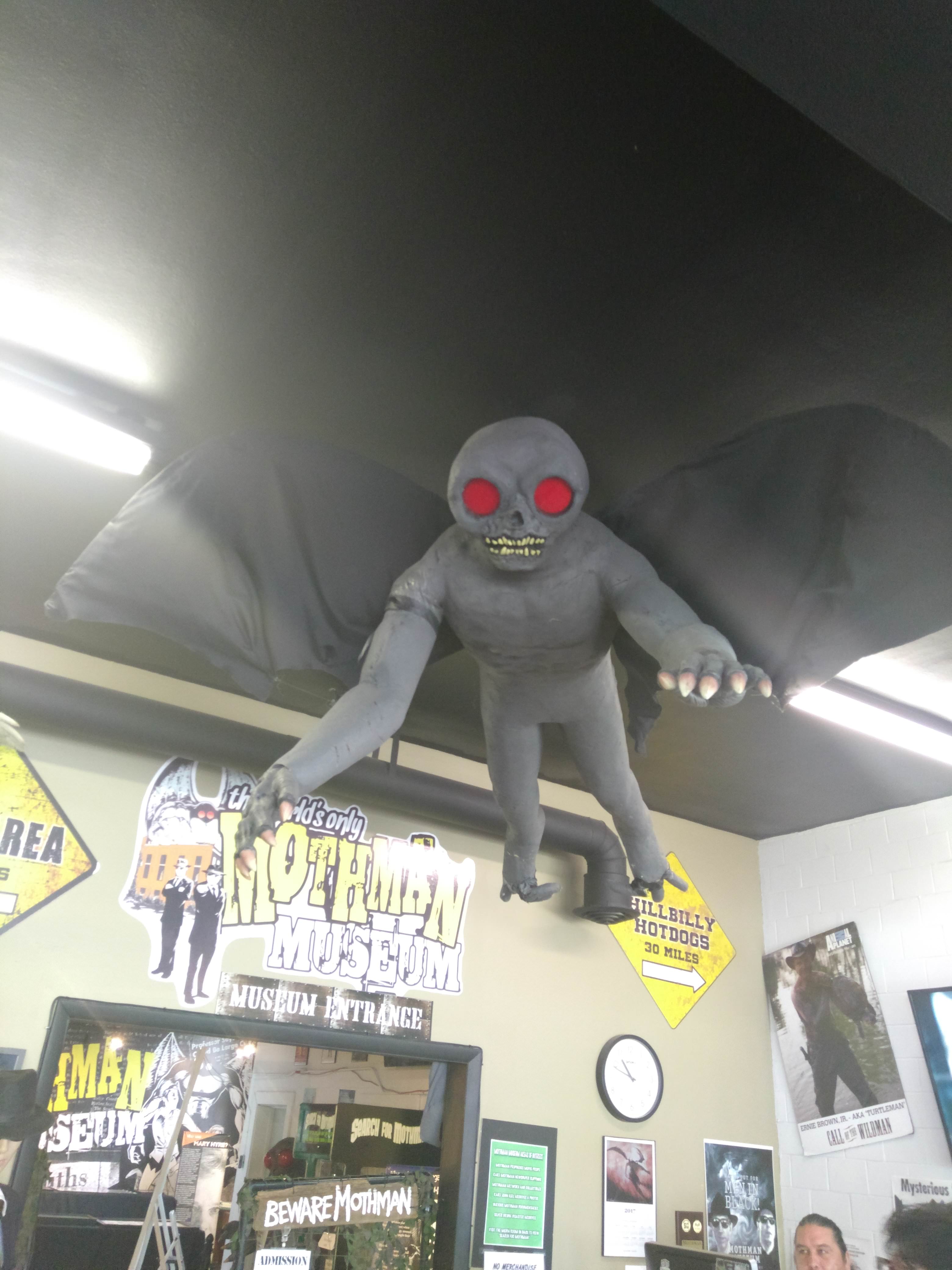 The town itself seems to be thriving from the popularity of the Mothman, with everyone we spoke to either being a local or someone visiting like us. The coffee shop across from the museum had Mothman coffee and a face-in-a-hole, which seemed to be a common element of most of the locations we visited.

Two hours away from Point Pleasant is the location of another West Virginia cryptid, the Flatwoods Monster in Braxton County. The creature interests us because it not only was sighted by many people, but was seen by a group following a crashed object and all later were made sick by the fumes from the crash. Flatwoods is embracing their history after the success of the Mothman museum though the locations are less central. The Visitors Center has a display about the creature, a few local shops sell merchandise, and five chairs that resemble the creature that people claimed to have witnessed are places around town. Our main interest was to visit the crash site itself, which was more difficult. A walk around an electric horse fence through maybe a quarter mile of private property brought us to the tree that died shortly after the sighting of the creature. A Facebook page titled The Flatwoods Monster confirmed that this was the tree. 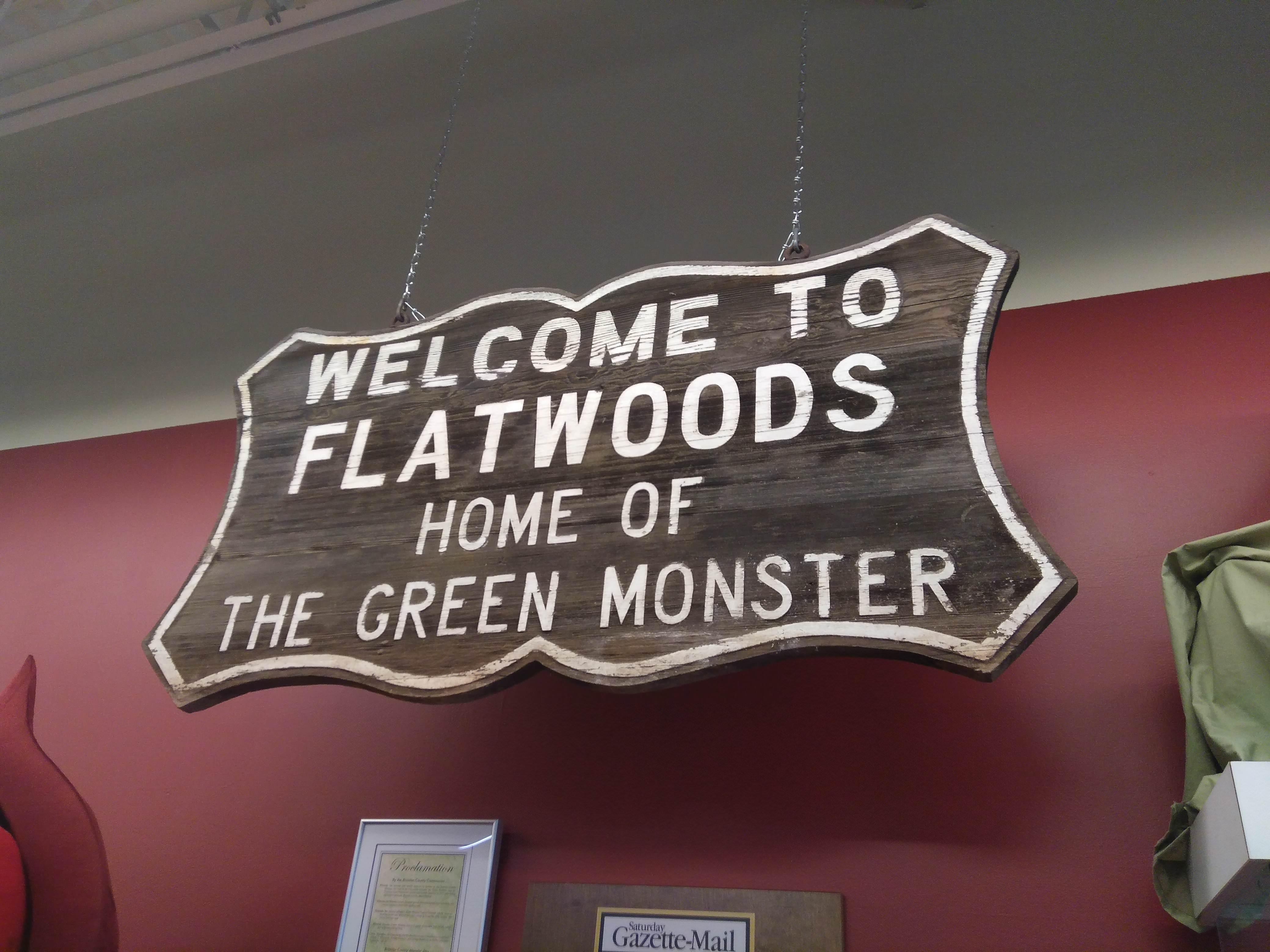 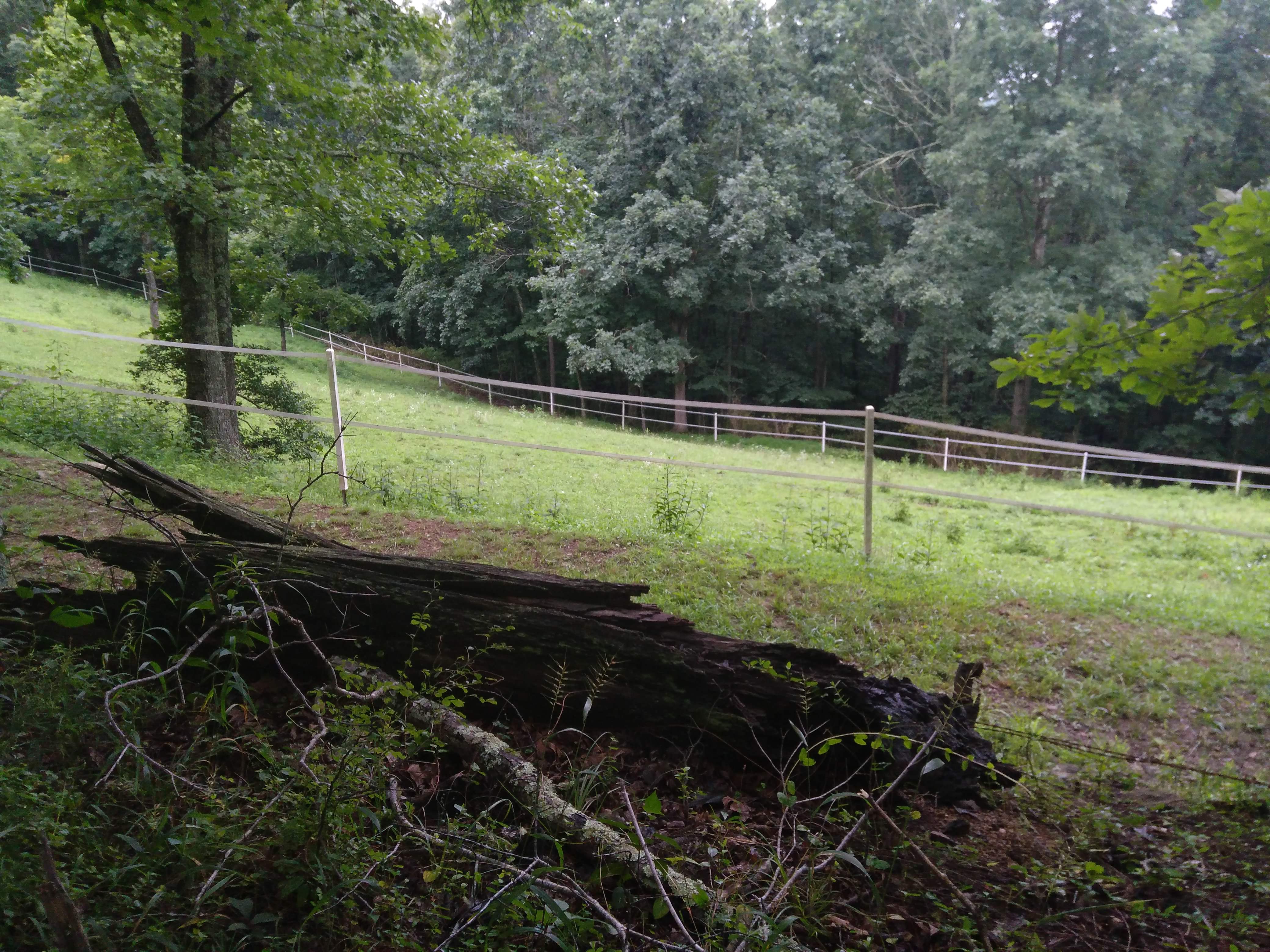 A short drive from Braxton is Weston, WV, the town that holds the Trans Alleghany Lunatic Asylum. The location is known for terrible conditions for patients for over a century and considered the most haunted place in the country. The asylum has been reopened for tours that raise money for the reconstruction of the facility. The staff was great and the location itself is beautiful and haunting, no pun intended, but the paranormal tour seems to vary based on the people that participate in your group. Had we not been the last group, we would have asked to stay back when the tour started and go with the next group, as the people we went with were extremely disrespectful, loud, and frustrating to the point that the guide eventually gave up. We asked a question and he thanked us for caring and told us he decided that the others weren't worth bothering to try to educate. If you want to see the paranormal, you will want to be quiet and pay attention. 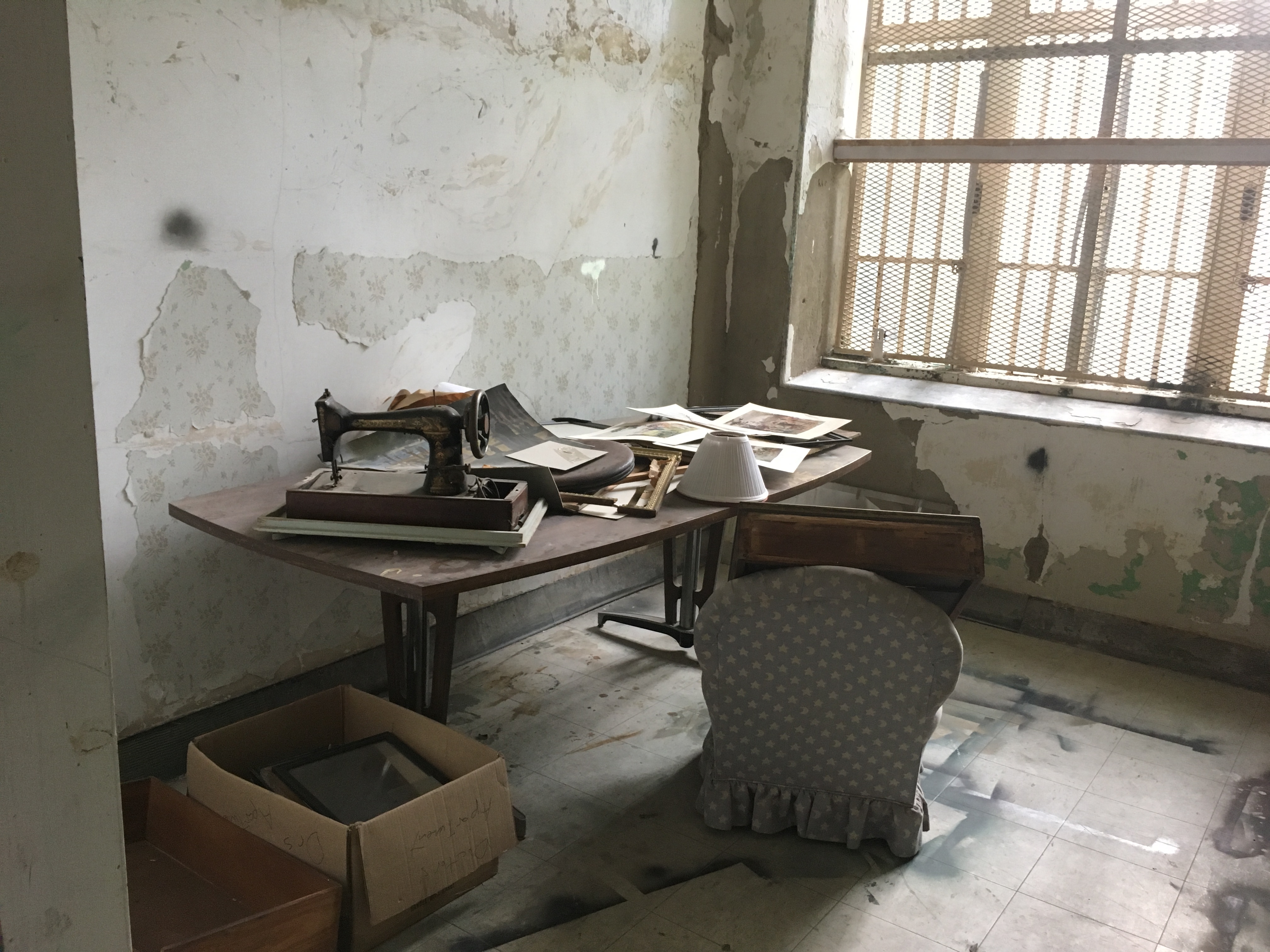 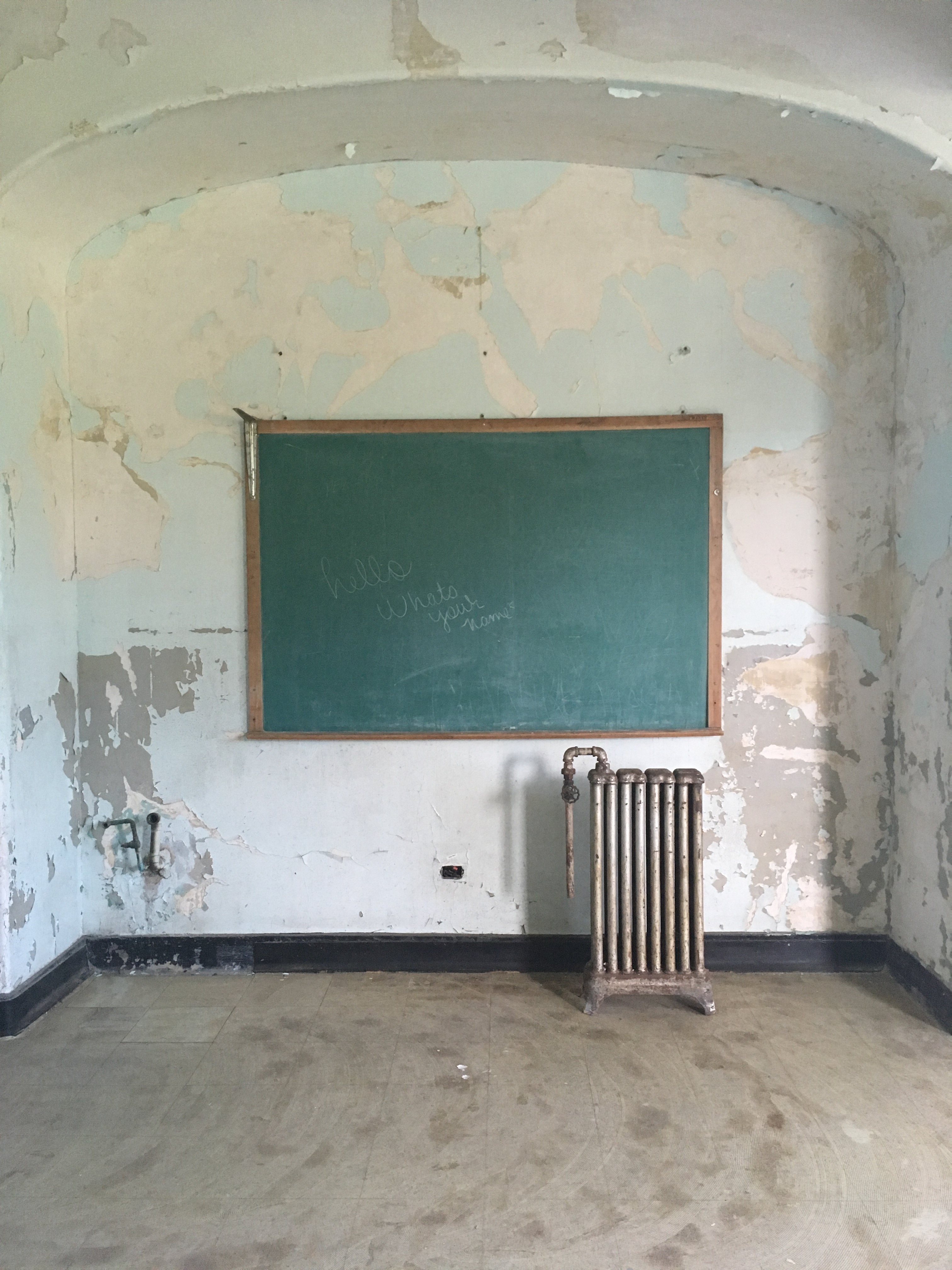 Our last stop for Saturday was the least reliable story of haunting. The Hotel Morgan in Morgantown, WV is rumored to be haunted in room 314 by a girl who drowned in the bath. The hotel itself is very peculiar, having started as a high end hotel, becoming overflow housing for WVU, and being renovated to return it to something more modern. The downstairs looks high end, which the individual rooms feel homey if not outdated, like part of a residence from the 70s. 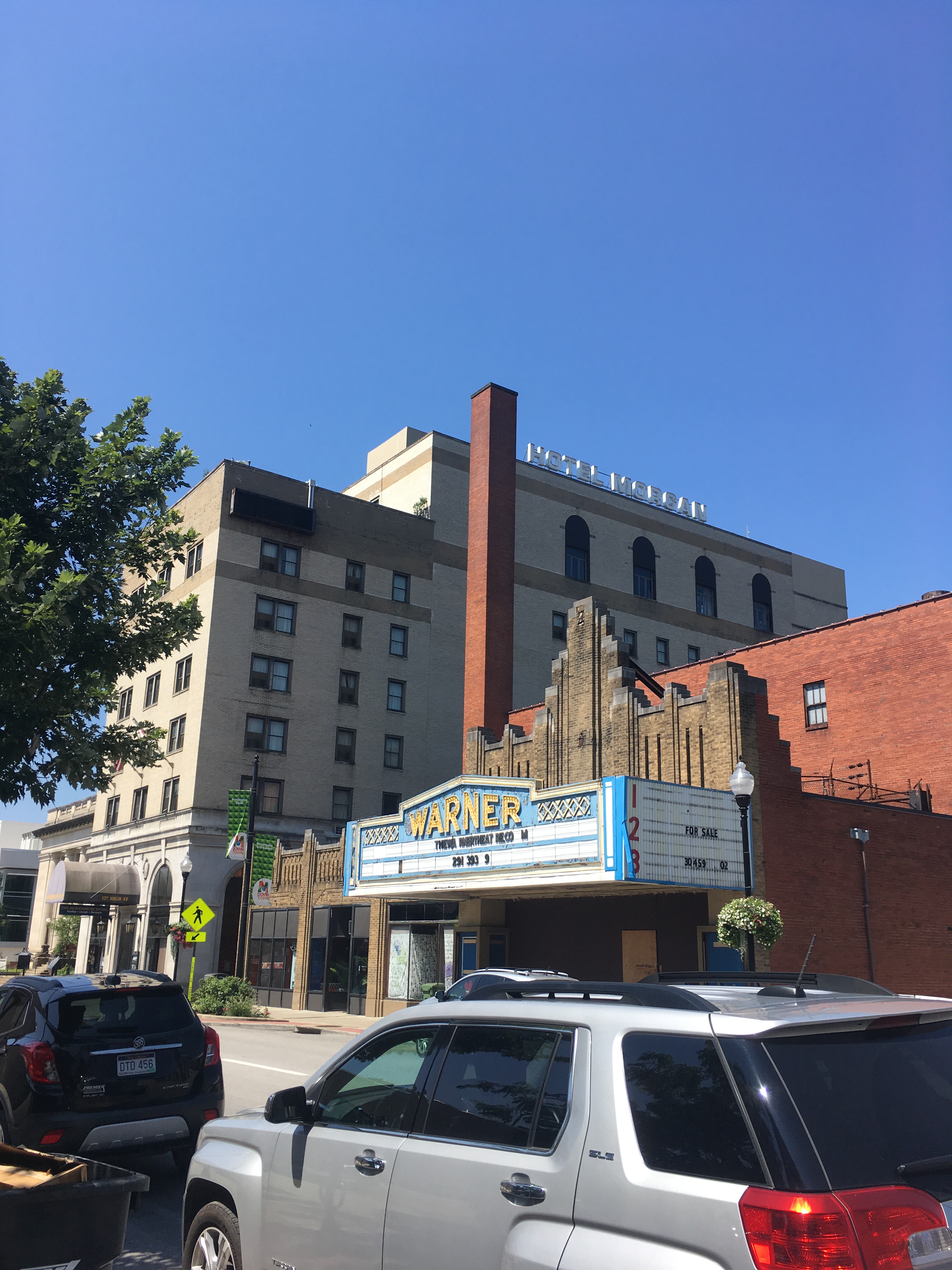 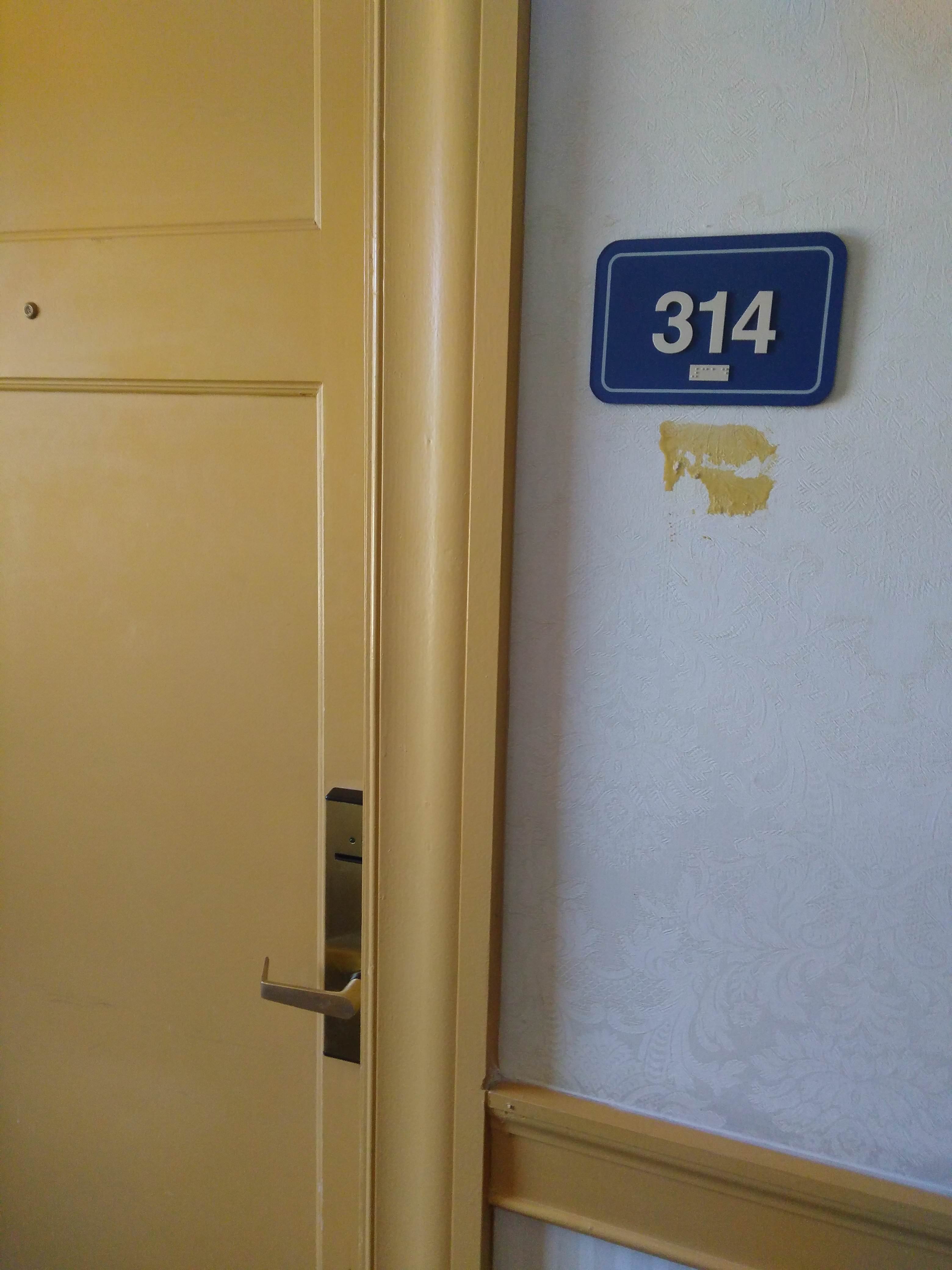 After taking time to rest, we visited the last location on our tour Sunday in Kecksburg, PA, the site of a UFO crash around the same time as the Mothman sightings in 1966. We stumbled onto a UFO festival, which was something of a themed carnival and tables of items for sale. The UFO replica was constructed for an episode of Unsolved Mysteries. 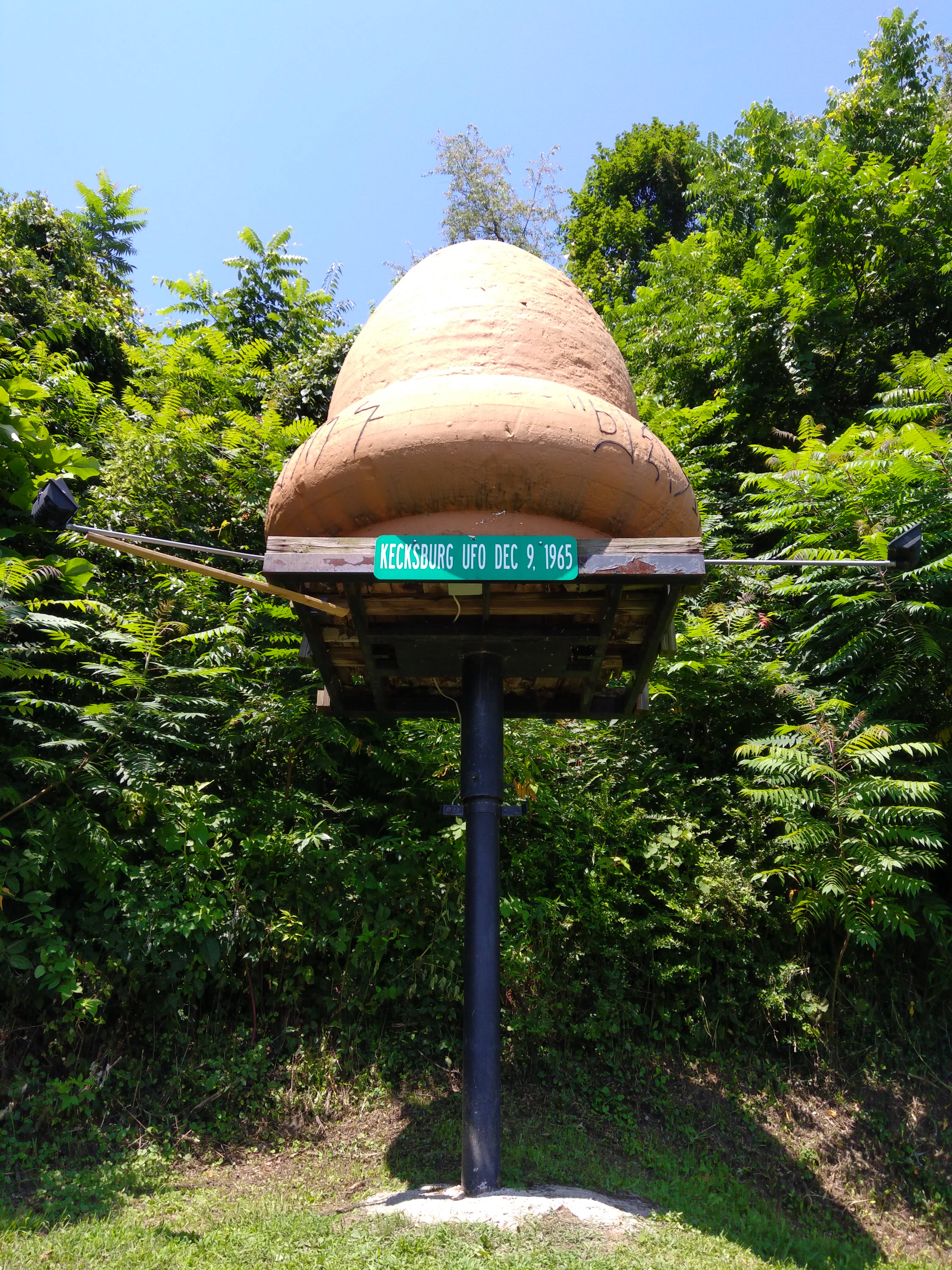 The festival included paranormal authors and a group of filmmakers working on a film about the crash. You could several Men in Black watching the locals. We drove as close as possible to the location of the crash, but it was private property and a local who saw the crash as a child warned us the person who owned it was himself a frightening creature. 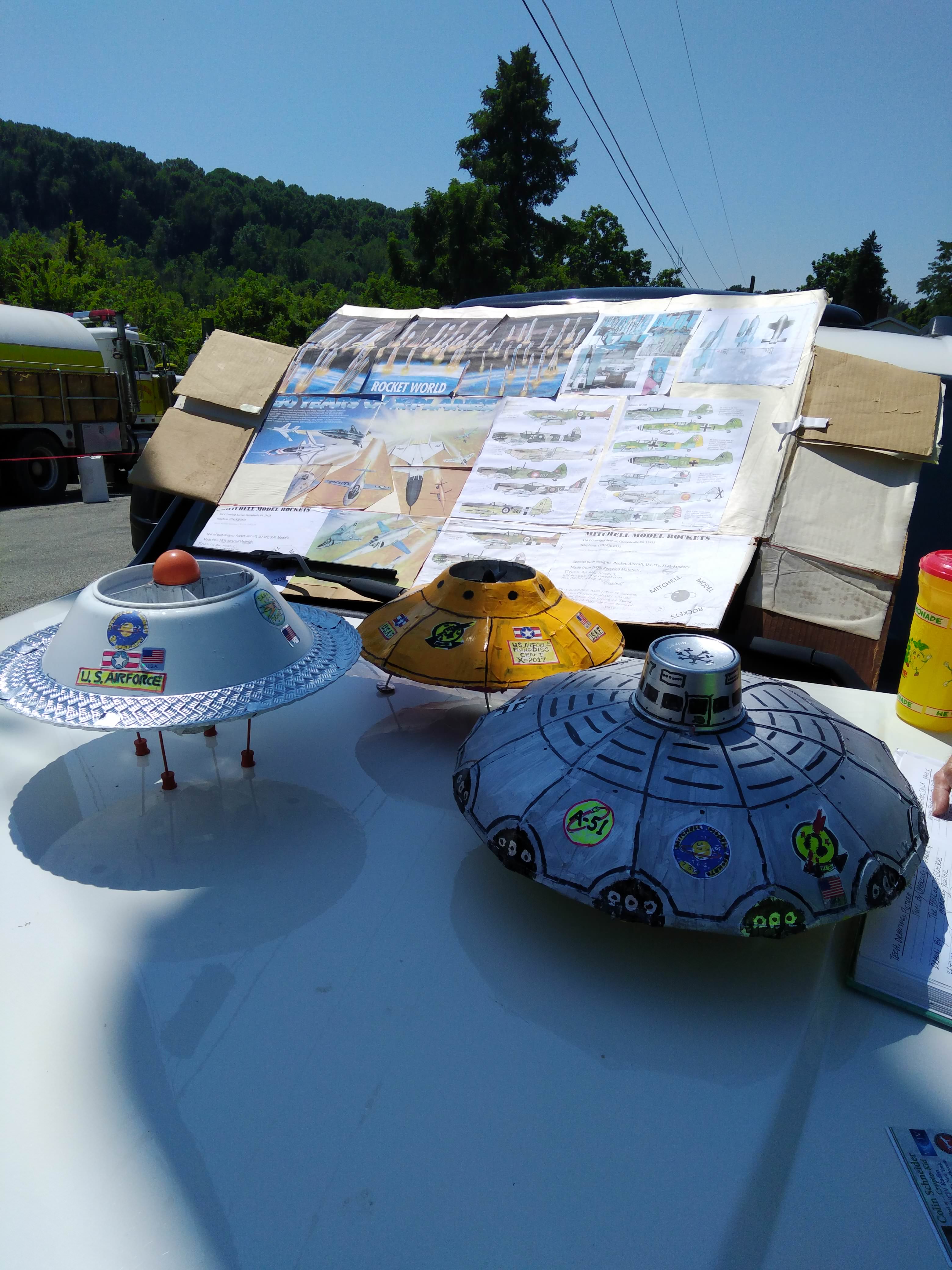 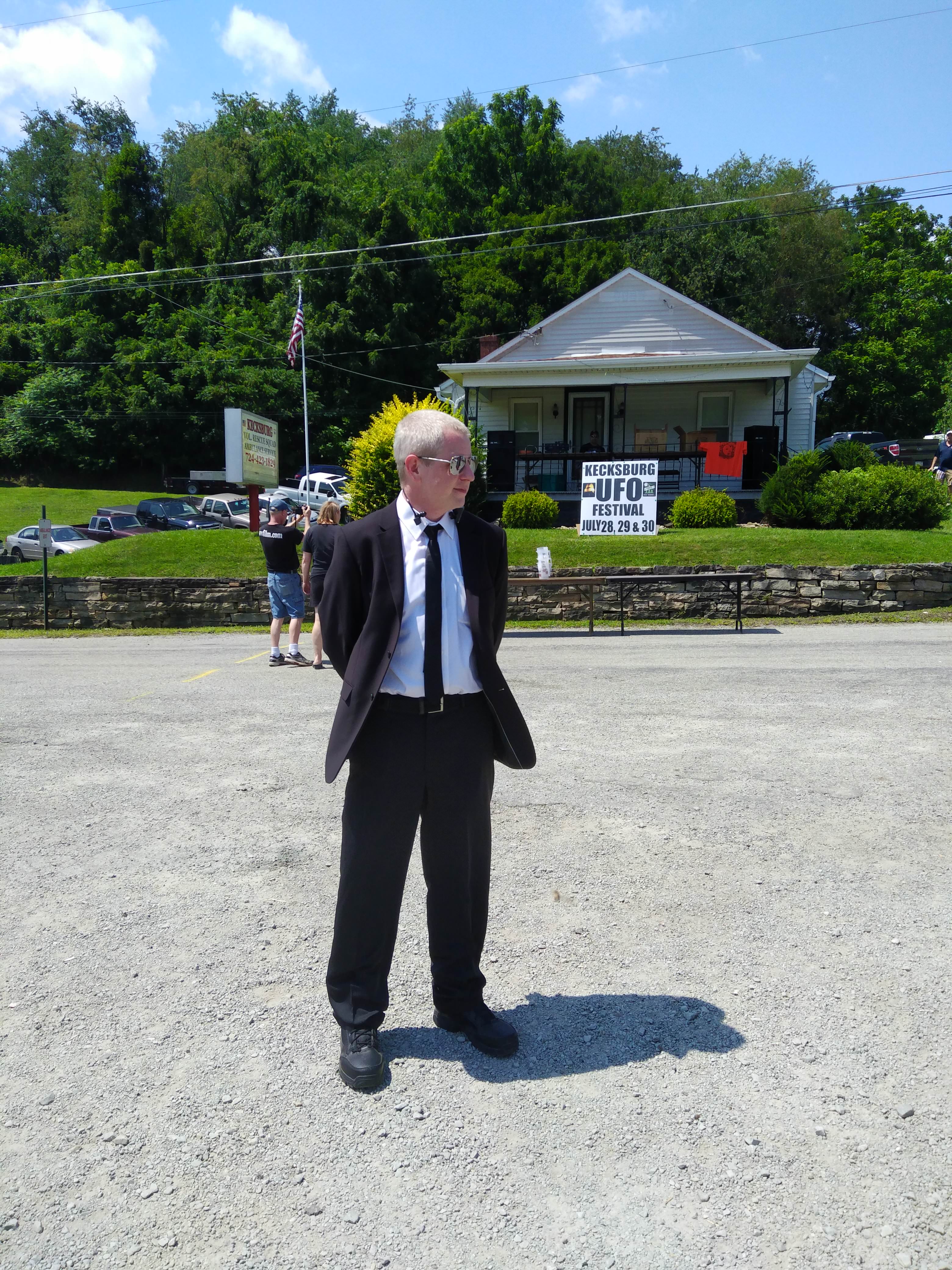 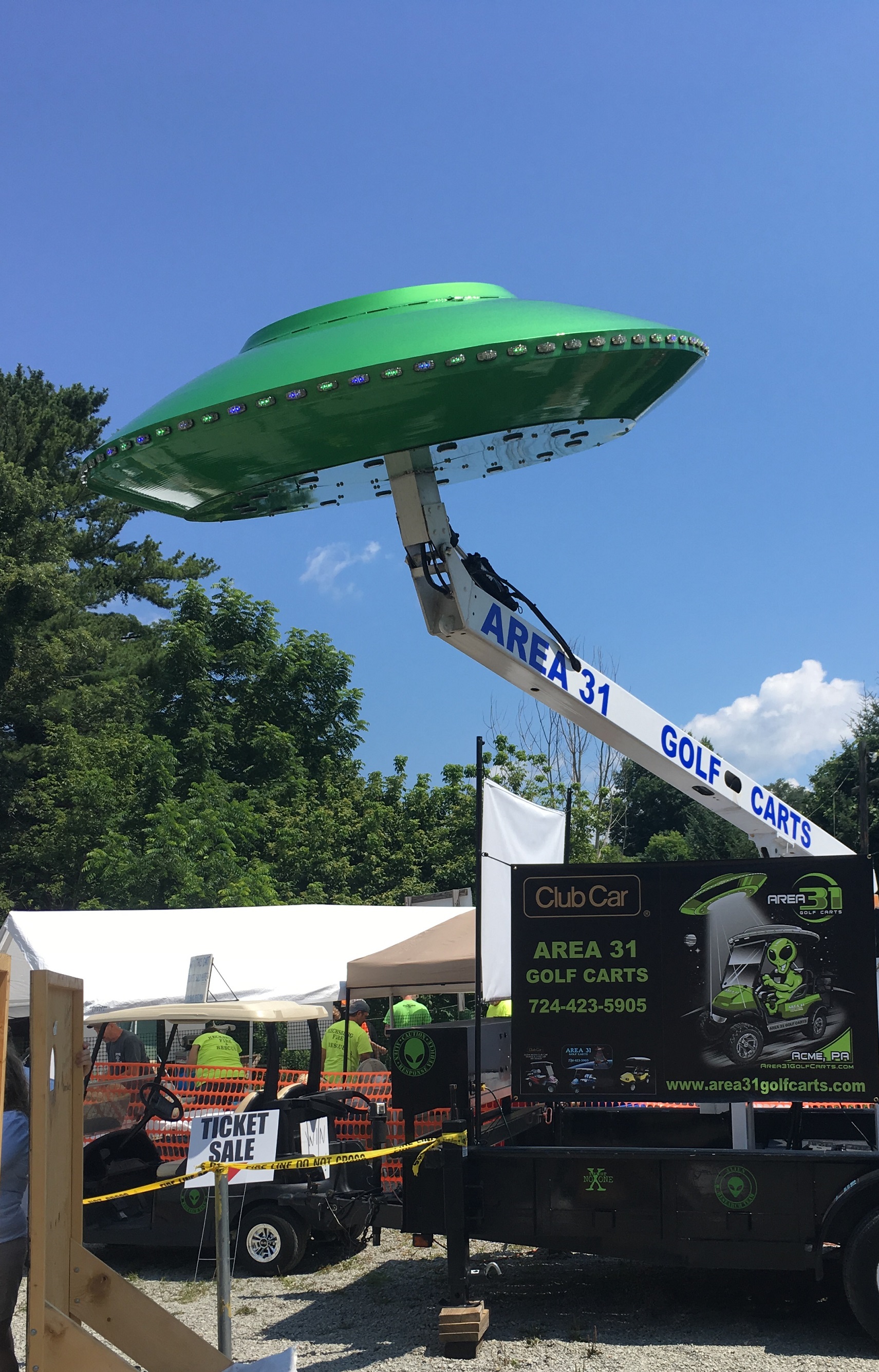 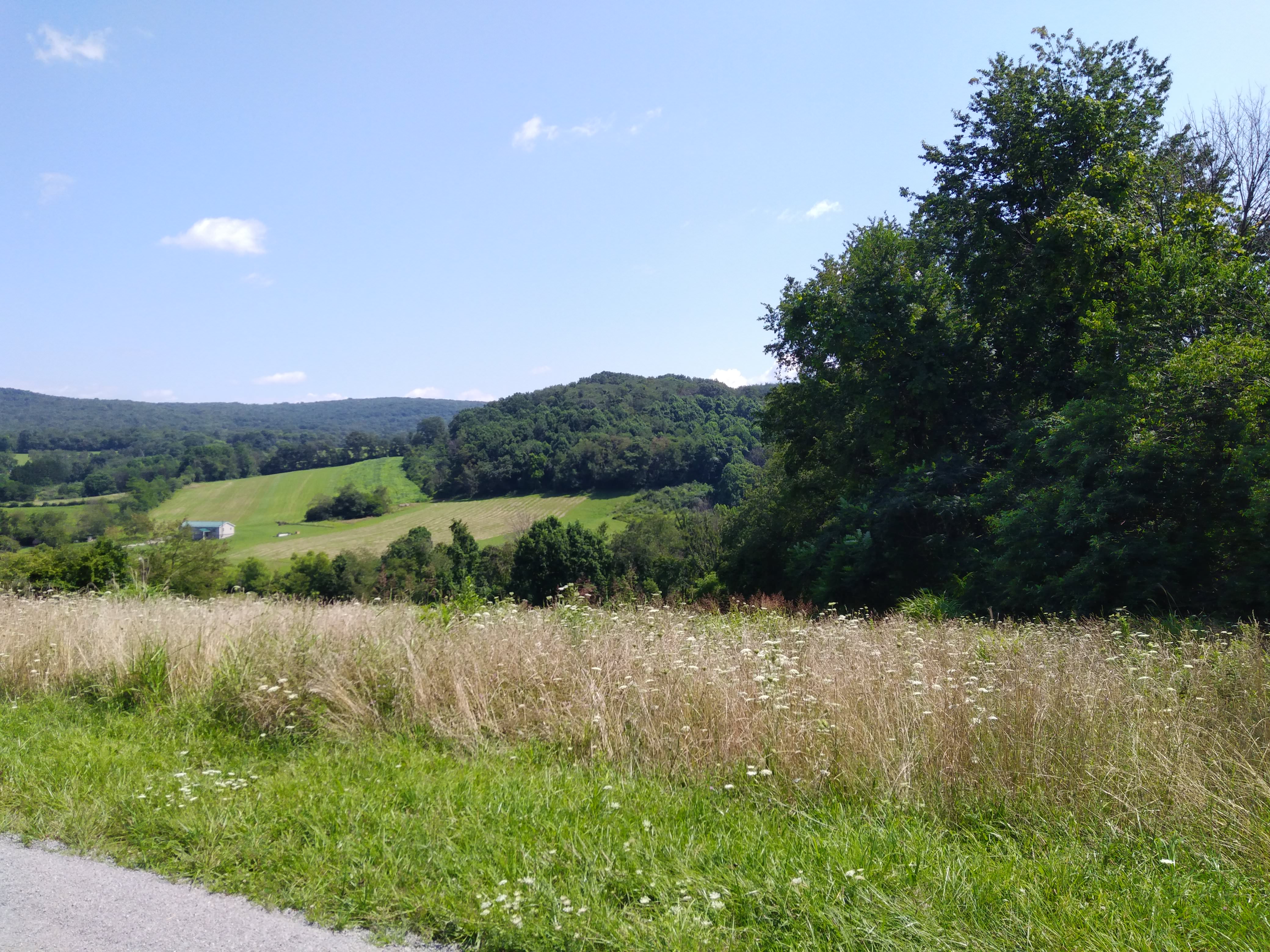 In all, while we thought a visit to these locations would appease our desire to spend some time researching these events, they only made us want to spend more time at each. We can recommend any of these stops for someone with a draw to oddities and history.