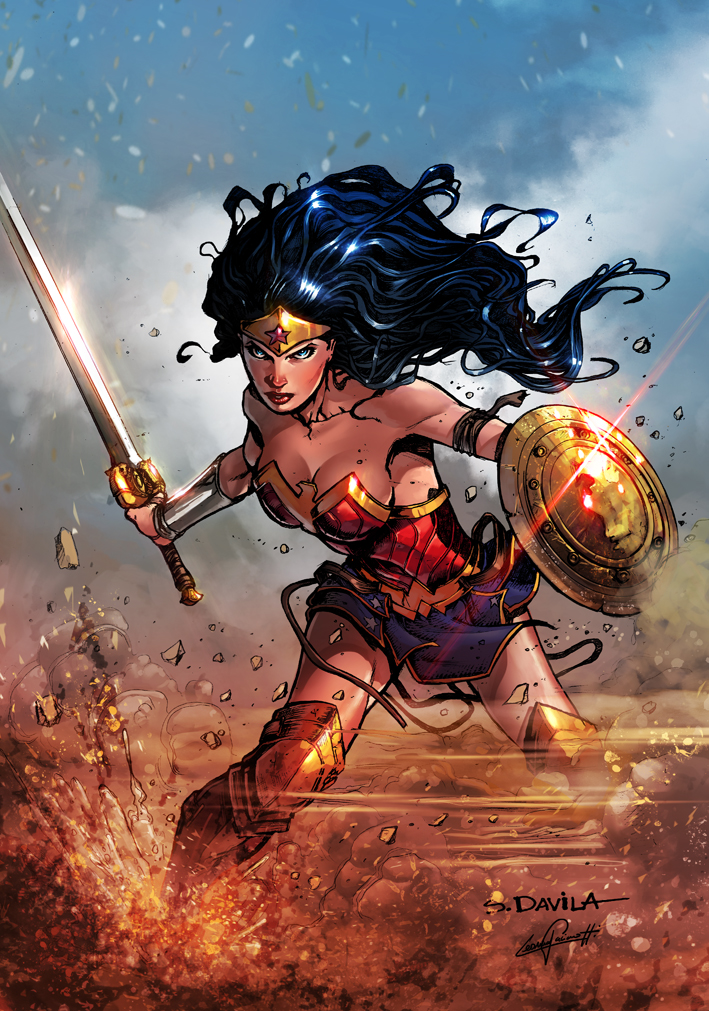 It makes sense. Wonder Woman is from Themyscira, an island inhabited entirely by women, unvisited by man. The origin of the occupants vary somewhat, as any central location in comics 75 years running would, but in general, it’s decidedly a paradise for Amazon women who have removed themselves from the company of the evil men of ancient Greece. Post-Crisis, it was established that they were the reincarnated souls who had been killed unjustly at the hands of men. Current Wonder Woman writer Greg Rucka recently confirmed that the character is “queer,” by his definition, “involving, although not necessarily exclusively, romantic and/or sexual interest toward persons of the same gender.” In other words, they do not define their sexuality by the hetero-normative confines of a “man’s world.” This really shouldn’t surprise anyone. Themysciran women would struggle to be attracted to something they have never seen, or at least met, before. The easy joke is that they are constantly surrounded, raised, and nurtured by beautiful, strong, ageless women. The rumor of Wonder Woman’s possible affinity for both sexes is roughly as long-running as jokes about Batman and the Boy Wonder sharing a sleeping space. Rucka’s admission places this rumor in canon. This isn’t without precedence. In her earlier writing, the character is shown as implying a woman could benefit from the company of a partner of the same sex. She has mentioned she has neither a boyfriend nor a girlfriend when speaking publicly about herself, as well as officiated a wedding between two women. 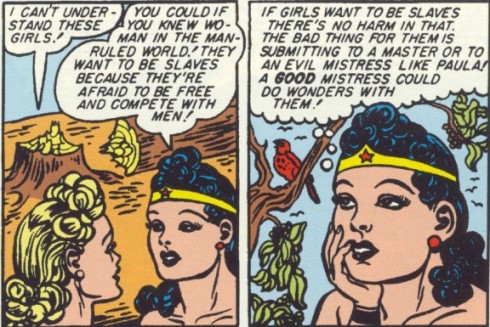 He also tackles the issues of objectification and labels. Wonder Woman’s documented relation to the fetish and BDSM community often places her in more of a place of stimulation and representation. “This is inherently the problem with Diana: we’ve had a long history of people – for a variety of reasons, including sometimes pure titillation, which I think is the worst reason – say, ‘Ooo. Look. It’s the Amazons. They’re gay!'” However, he claims that a place like Themyscira, much like the ancient Greek culture they derive from, wouldn’t have such labels. Sexual interest is fluid. Rather than it be an issue or point of conflict, Rucka suggests, “It is what it is. This is how the Amazons live.”

No matter how reasonable and logical it is to some, there will always be detractors when giving minority groups more visibility in fiction. Ranging from “who cares?” to “the death of the majority,” comments have flooded forums and social media, none of which I will dignify with re-posting. Instead, I spoke with some Wonder Woman fans who cosplay the character to get their opinion.

“I think it’s a fantastic move on the writer’s part. Wonder Woman is one of the first ever female superheroes, and to openly confirm her sexual orientation is fantastic,” says Carrie Marie. “Wonder Woman’s sexuality is not something that I’ve ever actively thought about. However when it was announced, I had one of those, ‘oh, hmm, well duh, that makes sense now that I think about it’ moments,” said Suzanne Lo. She went on to say that, as Wonder Woman and the inhabitants of Themyscira aren’t depicted as asexual or living an austere lifestyle, often depicted sexually with men, then it should only be logical that she and the others may be bisexual. 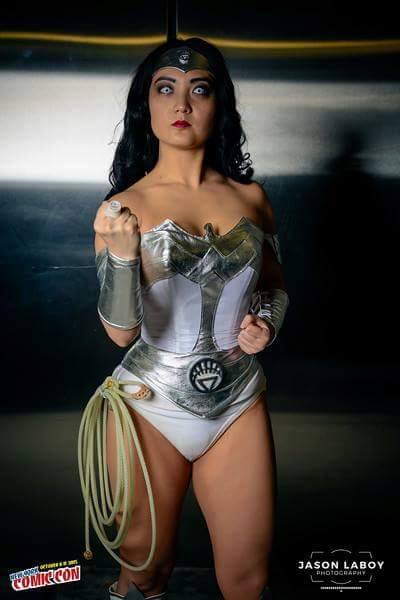 “As a bisexual (straight passing, as I’m currently in a wonderful relationship with a wonderful man) woman, yes I do (feel representation is important). If someone had told me “look, Wonder Woman likes boys and girls, so there’s nothing wrong with you” when I was much younger, I would have been a much happier child. I adored Wonder Woman as a girl. I still do. When the media still portrays bisexuals as “greedy” or “slutty” or “indecisive”, when characters in media are obviously bisexual but coyly refuse to define their orientation or just have it skipped over entirely, there’s a problem. We can name plenty of gay couples and characters on TV, but try to think of one bisexual character you’ve seen in media. If it took you way too long to remember that Annalise Keating from How To Get Away With Murder is bisexual, I don’t blame you, because they never actually say it. Her female lover only ever says “we’re just friends having fun.” Only 14 characters on prime time TV right now are bisexual and all of them are pretty much stereotypes, according to a study by GLAAD,” says Marie. “There are societal norms that discourage minorities of any type from a whole range of possibilities,” says Lo. Without representation, we would be unable to counter the outdated concepts about people being confined by their label. “It’s someone telling a girl she shouldn’t play sports because it’s not ladylike. It’s a teacher telling a girl in a STEM class that it’s ok if she doesn’t understand the topic because it won’t matter. Having a counter to that sort of everyday messaging is extremely important.” If anyone can speak to the capabilities of a woman in fiction, a self-reliant, intelligent, and physically capable character like Wonder Woman does. 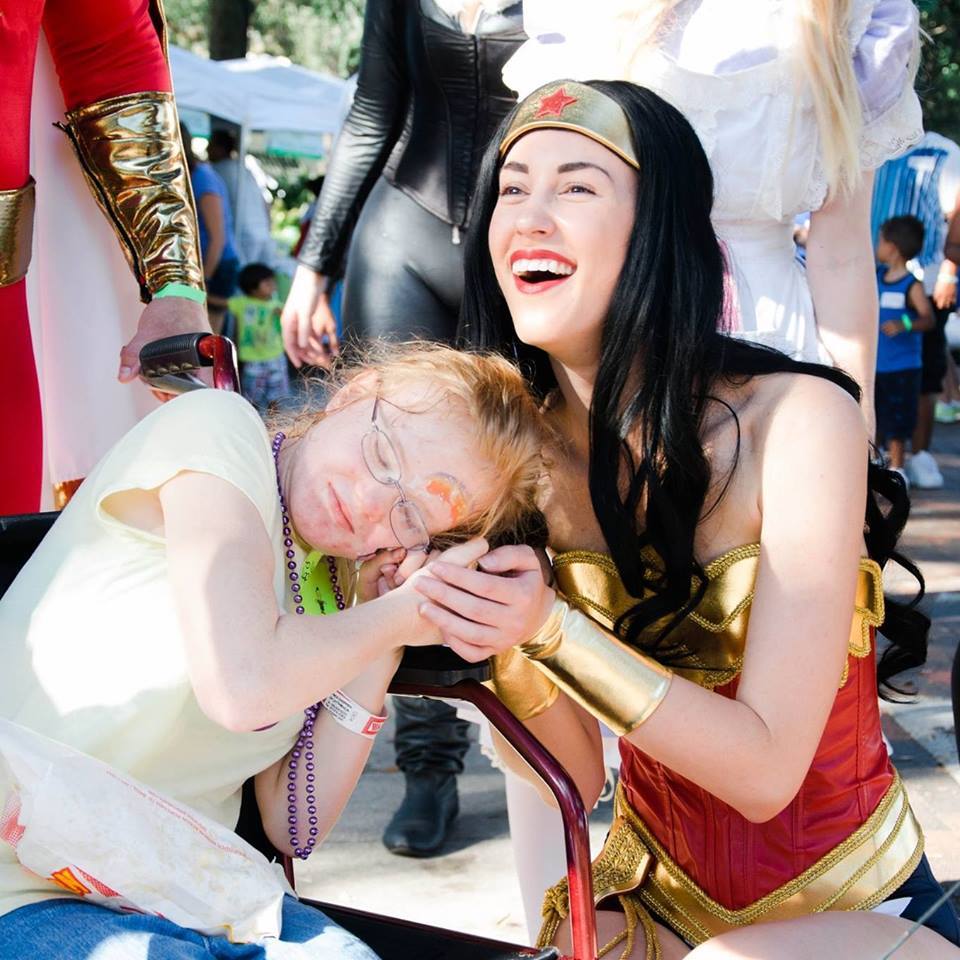 This difference in representation is important to note. A 2015 study found that 1 in 3 young adults in the US identify as on a bisexual spectrum. Other sources suggest different, lower, numbers based on the rigid definition used for sexuality, which is why I chose not to include those: we are discussing representation based on a culture where rigid sexuality titles have no purpose. A recent study found that bisexuality statistics are going up, as well. Others have found that women are more likely to identify as bisexual than men, and many attribute that to a culture in which women being affectionate with other women is not criticized, while male affection would be. There are a few homosexual superhero characters in DC canon, including Kate Kane and Renee Montoya, as well as female villains that have used their sexuality as a tool to control men and suggested relationships with other women to be more genuine. Harley Quinn recently was confirmed as being romantically connected to Poison Ivy, to similar reaction as the announcement of Diana Prince. The primary difference is cultural, and because of that, there’s really no reason to be surprised by her lack of conformity. “When wonder woman’s character was created our society was not ready to accept bisexual preferences, however that has changed a lot,” said Allure Cosplay. “We have evolved in being more accepting of one another and since the character has been around so long it makes sense for her to evolve as well.” 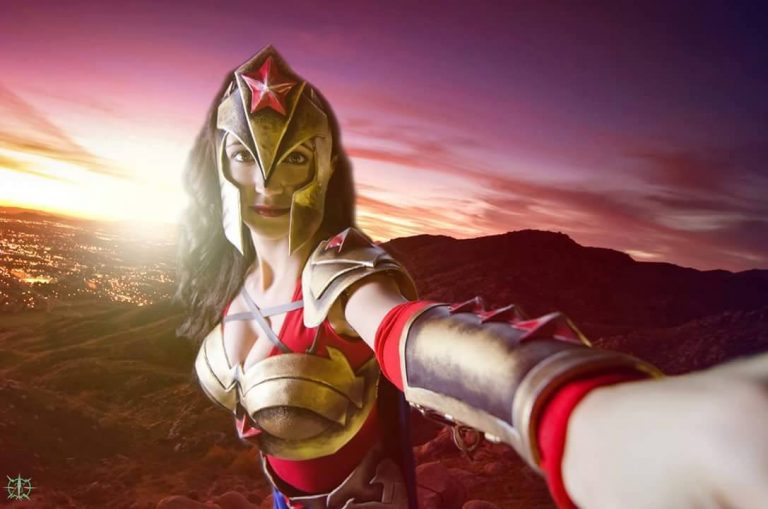 “If anything, DC is taking this step to speak to its readers, who obviously want more diversity in their media. Nothing about Wonder Woman’s character can be “taken away” from majority audiences because they confirmed what’s been implied for years–she likes girls in addition to men,” said Marie. “The automatic suspicion is that the motivation of the creators is ‘catering,’ which is nonsense. Content creators have always catered to a certain audience, because the characters are so often heterosexual, white, and male. Now all of the sudden ‘catering’ is a bad thing when it’s not catering to you,” said Lo. Despite the long standing belief that comics are general read by men, research says that more than 46% of comic audiences are women, and comic convention attendance even closer is a 50/50 between genders. 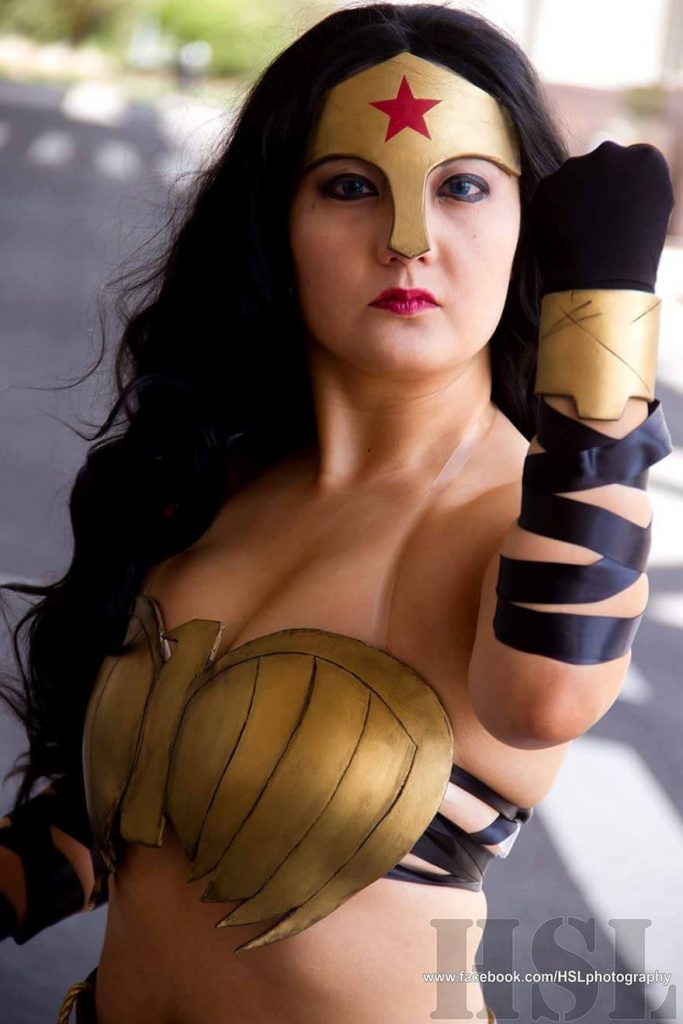 Wonder Woman has spoken to female readers for three-quarters of a century. “Wonder Woman is the Superman of females. She is easy to relate to and has inspired thousands of women over the years to fight for whats right and stand up to injustice in their every day life,” said Allure Cosplay. As a straight guy, I will let someone speaking for her own group close out this piece. Marie told us, “I would like more people to consider treating bisexual people with the respect we deserve as human beings and not a punchline or a money grab. We are not more “likely to cheat on a partner” than any other orientation. We are not jokes, we are not stereotypes. We are not women who are “secretly straight” and just kissing girls for attention; we are not guys who are “really just gay and in denial”. We are people who deserve to be seen. We are your daughters, your sons, your aunts and uncles, probably even your parents. And we are now the coolest, most badass female superhero of all time.”

Who is Wonder Woman to you? Has she inspired you? Comment below!