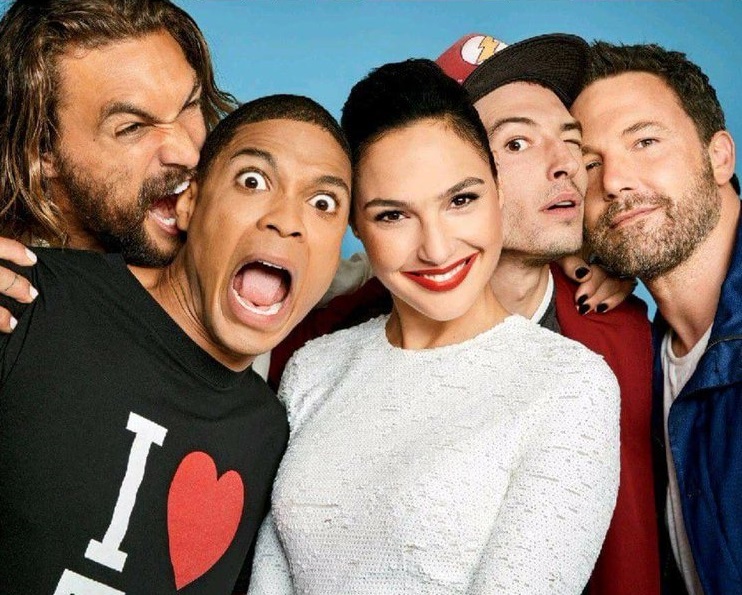 (this article was co-authored with Miramay)

I came into the theater expecting a superhero movie. I got one. In the age of movies like Deadpool and Logan, superhero expectations are changing. Audiences are tired of the slog that is the superhero story arc. Yes, DC is behind the curve. Yes, I would have loved this franchise five to ten years ago. But, we live in the darkest timeline and this is what we get. When I came into to the theater, I knew that, I expected certain tropes, and I ordered a burger and a drink because I wanted to have a good time.

I am not going to sit and explain the failures of the DCEU to a reader who both likely already knows and already has formed opinions on it. There's no reason. I understand the issues of the previous films and, for the most part, this film did not include them. Chief among previous complaints was the combination of long runtimes and, somehow, exposition and plot being forced into too limited of a duration on screen. For a film including and essentially collecting six main characters, three of which we have never seen before as well as several other characters new to the DCEU that were briefly introduced, the storytelling is fairly straightforward and uncomplicated; unlike Dawn of Justice, I doubt anyone will struggle to understand the plot or get caught in the minutia of the storytelling. The runtime is at least a half hour shorter than previous entries, which left me wanting more rather than less time with various characters.

In an attempt to remain relatively spoiler-free, in Superman's absence, Steppenwolf travels to our dimension using the mother boxes collected by the societies of Earth, a magic carpet ride if you will. We learn that this is not the first time he had attempted to conquer our world by bringing these mother boxes together and that the Amazons, Atlantians, and humans kept them divided. Batman, humbled and humanized by the events of the previous film, seeks the assistance of Arthur Curry, Barry Allen, and Victor Stone, as well as working along side Diana Prince, to form some sort of league who will fight for, I dunno, justice to stop the demise of human kind. Despite the number of well-known characters included, it's concise and to the point.

As if learning from the mistakes of the dark and often joyless previous entires, as well as the manic and tasteless slog of Suicide Squad, the film's color palette is more diverse and appealing, both in visuals and narrative tone. Gotham is as grey as it ever has been while other locations are brighter and more alive with something that isn't seedy criminal goingson. Batman's more human personality lends to working better with a team, and we are treated to a downright pleasant scene in which Bruce and Alfred are stuck on a plane, no reason for shoegazing and grumpiness, and share a conversation that makes them feel more like father and son than ever. This is a man who has grown in a way that would have made creating a team of people who mutually respect and admire one another impossible in Dawn of Justice. It feels like both the characters and the writers learned something. There had been several early reactions that stated that they felt Ben Affleck as Batman had been phoning it in, but I feel that what some folks felt was a halfhearted effort was, in fact, more toning down the character from Dawn of Justice, which suited this film well. Honestly, after Justice League I'm disappointed to hear he is trying to find a graceful exit from the franchise.

I am not making excuses for this film, but personally, I am a bit tired of the portrayl of superhero villains on film lately. I long for the days where a man that looks like a clown terrorizes a city with hairspray and balloons. Every film ends with an inexplicably empty city surrounded by a vague energy (sky arc) filled with beat-em-up game copy-and-paste bad guys. However, I expect it more out of the Justice League. Batman can take on a series of lunatics with colorful outfits. Wonder Woman can fight a sexy furry. Flash often takes on, literally, reverse him. Superman and Green Lantern (no, Hal Jordan and John Stewart aren't in this but there might be a fun easter egg, I'll never tell...) get a bit loftier, taking on bad guys from outer space or other dimensions who want to destroy all humans. However, that hasn't always played out well in film, which might explain why Donner's Superman takes on Luthor and there aren't any fight scenes, later Superman films are far less culturally revered, and Green Lantern was the wettest cinematic stool we can collectively remember. All that in mind, that is the sort of villain the Justice League needs or any one of the individual heroes could handle the situation: big, scary, and because of it, somewhat uninteresting. I expected this, and enjoyed this villain and his fight scenes as much as, and in several cases more than, several previous superhero megavillains. 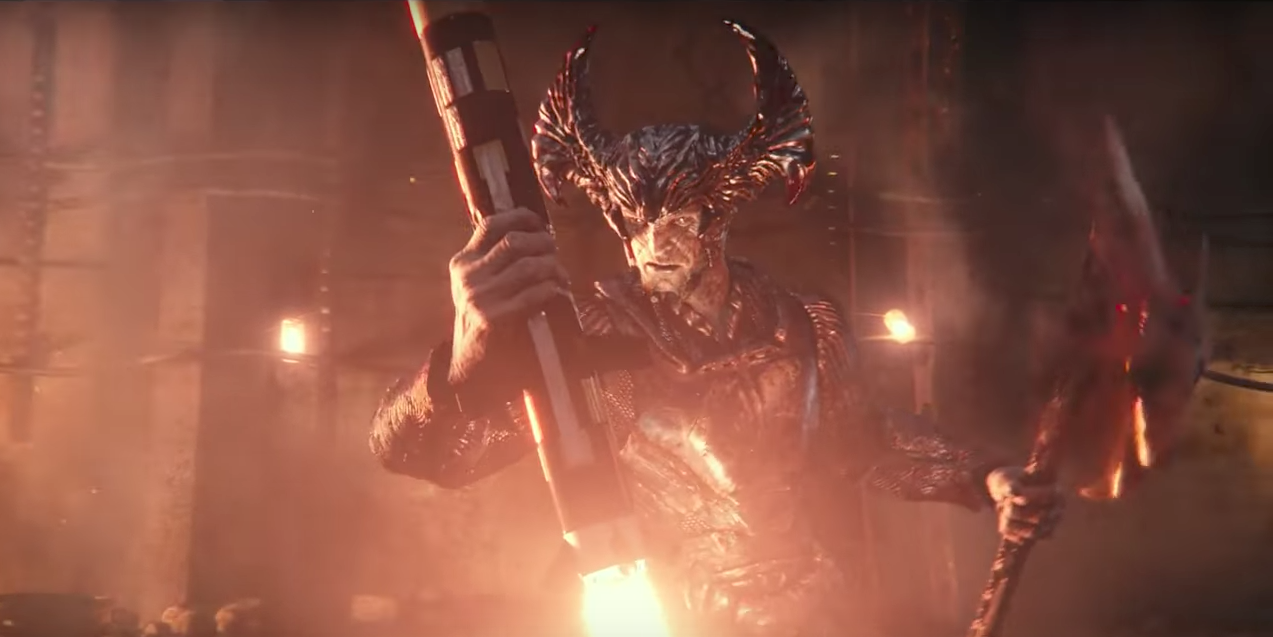 That does lead us to one of the bigger drawbacks of the film: CG. The villain looked serviceable for most scenes and lacking in others. The parademons were sometimes somewhere between flawed to outright dull, but that's also a character design issue. Countless people on Facebook are reveling how bad they knew this film would be by pointing out the poor CG of Cavill's face who wore a mustache for reshoots because of an obligation to another project. However, I personally didn't focus on this because this is, again, expected. Studios don't care about CG because it's been demonstrated to them that people will buy tickets either way. It's a disappointing attribute of a film industry that focused on finance over art decades ago. I gave up. Yes, there is bad CG in this movie. Very bad CG. But not so bad that it ruined my entire experience.

What I didn't give up on was the characters, and that's where this film both puts most of it's attention and has the most to offer audiences. These characters mean a lot to me, and seeing them redeemed after the misstep of Dawn of Justice was satisfying. As mentioned, Batman has grown in a way that is fitting of a founding member of the Justice League. Wonder Woman is as great as always, learning to take a leadership role in this film after decades of working alone, and her not standing out as the most interesting character in the set speaks to the quality of performances and writing given by and for the new members of the universe. Barry Allen is funny and appealing, and likely will be a fan favorite. Arthur Curry is written as a young man, prior to his regal composition often depicted in comics, making jokes, throwing down liquor, and sort of seeming like a series of choices that actor Momoa said "I'm doing this" and others were too afraid of the massive man to tell him no. It gives a lot to work with in a future film while not seeming like that was the entire purpose of his portrayal as Aquabro. The personal standout for me (Gordon withstanding who, along side a Gargoyle-posing Batman and a swell of Elfman's 1989 Batman theme, produced adult tears for me) was Cyborg, a character that I struggled to relate to in comics but that felt like a genuinely interesting, conflicted, honest person and seemed to have been pulled directly from the Teen Titans animated series. Much of this film felt like it could have been taken from the DC Animated Universe, and that couldn't be a higher compliment as the cartoon is the benchmark, really.

This feeling of connection to the Animated Series is certainly helped by Elfman's music, including and working around the themes from Burton's Batman and Donner's Superman, making these characters that we have seen presented in previous, flawed, media much more like the heroes we know. His style, both dark and heroic, relying on classic film score sound, is a step closer to the seemingly forgotten age of giving characters a sound that might actually connect the music to the story. I could go on for an hour about the concept, but overall modern superhero films have opted to rely on somewhat uninspiring, less than memorable sounds to carry their heroes. I don't like it, and much smarter people have written about it. I like this score for the return to form.

Overall, Justice League was a lot of fun. It suffered from issues, but none that aren't emblematic to the genre as a whole, not specifically the DCEU. The characters are the highlight of the film and I look forward to seeing them in the future as opposed to fearing it. It's a bit disappointing how many people are quick to swear they will not see the movie on principle, because I think this movie is a promise from the DCEU to do better, one I want to see them fulfill, but it's a two-way street, and I would hope there is enough of an audience to accept their goodwill. DC Rebirth, in the comics, has for the most part delivered on taking readers into account and introducing storylines and events people are excited about. I hope this is DC in film attempting to do the same.