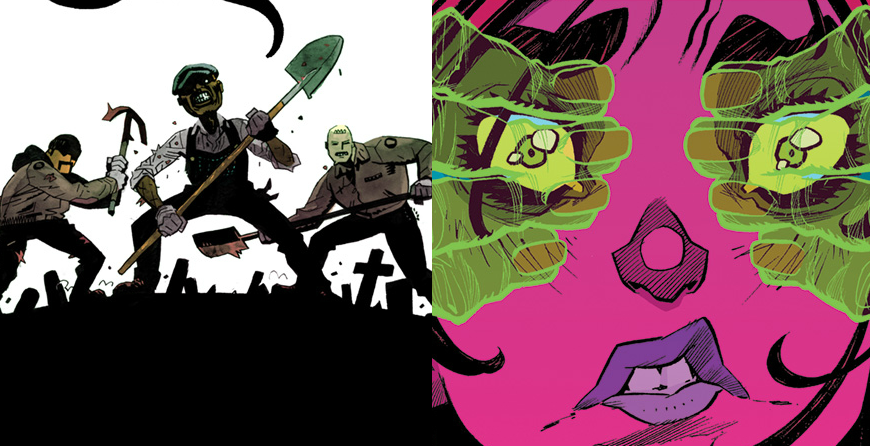 I hope everyone had a fun and spooky Halloween out there! October is my favorite month, and it was an eventful one - funny how life gets crazy busy sometimes, and it gets had to even enjoy the stuff you love! I'm sad that spoop season is over, but I'm ready to move into November. It's still fall, and I'm not completely inundated with Christmas music yet. I can slip further into daydreams about fall foliage, and I practically already have a food coma thinking about my family's cooking back home.

But, all that is besides the point! This week, I have two new comics I'd like to fill you in on this week, which is filled with more Legacy titles (or title continuations) from Marvel, and vintage miniseries and evil Batmen over on DC's side (Excepting, of course, Batman White Knight, which I'd like to cover seperately with Pulp in a different piece soon!) So without further ado, let's jump right in! 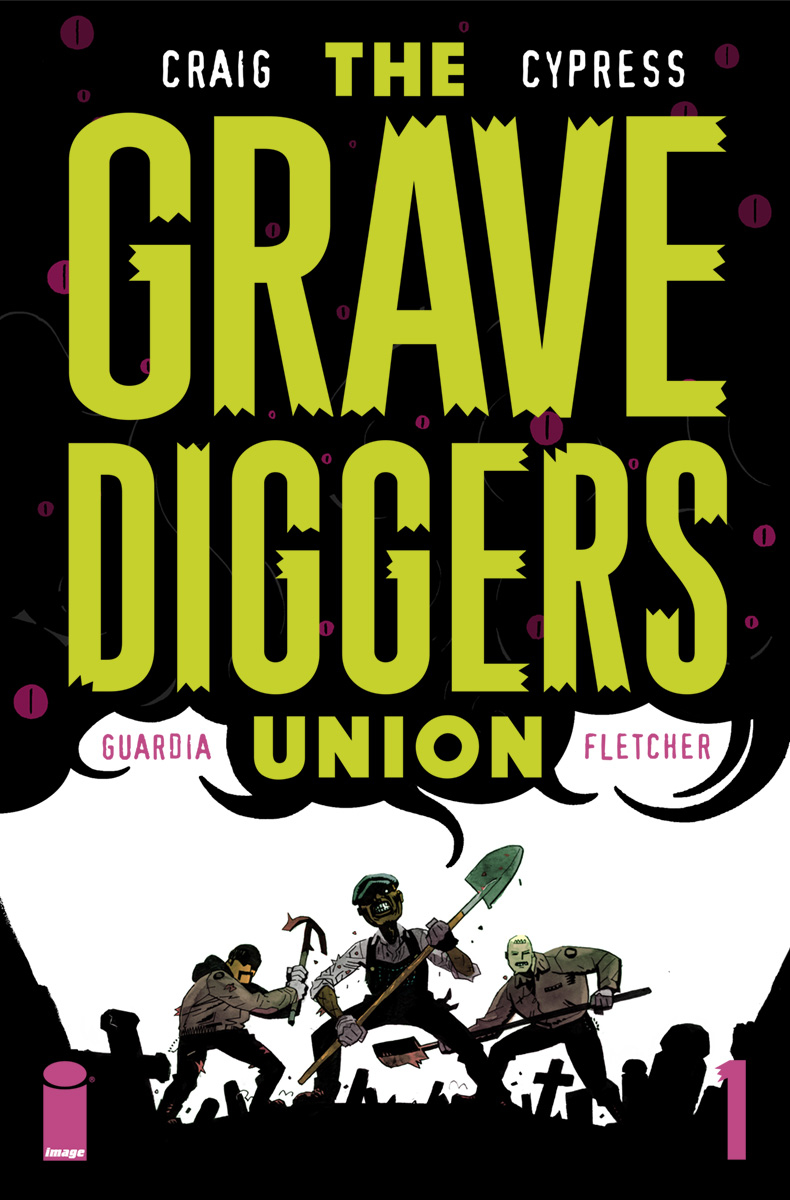 DEADLY CLASS co-creator WES CRAIG launches a new series with art by rising star TOBY CYPRESS (Omega Men)! The supernatural world has gone crazy! The apocalypse is coming, and only the Gravediggers Union can stop it! How? Well, first their leader Cole has to find his estranged daughter. But is she the one behind the apocalypse? Wild comedic horror with steroid zombies, monster gods, swamp vampires, ghost storms, and space monkeys! OVERSIZED FIRST ISSUE!

This comic is a great read for anyone out there who has a Halloween hangover, hanging on to their decorations and eating leftover discount candy. The story begins with visions of a primeval world, with apes working for what looks like some sort of plant based overlord. One ape rebels, and we watch him murdered by his brothers, before jumping to the modern day, where the news is clogged with stories of monsters of all kinds emerging all over the globe. Amidst all this, our heroes, the titular Union, is in the middle of fighting with a golem the likes of which they have never seen, before they take it out, and in its dying (re-dying?) breaths, it utters a strange phrase and hands over a mysterious medallion. Who or what could be behind this massive surge of paranormal and supernatural creatures? That is the central story behind Gravedigger's Union. And while it is simple enough in concept, I'm intrigued. It isn't the post-apocalyptic bore I've come to dread, and handles the situation with a bit of levity that comes out best in dialogue between the three main characters. I really enjoyed this book, and everything worked really well together for me, from the art to the lettering. The artist is also working on Retcon, which I reviewed a few months ago, and I loved it there too; it's clear he has a gift for working with monsters and ghouls, although even between the two books, his style adapts to fit the writing. I'd definitely recommend this book, and I'm going to be looking up the one-shot story it's based around, as is revealed in the notes at the end of the issue. Recommended for the citizens of Halloweentown -- 362 more days! 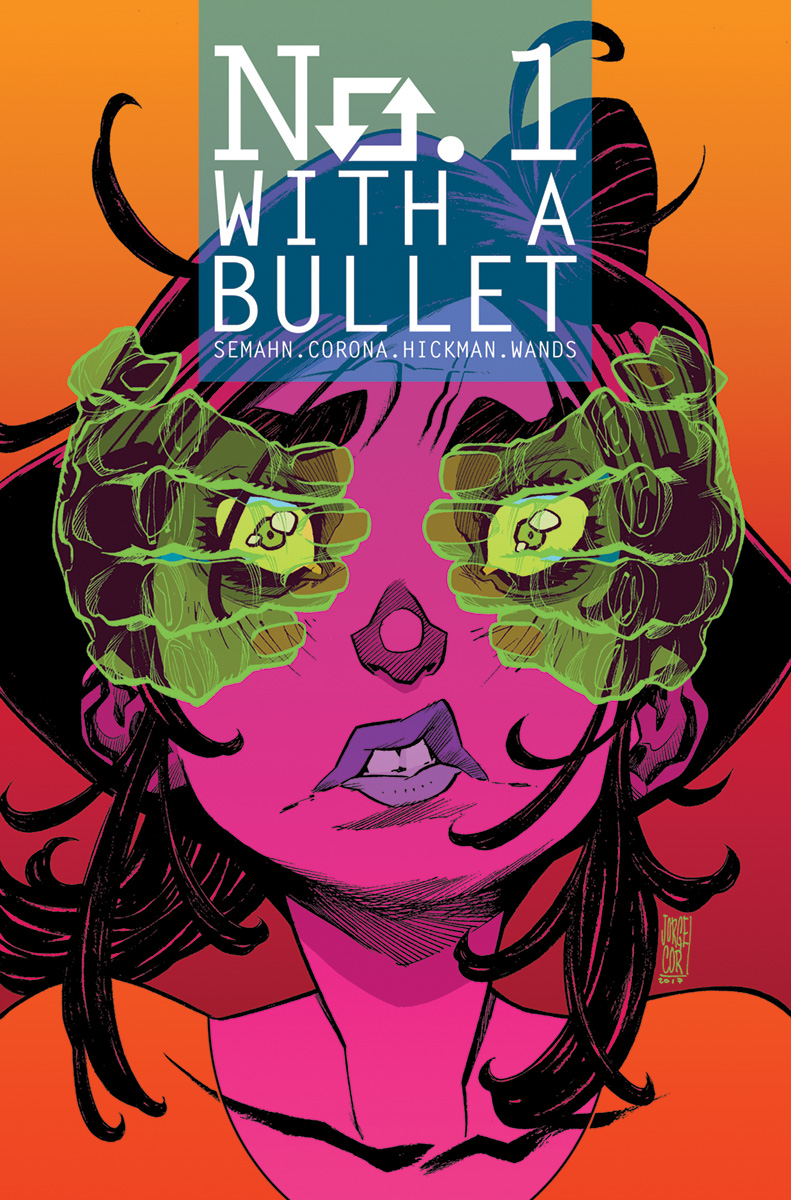 "A sublime piece of futurism that is both entertaining in its absurdity and terrifying in its predictions."--Clive Barker
Her social media, strong. Her variety show segments, a hit. Nash Huang is at the top of her game. But when the iRis Shutter contact lens hits the market, Nash's life is personally invaded. The latest leap forward in "technological progress," these contacts not only play video or augment reality...but also record footage. Fighting to keep her life together after a leaked sex tape goes viral, a clingy super-fan is the last thing on Nash's mind...but that's exactly when the bodies pile up and the terror begins. From the bestselling team that brought you GONERS, comes NO. 1 WITH A BULLET!"

This comic feels especially timely and relatable in our current world, as we are constantly talking about leaks, likes, and our lives are becoming more and more public, not always through our own doing. Add VR into that, and you have the thesis statement to No.1 With A Bullet. I did really like this book, although at times I found it a bit chaotic and hard to follow. There's a strong color presence in this book that I really appreciate, that makes things feel neon and futuristic although ostensibly this book could take place in a year or two from now. I also really liked the character designs, which captured the characters' personalities really well, although I have to say, I couldn't help thinking that Nash often looked to me like Aoi Asahina from the Danganronpa game series. Although I'm positive it's just coincidence and I've played that game too many times. It's still early on, but I feel like the first issue really took its time establishing main character Nash's life and personality, before having it come crashing down around her on the last few pages. Anyone who has ever been harassed online can relate - and I know some of us here at OG definitely have been there before. There is also the threat of the dreaded White Knight around the edges of this book - Nash's "No. 1" fan, sending her messages that overshare information meant to cause guilt, defend her honor online without asking, and it makes me dread having this character revealed. Add in the fact that with advanced VR who know's what's real, as well as a murder mystery (maybe) and the story becomes extra mysterious. I want to see how Nash handles what comes in the next issue, since online harassment and stalking never has a simple answer, especially from a legal perspective. Recommended for people who like sci-fi horror (dare I say Black Mirror style? I still haven't seen Black Mirror so don't hold me to it) and cringe when their youtube heroes become problematic.

Hope to see you all next week!