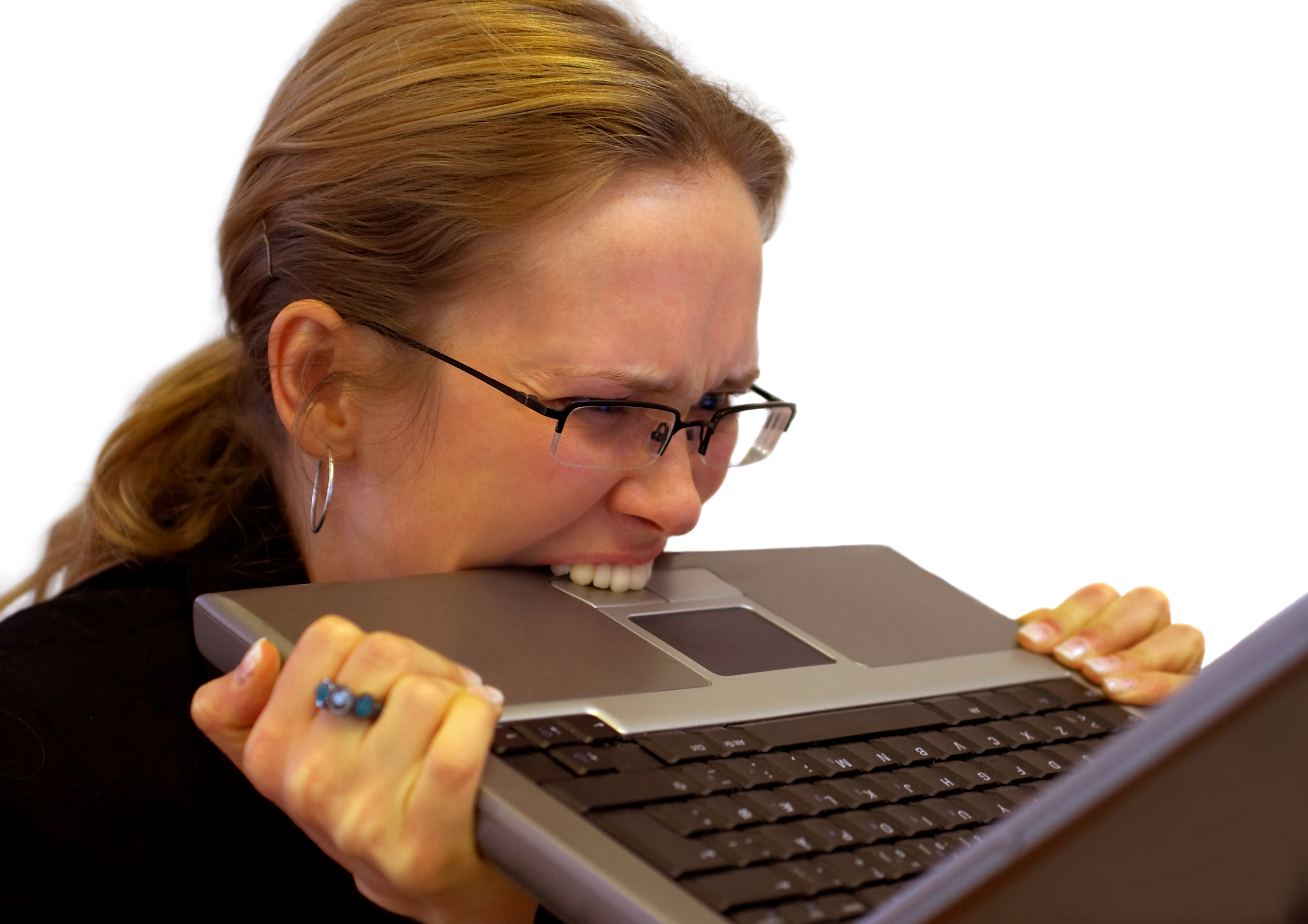 Outrage Journalism Helps No One But The Writer

Content warning: below is a reference to several articles that were written to offend; we do not condone these views.

It was more than a year ago that I first read an article titled "If You Buy a Harry Potter Engagement Ring You Should Not Get Married." It wasn't a post on an unknown blog. It was posted on Gawker, an umbrella company for many well-known sites that has since been purchased by Univision and put under the control of Gizmodo.

Essentially, there is no real "article;" it's entirely opinion. The author read a story elsewhere about custom, geek-oriented engagement rings. She explains what the Golden Snitch is to readers that obviously know Harry Potter well enough to click on the article. She poses two scenarios in which two adults propose with the ring, one male and one female. She closes with:

"You have made a series of incorrect choices.

You should not get married."

That is the entirety of the article. 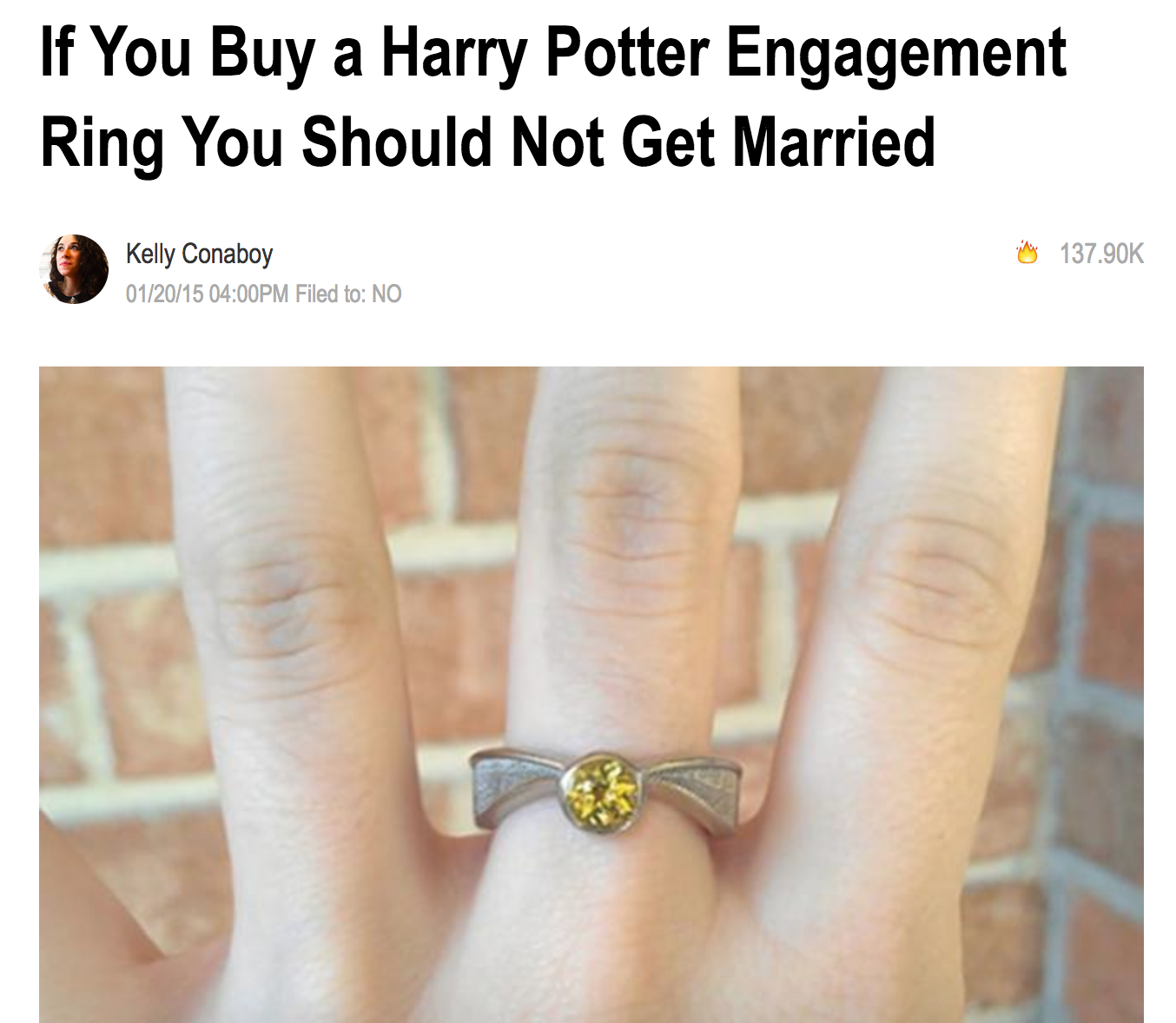 I will not link to the article specifically because it does not deserve it.

The piece generated almost entirely anger on social media and in the comments. It was shared by countless people on Facebook, which generated more views and comments to the article itself as people attempted to grasp the very limited message put forth by the writer.

There isn't a message. This isn't a writer using her professional platform, the place she generates her income, as an outlet for a personal opinion that has been eating at her to an audience she would otherwise not have.

It's clickbait, and it's becoming more and more common. And alongside traditional clickbait, there has also been a rise (especially in the last couple of years surrounding a tense political and social climate) in clickbait's coiffed, button-down, holier-than-thou cousin: outrage jouranalism.

While most clickbait relies on exaggeration or outright lies to generate views, outrage journalism survives because of one additional attribute: anger. Most people will not share an article that they know is inaccurate. Most people will delete a post that others demonstrate to them is false. However, this type of writing will create more shares as people see it. Often, all it takes is a title. As this article suggests, there's nothing to the piece that can't be gleaned at first glance. Regardless, people will share it, not because they agree, but because it makes them angry and they want their friends to know that frustration.

Outrage journalism isn't limited to the sphere of strictly politics and news, the same principles are being applied more and more to general pop culture, although they often rely on feelings stoked by current events and other hot button buzzwords. For example, similar articles have been published by sites ranging the gamut from established news organizations to entertainment news to niche pop-culture bloggers, often capitalizing on the popularity of franchises like Wonder Woman and Suicide Squad.

As many people felt trivialized and bullied prior to the recent decade of so of general acceptance of pop culture interests, this makes it an easy target for manufactured criticism. Politics are also easily exploited for this type of writing, particularly when they intersect with pop culture. The articles mentioned above about Wonder Woman and Suicide Squad frequently include titles that are intended to generate anger from both progressives and conservatives in regards to women's rights, representation, and abuse, depending on how the author decides to spin it. Black Panther has created some similar writing in an attempt to create frustration about race. However, other sites go for a much more direct route. 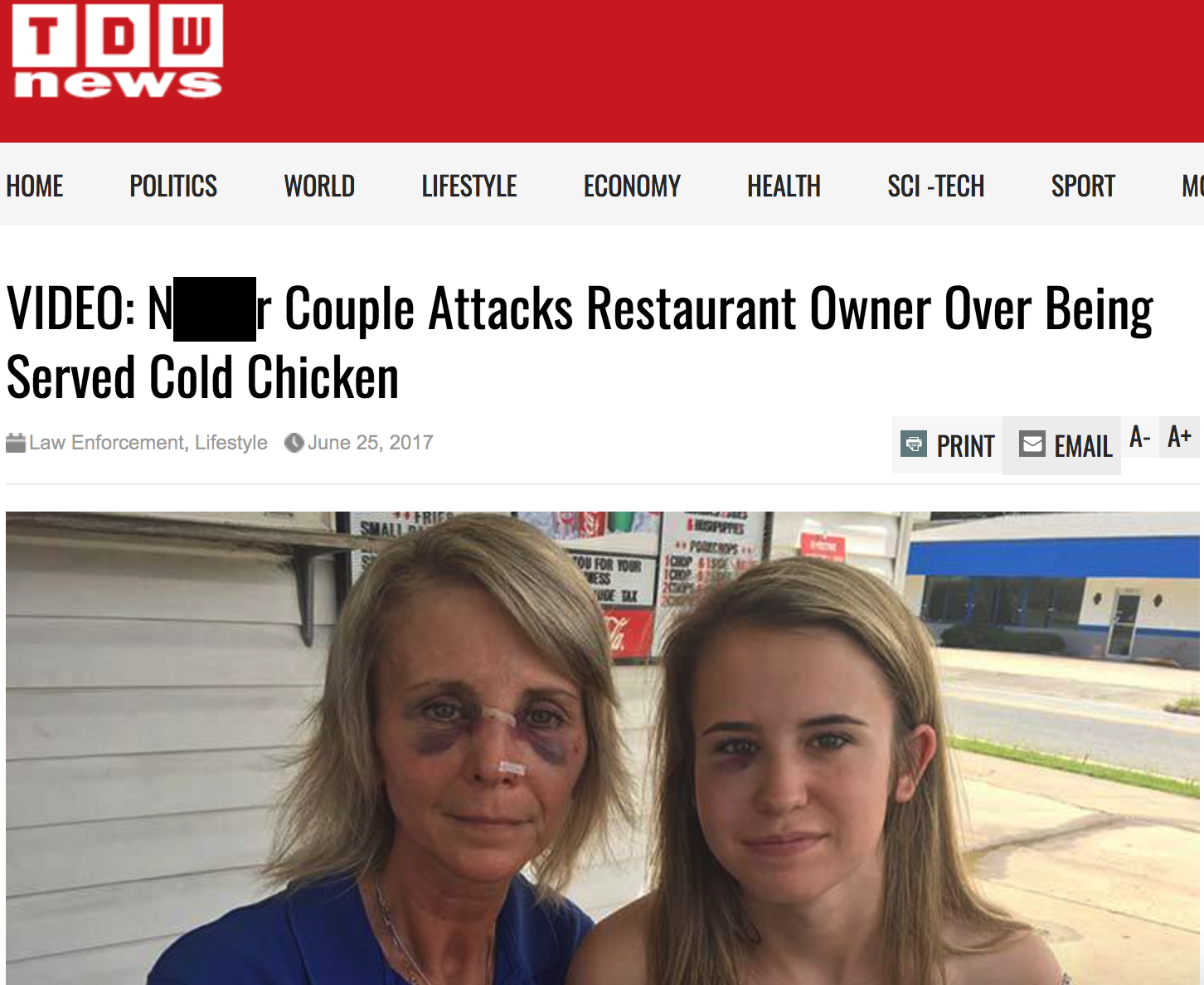 This article has crossed my feed many times before Facebook seemed to have removed it. It's purpose is the same: creating shares through anger.

At the end of the day, the purpose for these articles is the same: monetization. At some point, a less than reputable outlet realized that, whether from interest or anger, a page view creates the same revenue from advertisers. The benefit is that more people share things when they are angry than when they are satisfied. For proof, feel free to search reviews on Yelp.

In other words, keep these weak methods in mind when sharing on your feed, and know the reason that someone would be happy to write something so hateful and uninformed.