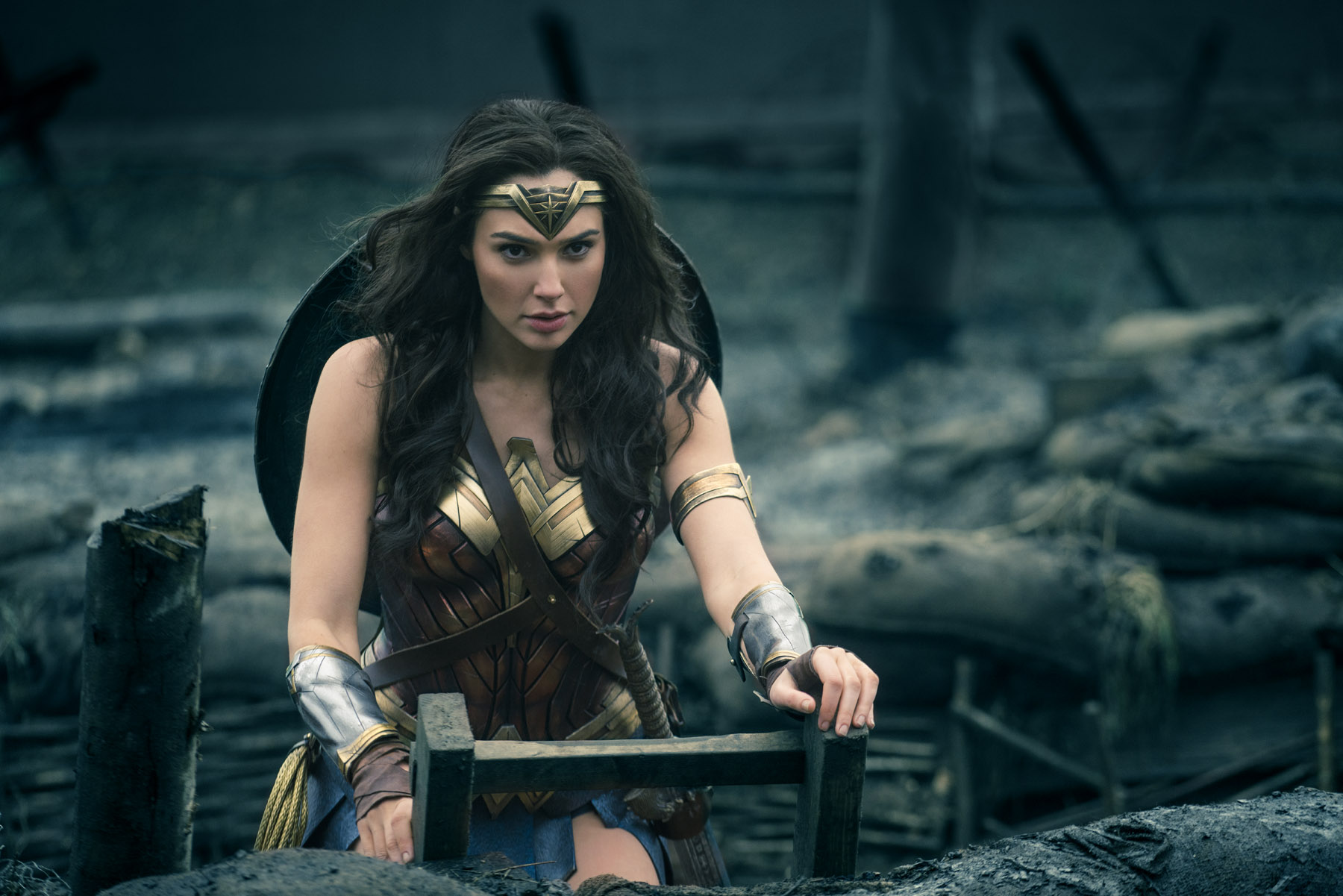 A few years ago, I read a review for a film that not only completely misunderstood what the author had watched, but the entire legacy behind it. The writing was so intentionally unrepresentative of the film that I wanted to review that review.

Today, two days prior to the theatrical release for DC's Wonder Woman, it seems that only one of the reviews posted to the aggregate site Rotten Tomatoes felt the film was less than "fresh." That in itself is fine; the film is not out yet and I cannot contest their judgement of the actual movie. This is absolutely not going to be the only criticism of the film. At worst, it simply isn't as good as the majority believes and the the current 60/1 odds are indicative of a viewer with a higher evolution of "reading" a film. At best, much like when the first review of the Dark Knight came out and skewed the metrics of aggregates online almost a decade ago, some entitled writer in an office masturbated to their own sense of superior taste. However, their objection did lead me to read the piece, and in it, there is plenty to raise an eyebrow. So, I wanted to resurrect the idea of a literal meta critic, a critique of professional criticism.

The article opens with a direct statement that viewers hoping for "a shot of estrogen" to generate a new kind of comic book film need to adjust their expectations. It's direct, it's pointed to a specific audience, and it's a given: if you came hoping for a pivot point in genre filmmaking, of course you will likely be disappointed. However, this speaks to the Guardian's MO: of the 18 current Marvel and DU Cinematic Universe films, all but six are three stars or fewer. Those that do get four of five stars are written off as knowing what they are "supposed to do" given their genre: fun, either using the word "fun" in the last sentence or something equally dismissive. In both the cases of Iron Man 3 and Deadpool, the films are called "innocent pleasure," or "innocent pleasure of the week." Calling Deadpool innocent is in itself unusual outside of the issue of plagiarism among their own reviews.

The Guardian's dismissal of the genre litters the review of Wonder Woman, with quotes questioning the very concept of Golden Age heroes at wartime. "She fixes the war in a matter of minutes. Think what might have been avoided if she’d turned up a few years earlier!" Wolverine's brief slow motion sequence of Civil War fighting excluded, this is the earliest a cinematic universe super hero film places a protagonist in a geopolitical conflict, edging out Captain America by one world war. This isn't an unusual conclusion that a super hero would defeat a villain that our allies spend years at conflict with; essentially every Golden Age hero was at some point used to defeat our enemies in a comic, be it Nazis, Russians, terrorist, or anyone else that American finds itself at war with, and they tend to have an easier time than the allied armies of the world. The author states, "there’s something rather distasteful about co-opting trench warfare as the backdrop to a sanitized, hyper-stylized fantasy," which makes me assume they have read very few comics and have disliked many war films that weren't Saving Private Ryan. The end of the review even acknowledges that "the superhero-joins-the-war-effort" story was already tread by Captain America, but it seems their review for that film didn't include this criticism.

What can only be assumed as hyperbole is also one of the article's favorite approaches, which suggests that the author knew well that their criticism would not be shared by other reviews. They go so far as to call the film a "future camp classic," and feel the finale is "a moment of Zoolander-esque silliness." This feels very much like the unbuttoning of the author's pants for the previously mentioned contrarian self-love.

Let me be clear that no audience should need pretense or prior knowledge to enter a film. This is often a criticism of cinematic universes and it is one that I share. That said, this reviewer takes issue with things that suggest their lack of understanding of the title character and the universe the character resides in. They refer to her as "Diana (nobody ever calls her Wonder Woman)," as if the occupants of Themyscira would be calling her Wonder Woman. Much like Superman, the symbol on her attire does not reflect the name given to her by the public; it has meaning in her culture. Diana is her name. Wonder Woman is what she is called once others outside of her home know her as a hero. The author also says that the occupants of Themyscira are "oblivious to the opposite sex," which is ludicrous. While her origin varies, essentially every origin includes men. In the very next sentence from the author, he writes that Hippolyta explains to Diana that Zeus created the Amazons to resist Ares. You know. Both dudes. The paragraph ends with the author claiming to be confused by a joke about the unnecessary contribution of men in pleasure. He wouldn't be confused if he re-read his own writing that acknowledges the Amazon's relationship with other men. The Amazons aren't ignorant of men, instead actively seeking to avoid "Man's World," where Diana is tasked with return Steve Trevor in her Golden Age stories.

Once more, I could not have possibly seen this film as of the writing of this response, but the author seems to take offense that "Pine repeatedly sees fit to call the shots and boss her about, despite the fact that she’s clearly his physical and intellectual superior." Having watched several interviews with the cast of the film, the actor's own statements contradict this, suggesting that Trevor is outclassed by Diana consistently and his role is to play the confident fool, a role he knows well from prior films. The author complains that Pine seems to be needed to hold his own heroic arc in the film, but I find it likely that the same author would have complained had he not had such a story based on his sarcastic tone towards the very concept of leading females, based on how frequently he complains about the minimal use of male characters, going so far as to count them along as they are included in the story.

One of the more strange quotes from the writeup is this:

"They pick up three more males on their way to the front: an Arab, a Scot and a Native American. If it feels like the setup to a joke, the punchline never arrives."

I would say that such a joke need not arrive because it would be the avenue of a hack, but that would imply that the author of the review might be one for expecting it and being disappointed that it wasn't delivered.

The review concludes with stating that "on the level of big-budget trash, Wonder Woman is great fun," which returns to their general approach to super hero films. Actually, it seems to summarize their feelings on film as a whole. The review section of the site includes thumbnails for 11 reviews and only one is above three stars. It seems that the Guardian relies more on having their articles read by people who disagree with their writing than out of genuine consideration for the content they produce. Being the first and, currently, only negative review will always generate traffic, which can be assumed is the site's only real goal.