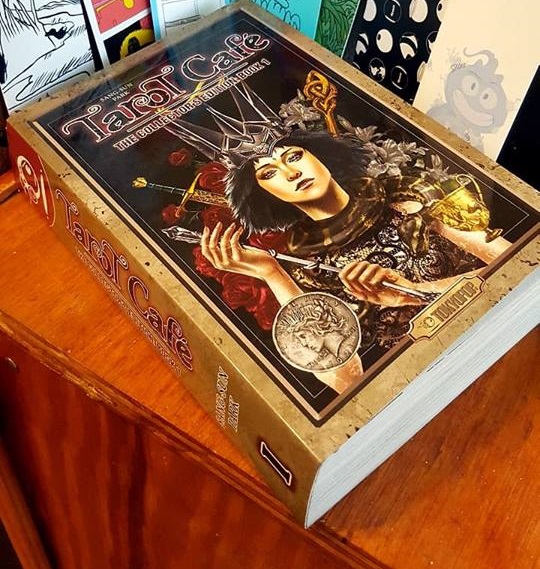 I first read Tarot Cafe in high school. I think I've mentioned elsewhere in another review that I grew up in a fairly conservative Christian household, which had some somewhat contradictory ideas about was and was not appropriate for me (reading comics is for boys, but watching cartoons and movies about superheroes is fine?) That extended to other arenas; I loved watching Cardcaptor Sakura (or as it was aired when I orignially watched it, "Cardcaptors") but they absolutely forbade me from owning the toy set of Clow Cards that was available at the time, as it was too similar to tarot cards. Now, as an adult, not only do I own the toy set of cards I was forbidden as a child, but several tarot decks of my own, which just goes to show that the harder you try to push your kid away from something, they more they'll want to do it. 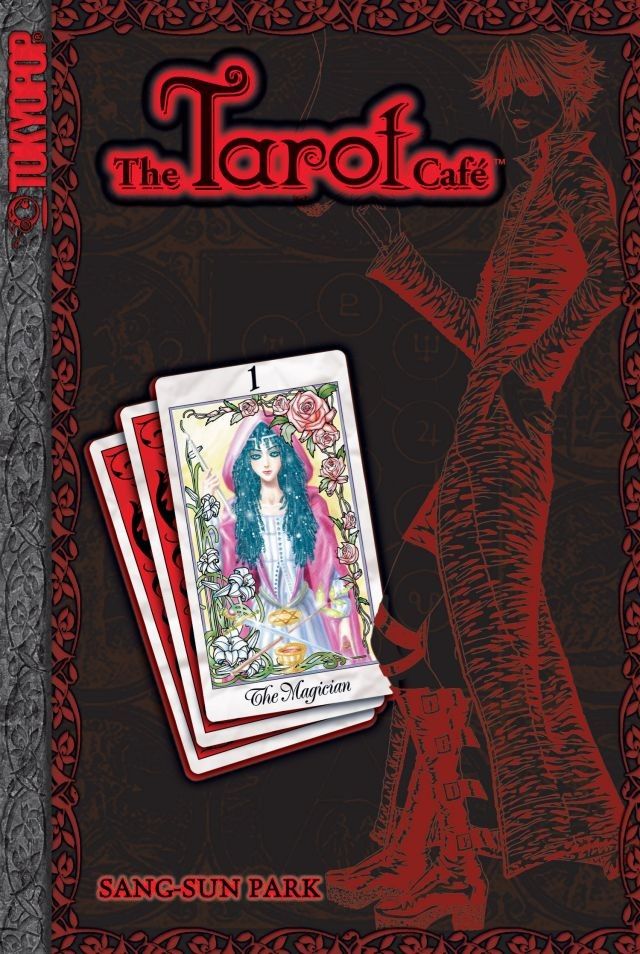 I remember borrowing the first volume of Tarot Cafe from a friend, who said she thought I would enjoy it, and she was right. Initially drawn to its graphically stylish, stylized cover, I was sucked in even more with the interior art and story inside, to the point that I eventually bought a copy of volume one on my own on the sly, one day. (It's probably in a box somewhere at my parents' house, as I type). But I never finished reading the series, as by the time I got back around to it, it was out of print, and publisher Tokyopop somewhat defunct. Which is why when I saw a solicit for the "collector's edition" in Previews Magazine, I told my coworker to order it for our shop - and if no one else bought it, I most likely would.

Let's for a moment talk about the series itself. Tarot Cafe is technically a manhwa (Korean comics, in particular, but not exclusively, those from South Korea; as opposed to Manga, Japanese comics) by Park Sang-Sun, originally published in Korea from I'm guessing 2002-2005 (a quick wikipedia search didn't contain dates, but art in early chapters of the books themselves include the year 2002, and I'm mostly guessing past that). They were translated and published in the west from 2005-2008, and the series spanned 7 volumes total. The story mainly takes place in contemporary Great Britain, and follows the mysterious Pamela, a tarot card reader and cafe owner who takes in "special clients" after-hours, mostly creatures and figures from myth and legend around the world. From wish-granting cats to werewolves, you name it. The format of most chapters include someone coming to visit Pamela with a question or to ask advice, and she performs a reading for them. The cards and their meanings are used to narrate each character's story, leading up to the events that brought them to the Tarot Cafe, and the final card usually prompts them to action, bringing about the conclusion of their story. Certain characters are recurring and become a part of the larger plot involving Pamela herself, including her complex backstory. Tarot Cafe strides a fine line between romance, drama, fantasy and horror, and does so masterfully. 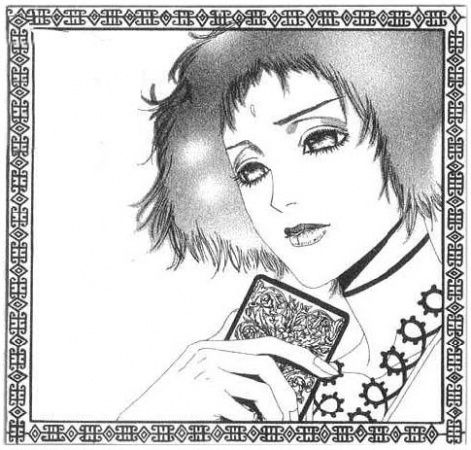 Like the orignal fairy-tales we all know, before they were sanitized and Disney-fied, the stories in Tarot Cafe are all pretty dark (ironically, Tokyopop's biggest acquisition since their big return to publishing are Disney-related properties, some of which are vaguely cringe-worthy manga adaptations). There are some really sad stories here about love and loss, and the selfishness of man (and beast). While the series isn't bleak, it's not exactly hopeful either. Just about every note of something positive is bittersweet, and there are few happy endings. The art is really great, somehow feeling distinctly...Korean. I still can't exactly articulate the differences between a lot of manhwa and what American audiences are used to seeing with manga, but I'd say it has a lot to do with how the lines are drawn and also how faces are defined, and Tarot Cafe's art is still more unique, filled with feminine faces (even amongst the male characters), soft glowy eyes, and detailed and/or specific depictions of hair. Even though it's supposed to take place in contemporary Great Britain, clearly the fashion and design takes inspiration from Asian street fashion circa the early to mid '00s. Also of note is that there are clearly gay themes in Tarot Cafe. I wouldn't classify the series as yaoi or BL as those relationships are rarely the focus for more than a chapter or two, and they don't fit so neatly into a Seme/uke characterization (as often both characters present as having been feminized in some way as opposed to one character being more masc and one being more fem). Regardless, there's more boy on boy romance than in the standard volume you're likely to pick up off the shelf. Also, as a side note, as someone who's taken up studying tarot themselves, I was impressed that for the most part, the story uses the meanings of cards fairly faithfully to their actual meanings, which is a fun little bonus for other tarot enthusiasts who might be interested in picking the series up on the name alone. 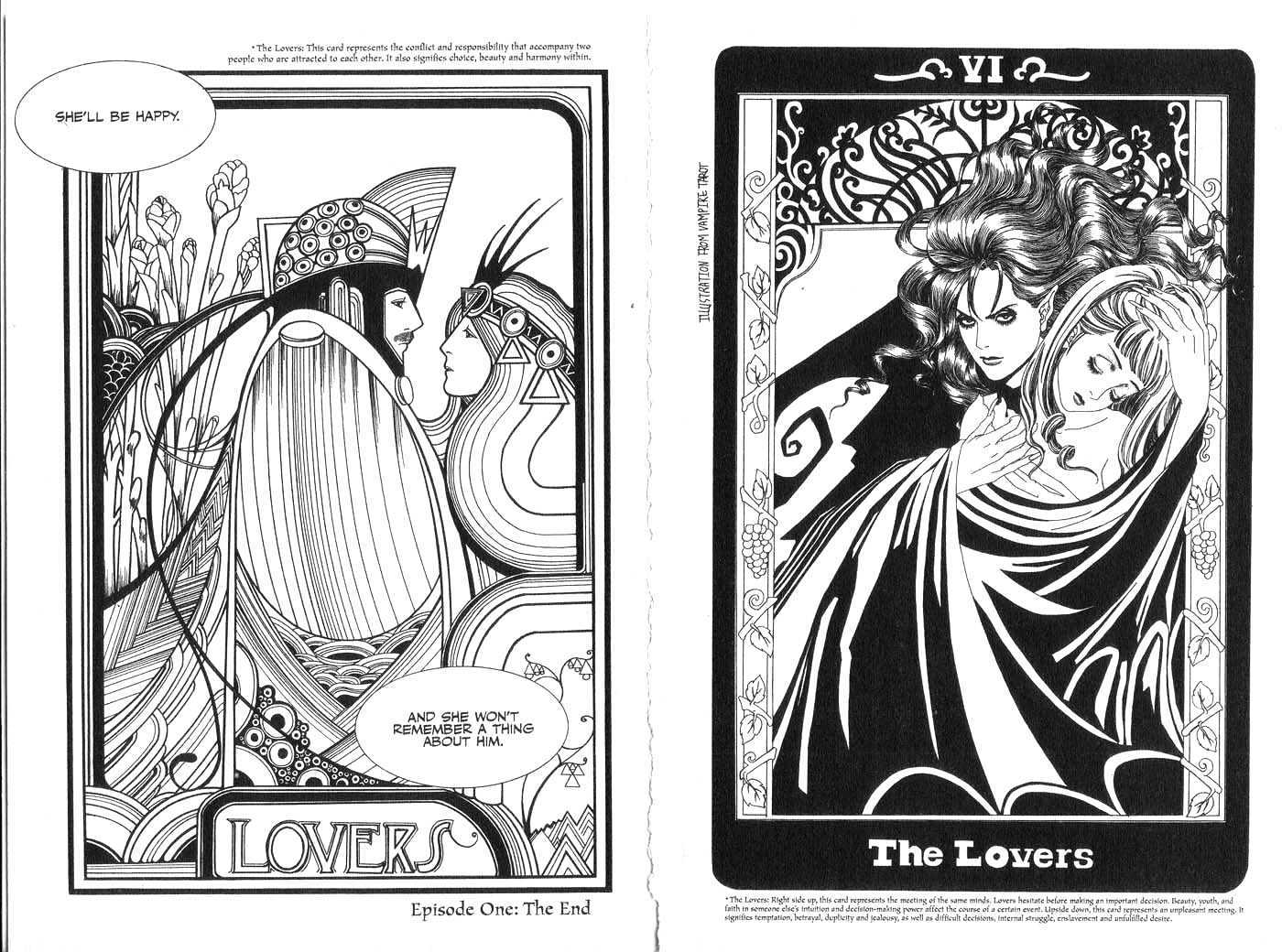 As I stated before, having only read volume one previously, I was excited to jump into this collector's edition, as book one compiles the first three volumes of the series. However, although this is perhaps not a fair thing to make a critique over, the book is...exceptionally ugly. I don't know where they got the art for the cover, it could be canon in some way, but it looks like fanart, and the art style and color usage really date the book. It looks like a manga from the mid '00s alright...but not in a good way. And when the original cover art Tokyopop used was so striking, I'm not sure why you would go in this direction. I even checked the credits on the inside for the cover art, since it's so markedly different from the interior art, I had a hard time believing it's the same artist as the book itself, but I didn't see a named credit. Other than that, I have to admit, I have no real critiques. And hey - maybe it's just me... 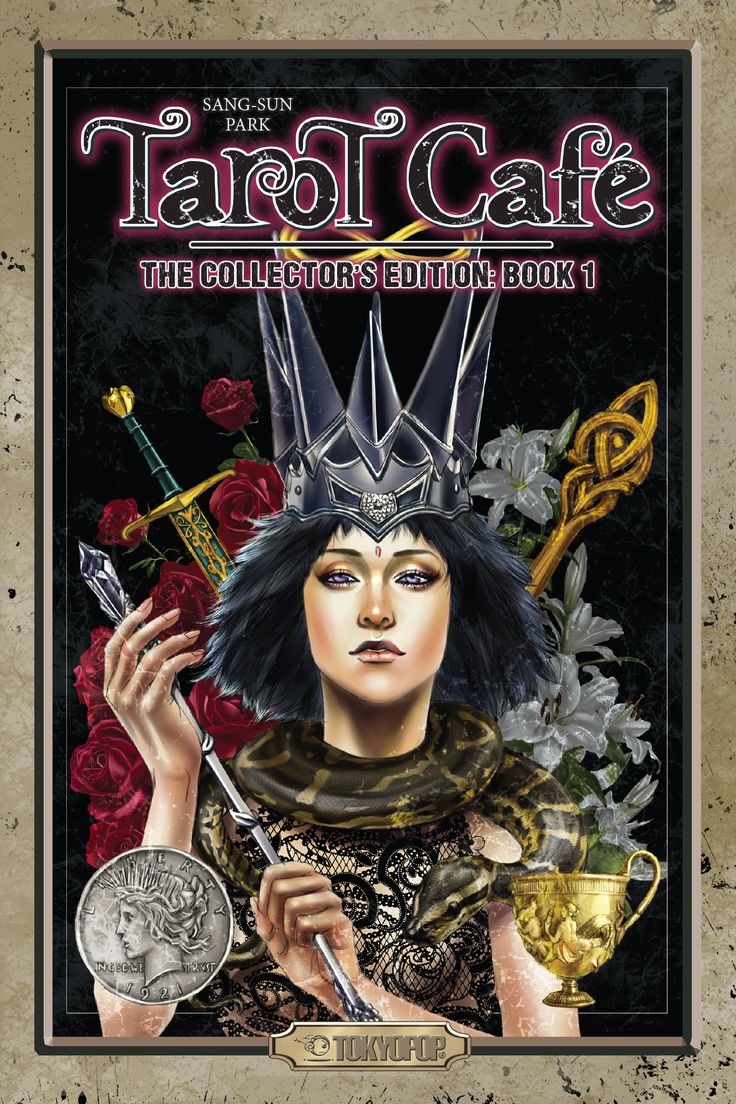 I did become confused a bit with the introduction of a character named Ash, a figure from Pamela's past, although after doing some research it's likely he is meant to be confusing, as opposed to a failure in visual storytelling by the artist. While I think it's not worth being called a collector's edition due to how just...unforgivably unattractive the volume is (seriously, why couldn't they shell out for something a little nicer, or something that looked a bit more like their original cover art?) Tarot Cafe holds up well, and it was a blast to finally get to read more of the series, 10 years later (wow I feel old writing that). If you're interested in checking out the series at all, I definitely recommend it, especially if you're a fan of the Cain Saga by Kaori Yuki, Yumekui Kenbun: Nightmare Inspector, or similar fare - both series I'd like to cover here someday. It mixes the timeless occult and fantasy elements with a sense of nostalgia for the mid aughts just right for me, while maintaining a high sense of drama. If you were a weird goth kid in middle school or high school, and are looking to relive that part of your life via manga, or just a weird goth adult, I don't judge - definitely give Tarot Cafe a try.

Pretty Spooky Podcast Status Update: You Are Cordially Invited To The XIII Club...