It's that time of the week again, to discuss a handful of this week's new titles and seperate the wheat from the chaff... if I'm using that aphorism correctly. Today I have three samplings of this week's new content for you to devour, so let's dig in! 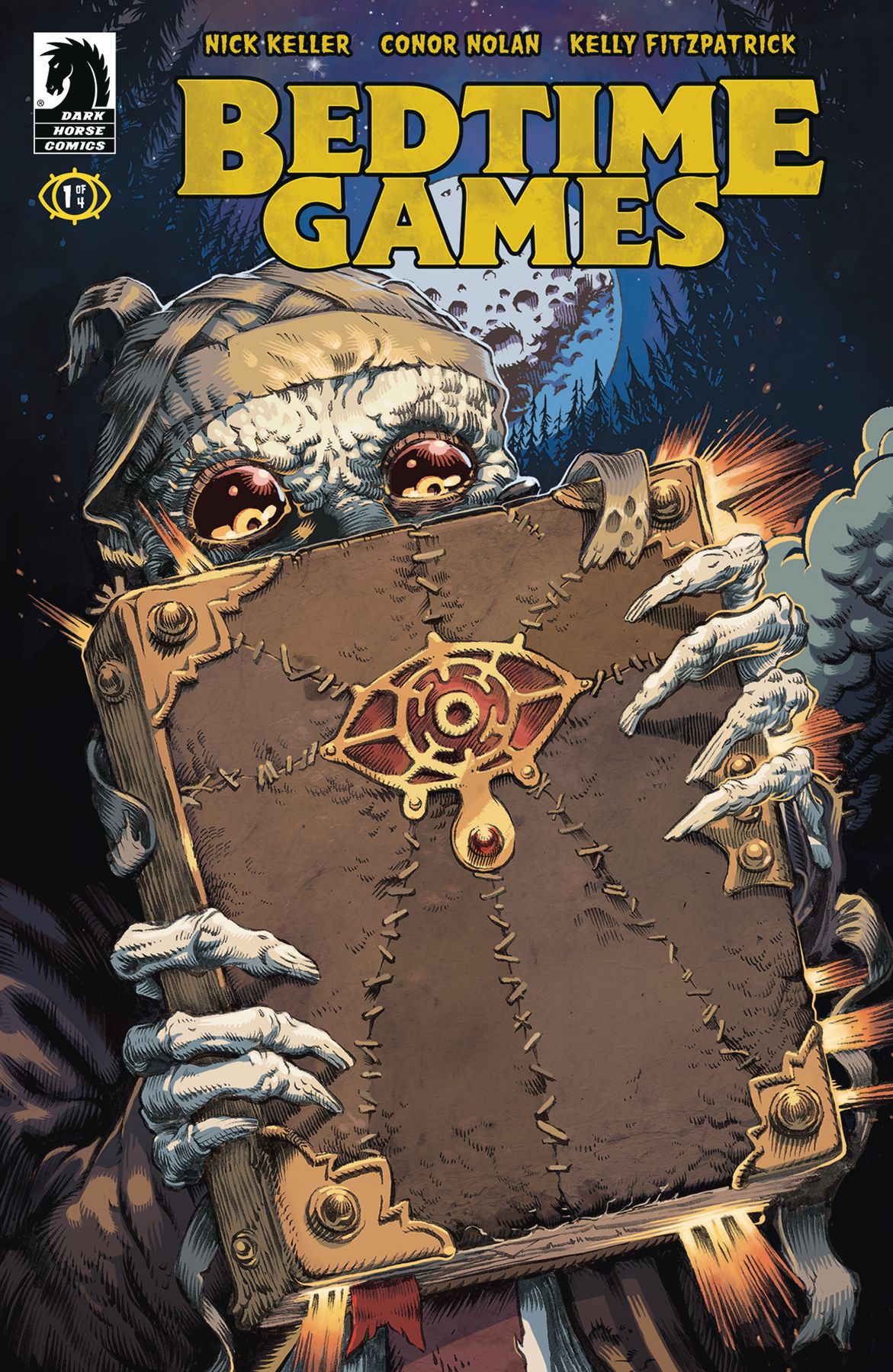 As summer comes to an end, three friends start senior year with a bang by exploring the mysterious past of their school. But before the night is over, their adventure turns into trouble when the kids set loose an evil that seeks to prey on their worst nightmares.

I'm going to start this off by saying this book isn't bad, per se. I was honestly pretty put off by the cover art and title, at first -- I thought it might be a risque cheesecake kind of thing, to be honest. But once I actually unpacked it from the box and saw the art, I realized two things: it's a horror book, which I normally am into, and that it is an art style I really dislike. I'm sure there is a technical name for this, but I'm not an artist so all I can do is describe it: areas that are shadowed are thick and black, and there's a vaguely crosshatch-y look to the shading. It looks and feels a bit like Locke & Key, to be honest, both in the art and the story. Three kids, each from troubled backgrounds, a mystery locked behind a secret door. One thing about this comic is that it's very wordy - it's meant to be very natural, realistic dialogue for the way teenagers talk to each other, and I get it, and it doesn't fall into the pitfalls that so many writers trying to emulate "The Youth" have, like talking about "followers" and using slang that's already ten years out of date. But it can be a little overwhelming. The end of the issue feels quite rushed, with one of our main characters, Avery, discovering an illustration with a horrifying man-monster that appears to talk to her, straight out of that scene in the 1990s "IT" with Pennywise the Clown skipping up to the camera through a photograph and promising to "kill [them] all". We barely get any visual or written indication that she's found it at all much less how, and everything after that seems less than well-explained visually. The final pages are dedicated to showing us the monster that the kids have unleashed, who is probably something between a Freddy Krueger or IT, perhaps killing kids in their sleep? Hard to say. I feel like conceptually this could work, as other stories have certainly tread this territory, but I felt the writing was a bit weak, and the art was very much not to my taste. I'll say that if you're a fan of any of the things I've mentioned above - Locke & Key, IT, or Nightmare on Elm Street - consider checking out this book. It is a miniseries, with a total of four issues, so it's not a long-term investment, either, for folks looking for something shorter to read, and will wrap up in late September, so hopefully it will lead into the Halloween season nicely, if you're like me and already longing for spooky season. 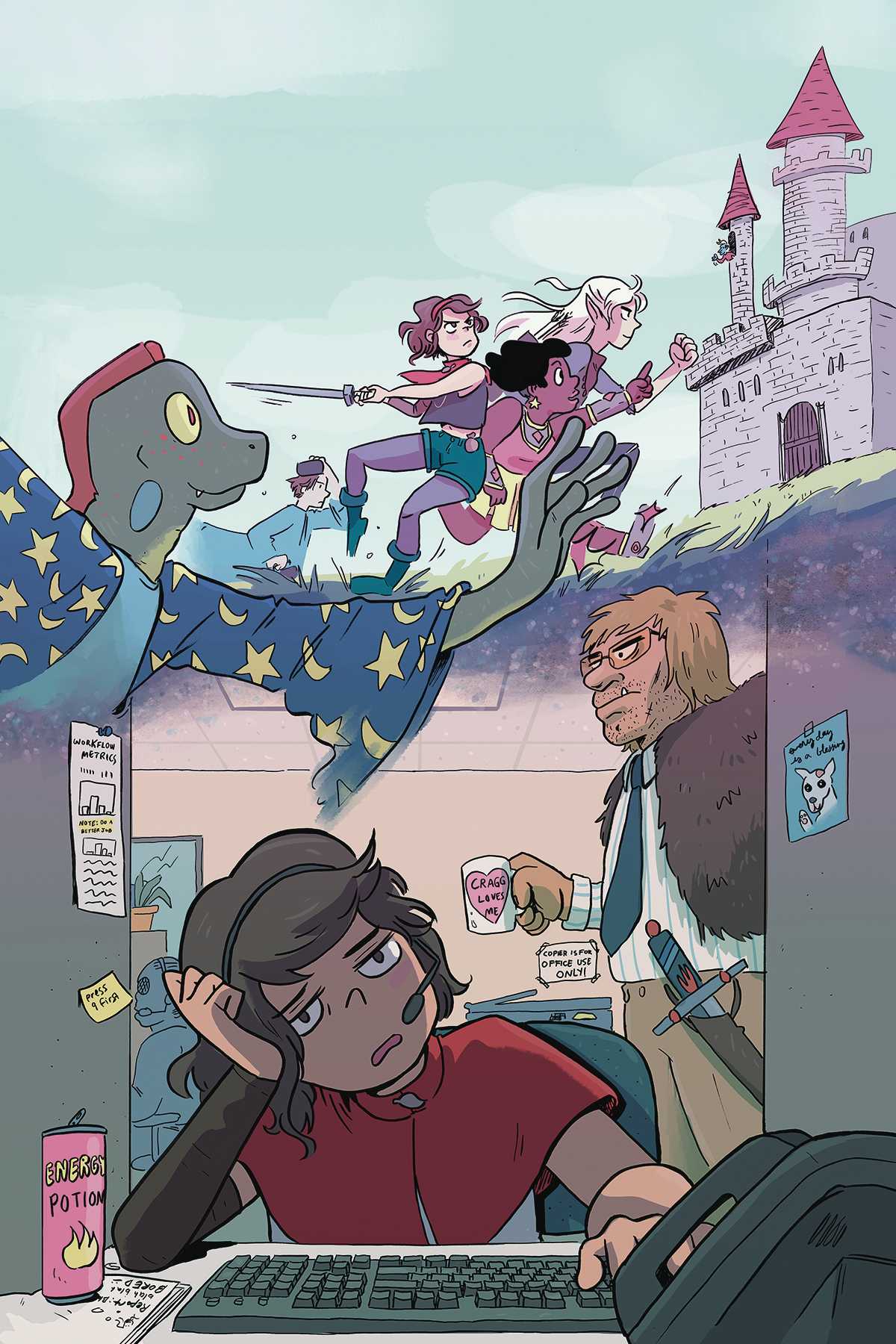 A young Ranger woman who came to the city with dreams of adventure, her drug dealing reptilian wizard roommate, and her boisterous Dwarf maiden BFF embark on a modern day quest to save the world while struggling to keep their crappy day jobs and pay off their student loans. The roommates become embroiled in danger when one of their significant others finds himself taken by criminals, and the trio must save him.

Modern Fantasy is an imagination of your classic fantasy characters and tropes melded in an urban setting. This could easily be someone's roleplaying game campaign, letting their own lives seep through the cracks of the narrative in-between dice rolls and spot checks. And in a modern city infused with magic and monsters, what kinds of adventures does one get into? Rather than your traditional adventure, with a hero and his party galloping along hill and dale to fulfill a quest or rescue a lonely monarch from a tower/dragon/evil wizard, this book's premise is turned on a more realistic bend: our heroine, Sage, ends up with an amulet stolen from a drug supplier during a deal, and he wants it back. Not quite noir, but still with an edge sharper than that improvised weapon that's a little to your left. You know, that thing. The cast of Modern Fantasy feels familar, your regular group of friends-slash-roomates, young and out in the real world living life for the first time. Their interactions reminded me very much of life both in college and shortly afterwards, with disputes over who gets what food and concerns over who's mooching off of who. Some of my favorite bits were Sage in her office job, it reminded me a lot of the Sanrio charater Aggretsuko, who blew up in April with her Netflix-exclusive show. Modern Fantasy is a fun, lighthearted adventure story with likable charcters, cute art, and heart. While fantasy is not usually a genre I enjoy, I'm looking forward to issue number two. 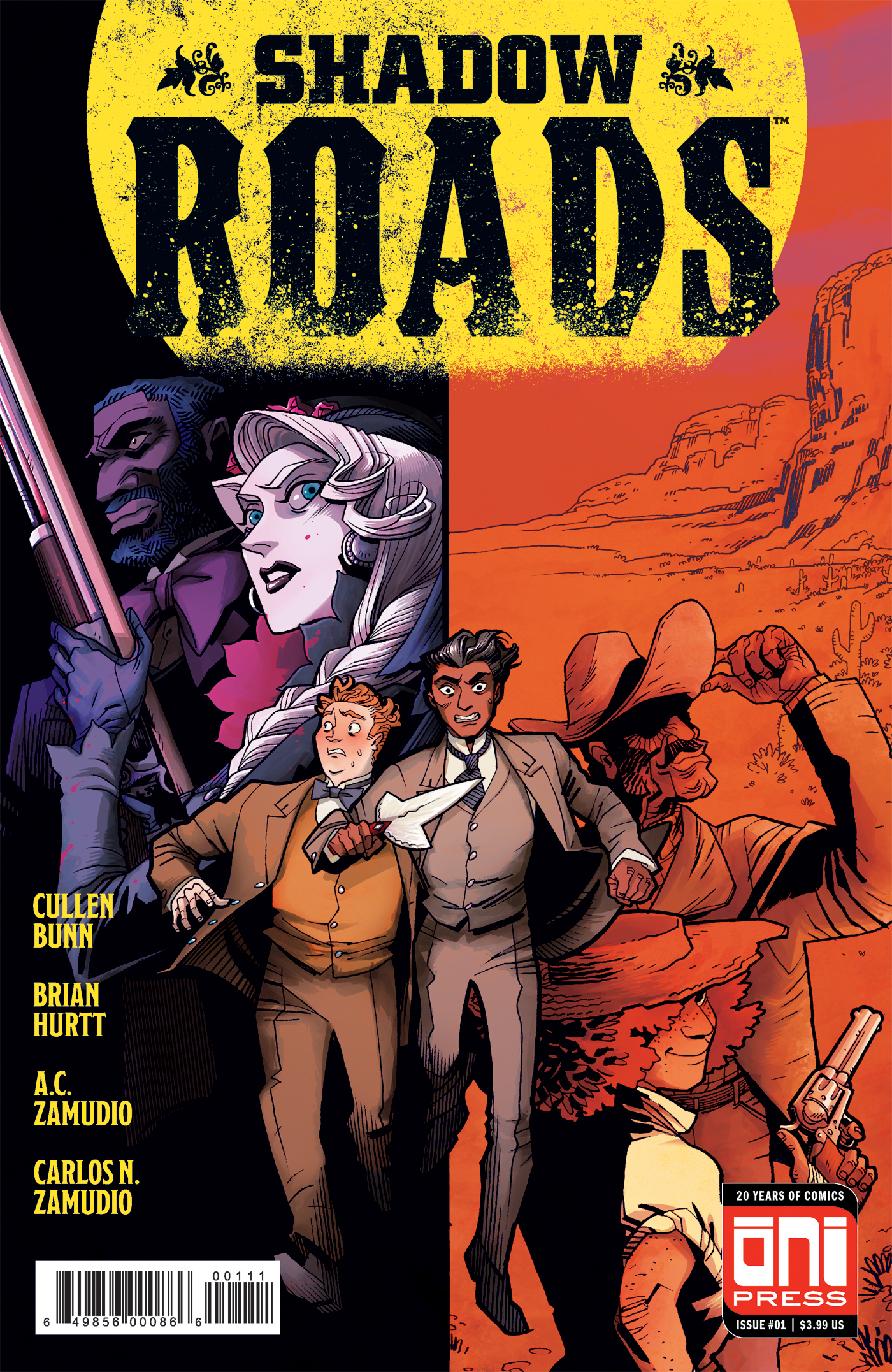 The world is thinnest at The Crossroads, a mythical plane that serves as a doorway throughout the universe. It is here that a band of adventurers throughout the Wild West gather, brought together by Gord Cantrell and Abigail Redmayne with a singular purpose: to fight back against the creatures that would endanger the sanctity of all creation.

Normally I try to avoid reviewing comics from either The Big Two, media tie-ins or further story continuations, because I believe that, with some exceptions, books like that will do well on their own, regardless. I like to talk about comics that someone might not pick up off the shelf, smaller publishers, different art; good or bad, they deserve to be discussed and reviewed as much as that new Marvel or DC thing coming out next week; even more so, because diversity in both subject material and creators are the key to encourage readership growth in this industry. But I digress - I contemplated not reviewing Shadow Roads this week, because it is technically a continuation of Cullen Bunn's Sixth Gun series, in that it takes place in the same world, after the main series. However because I wanted a third title to round us out, and it was a really really good issue, I decided to do it anyway. Shadow Roads is a magical fantasy western, that in its first issue introduces us to sevral compelling lead characters, from the young Henry, a Native American living in Britain and longing for a connection to his ancestral culture while being discriminated against by his contemporaries, to Chesapeake Smith, aka Ghost Eyes, who can communicate with the spirits, to Ms. Abigail Redmayne, an otherworldy fighter of supernatural and paranormal creatures. Flipping back and forth between different points of view, the seeds are sown for a compelling adventure with lots of supernatural elements, which is my favorite kind of adventure. I'll admit to having never read the Sixth Gun series before, even though I've been told I'd like it, and I really enjoy a lot of Cullen Bunn's other work. Whether you've read the Sixth Gun books before or not, Shadow Roads is a promising and exciting new series that I'm looking forward to more of, and I'm now hungry to go back and read the original series, hopefully very soon.

So that's it for this week! Other number ones out this week include the first in a series of Wakanda Forever one-shots, featuring the Amazing Spider-Man and following the Dora Milaje against rogue Nakia, Charlie's Angels #1 from Dynamite, Multiple Man #1. and The Sentry #1. Especial favorites from my pull this week include Detective Comics #983, Breathless #3 from Black Mask, Saga #53, and what was probably my favorite (to no one's surprise more than my own), the Batman Wedding Prelude one-shot for Harley vs. Joker, which Pulp Added and I might review all on its own soon, as incredibly passionate Harley fans.

Got something I missed? Got a different opinion? Leave a comment below, or hit us up on twitter! See you next week!

Batman: Prelude to the Wedding: Harley Quinn Vs Joker Review