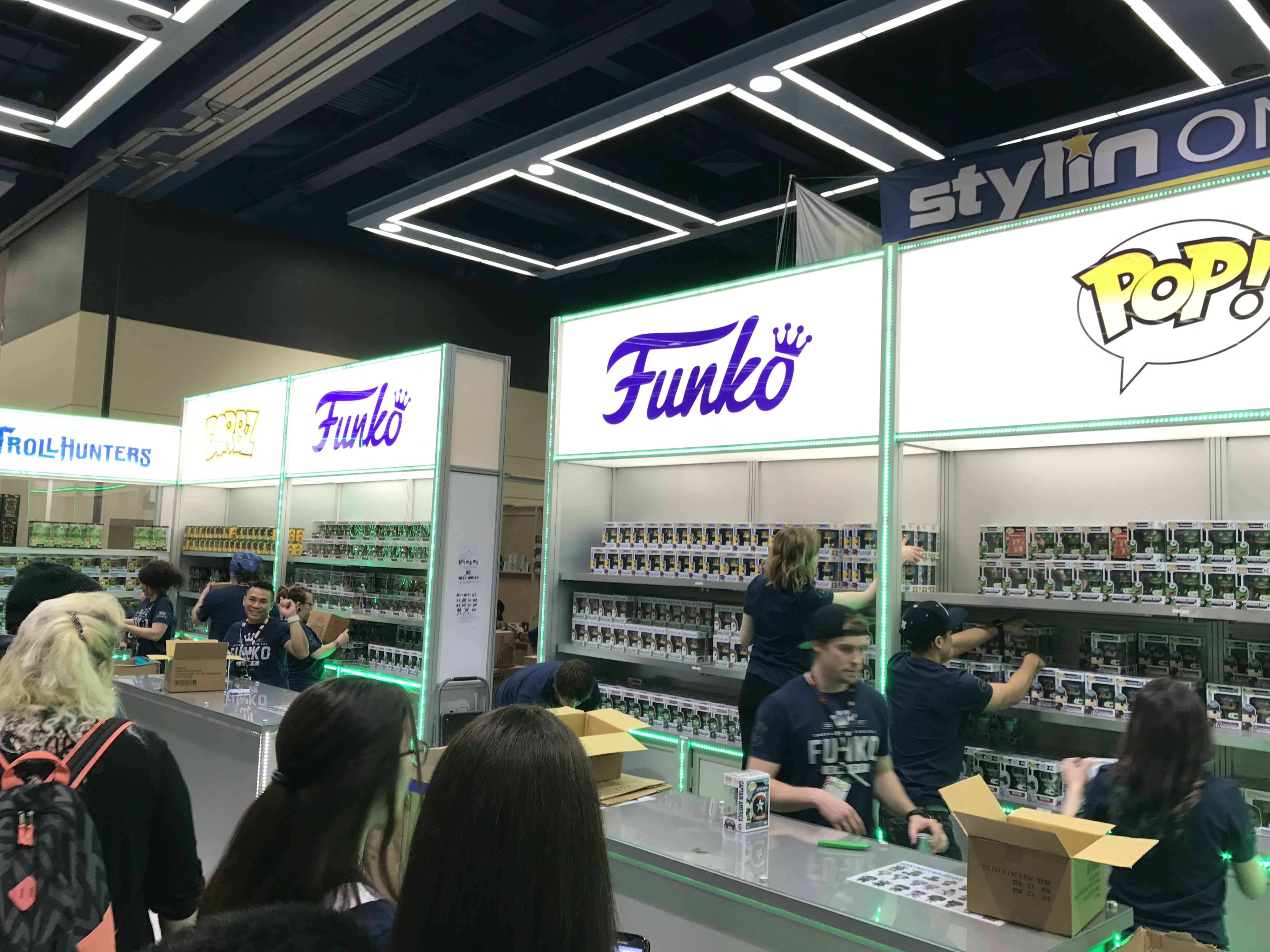 Funko Pop! Vinyl is the Death of Collectibles

I collect stuff. I've collected since I was a kid and discovered the mid-90s Star Wars figures. At some point, my goal was to collect every common Star Wars figure ever made. In the early 2000s, excluding figures from the prequels (because why would you do that to yourself), there were a few hundred toys produces between 1977 and 1985 and then a series started in 1995 that redesigned many classic characters. A collection of the original figures from the release of the first trilogy was sold online for $3,500. At some point, however, with the inclusion of countless new characters from the prequels and endless series of similar figures being put out, keeping up would have been impossible. Hasbro was producing more products than I could possibly keep up with, and many of them were simply poor rehashes of beloved characters with slight variations, if any real change at all. Along with the distance I put between myself and the franchise because of the three new films, I stopped collecting these figures and only picked them up when I saw one for a character I liked. I never stopped buying figures, but collecting wasn't a goal. Other franchises became appealing and a new collection was created. My apartment has more shelves than I would count from memory.

My point is that a company can easily produce more than it is possible for it's audience to keep track. For Kenner and Hasbro, that took almost three decades. For Funko, it took less than seven years. The brand had been around since 1998, but had initial been a finite operation from a small business owner and fan who produced shirts and bobbleheads. The company was sold in 2005 and, in 2010, released four prototypes of what it called Funko Force 2.0, a less detailed version of a previous product. The response at San Diego Comic-Con was generally negative, but generated enough positive interest for the company to pursue obtaining 25 more licenses and produce what are now called Pop figures. The figures are simple: vinyl, unarticulated statues with similar heights and builds, with oversized heads and eyes like bobbleheads without the spring. By 2013, based on some forum posts, there were more than 700 figures, and fans were attempting to collect all of them. Collectors posted spreadsheets online to manage the data needed for keeping track of products. By the most recent counts, there are around 2,000, with the company producing countless color and slight model variants of almost every popular character one can imagine. It would take a Funko employee to calculate and keep track of every product available. Their entire business model is variants, with the Impopsters line's entire gimmick consisting of repainting one character to resemble a dozen others.

At New York Comic Con 2015, I had friends who were interested in seeing what the company was previewing for the event. However, the Funko booth was roped off and required a ticket to enter, one that was obtained by leaving the dealer floor, going to the other end of the massive Javits center, and coming back to view their products. It took less time to wait in line to meet a celebrity. Since, I have found that every event I attend includes vendors who sell almost nothing but Pop figures, stacked several feet above the crowd and creating a three-wall display for customers. Events and subscription boxes include limited edition Pops that sell for high prices online as fans who couldn't participate attempt to obtain a rare item. Funko produces several others lines with an aesthetic design much like their more popular line, like Dorbs and fabric figures, and other companies produce similar cutesy products to catch the market and offer products for characters popular enough to sell.

None of this is unique to Pop! toys. Other products have become a quick hit and sold like crazy,over-saturated the market, and became unappealing. Other toys have created a trend that similar companies hoped to ride on the success of. Various products have attempted to dismiss quality and detail for cute design and nostalgic value. I would argue that none have lasted this long in a market that is this popular. Pop culture collecting is bigger now than ever. Convention sizes are forcing events that were small a few years ago into national venues that hold more than a hundred thousand attendees. Being a fan is easier than ever. What does this mean for collecting?

Until the Funko bubble destroys itself, it means that accessibility and quantity will outmarket quality and detail. In a way, this is an indicator of pop culture as a whole. Convention experiences become less personal as the market runs prices up and homogenizes the experience of fans. As these markets cast a broad net to permit fans of all interests to participate, the quality of the individual value diminishes. Autographs become an assembly line to permit more attendees to join. Conventions with niche audiences invite guests outside of those specifics to draw participation of more general interests. This isn't a bad thing on it's own: more people enjoying something is always a positive, but the indication is that the quality will be minimized to permit the inclusion of more general audiences. To counter this, specialized companies limit their affordable options as they can't compete with a power of production in the scope that Funko has. These companies concentrate on high end items, leaving the range of mid-level collectibles to older items and products, like figures, that were once less expensive and now considered detailed by the lowered standards of Pop! merchandise.

What does all of that mean? I have no idea, but it speaks to a changing market for both collectibles and pop culture in it's broadest sense.