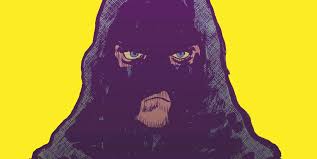 A decade or so ago, I was very into horror and genre film. I wanted "the classics," or films that felt like them. I didn't want schlock, I didn't want so-bad-it's-good. I wanted to see the things that people had been watching for 20, 30, 50 years that I needed to catch up on. As my collection grew and I ran through outdated books and early blogs of genre movies that people loved and wrote about, the consistency of finding a good movie out of every few average or worse movies became less frequent. I guess that's how classics work: eventually you run out, because they are finite. Desperation and willingness to put up with things I didn't want to find bits of things I did, I became more interested in "bad movies" either to enjoy the minor details that resembled something good or outright for the enjoyment that bad movies offer.

I always returned to George Romero's early movies, in particular his first three entries into the Living Dead franchise, Night, Dawn, and Day. They were what got me into the vast, but similarly disappointing as the entire scope of horror as a whole, archive of zombie movies, and in my mind will always be the best. Each one was a wholly unique experience: Night of the Living Dead was dark, difficult, and looked somewhere between a studio film from ten years earlier and newsreel footage from that era that a studio would never have the bravery to duplicate. Dawn of the Dead was fun, shocking, and funny, like a comic book come to life with countless unsettling messages under the surface. Day of the Dead was equally campy and thoughtful, introducing new ideas that kept the genre fresh while advancing the practical effects into the decade that Savini and Nicotero are probably most known for. My favorite changes day to day, but probably most consistently my choice for the best of the three is Dawn of the Dead. It's a low budget director given resources he never had before, free reign of a shopping mall and the support of his entire city showing up to loan him cars and pool resources to make a limited budget look like a studio film. I love the aesthetic of the late 70s, I love the creative use of camera operation and practical effects, and I love every person's work on that film. 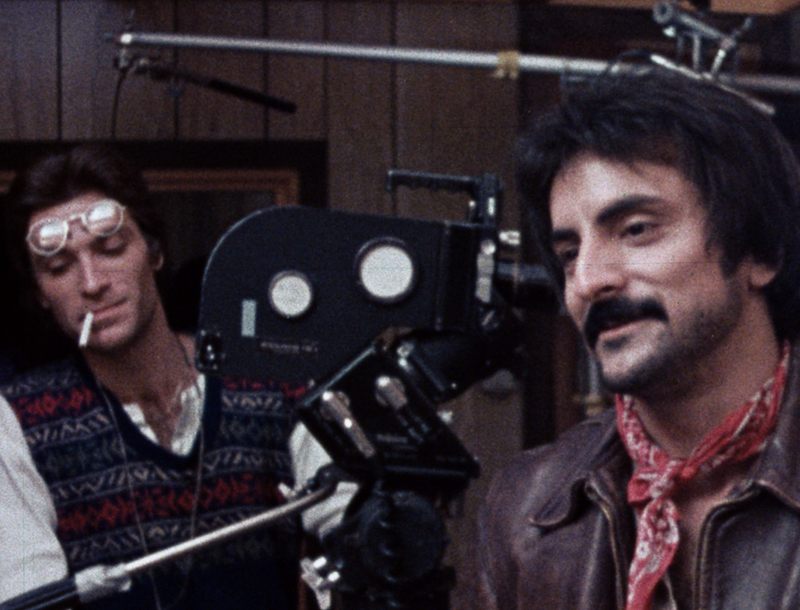 Speaking of the living dead, I walked into a mall and saw something I thought was long buried: an FYE. This was often where I would look for used copies of movies I had never heard of, before compiled lists of genre films were curated and copied easily for completing a collection (Peter Dendle does a pretty great job of collecting a relatively complete list and review of zombie films in two volumes, and shameless self-promotion, mine is in there, but that wasn't available when I was collecting). Looking through the horror section, I found a movie I had never heard of starring several actors who, at one point, I definitely tried to watch their entire catalogues on IMDB. Tom Savini, Joe Pilato, and John Harrison are three names I am very familiar with from the Romero films, but I had never heard of this movie. I had also never heard of the releasing company, AGFA, American Genre Film Association. 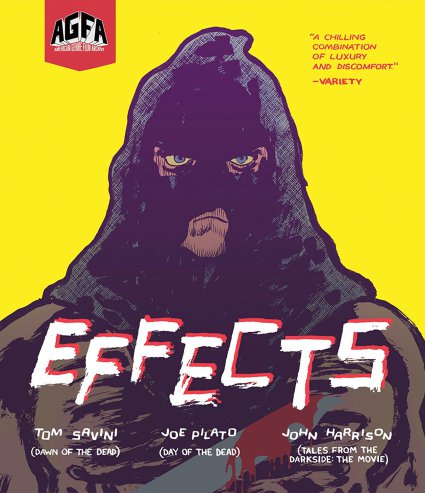 The film, Effects, was shot in 1978 but unreleased until 2005 by Synapse Films, a company I didn't follow very closely (and a DVD cover that, names withstanding, would have displaced my interest). AGFA was founded in 2009, around the time I stopped actively seeking to collect DVDs because of not wanting to duplicate my collection on a new format. they released Effects in 2011 and, because of my distance from horror conventions since, I had not heard of it until now.

The story is pretty straightforward for the first 3/4 of the film. In true Pittsburgh filmmaking fashion, the plot revolves around a group of low budget filmmakers shooting a genre film. At some point, the director shows a few of the crew members a snuff film, claiming he shot it and that, despite it's real-looking visuals, it was staged. In short, the entire production is a multicam production of a real snuff film that seeks to kill several of the cast and crew. In writing, the concept seems rather hokey, but the film's less than clear jump between on-set scripted tension and violence and the real trauma and danger placed in front of the cast and crew is actually offputting and disturbing in a subtle fashion.

Visually, it reminds me other films that have similar settings and stories, rural homes out in the woods and unexpected violence, particularly Last House on the Left. It doesn't look cheap or gimmicky so much as it is genuine and earnest, something I have felt about Romero's early budget movies. The limited camera setups and lighting are part of the charm. It also unsurprisingly feels very similar to Romero's work from that era, namely Dawn and Martin (Romero seemed to step in to help the filmmakers, who operated on the same Pittsburgh-industrial-filmmakers-turned-genre method as he had, and Pat Buba, who worked on Martin and whose family home was the main location, produced Effects along with multiple other jobs on set). Pilato is a good everyman character, a nice change from the monster he plays in Day; his character, as a giant dork about Dawn, reminds me of his super brief part as a runaway at the helicopter pad. Yes, I have given a character with one line of dialogue a backstory. This is the kind of performance I wanted to see from Pilato when I met him, as his character in Day of the Dead isn't all that far from who he is as a person on intensity alone. Speaking of "not far from who he is," Tom Savini is always great as a garbage person and villain, essentially playing himself of a trickster on set, minus the attempted murder.

That's what I think is really interesting about this film. It's written about a low budget film crew before every person had an idea of what a low budget film production might look like. Cameras were uncommon beyond 8mm, and the idea of "going out and making a movie" wasn't something that every young person had and could Google to get a quick education on. Romero's colleagues and by extension the filmmakers here learned by doing, first making industrial films for profit and then applying that knowledge to making a narrative movie. This sort of filmmaking was so specific to Pittsburgh in the 70s that it could really have only come from the people making it: the film centers around actors doing crew work, people living on set, a special effects guy producing melted crayon blood that comes out of plastic tubes from a hardware store. It's a pretend story about the real kind of production that these very people were aware of, and I wonder, without our cultural understanding of filmmaking, and in particular these people, I wonder how well it would have played had it not been essentially displaced for several decades. The only other analogue of this type of filmmaking I can think of is the Michigan boys of Evil Dead, and there are enough differences there that it doesn't quite match up.

The surprising face in the cast was John Harrison, who I knew mostly from the soundtrack for Day as a composer. I had seen him in behind the scenes content before, and it was surprising to see him play this genuinely strange, frightening character of the director in Effects. 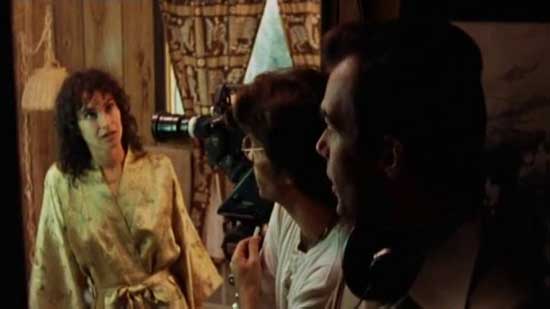 In all, Effects feels like the films that were produced by many of the same people around the same time, in tone, visual appearance, soundtrack, and honest aspiration to make a real film. Given that we will never get another film from that group, this felt like a lost classic, and I really cherished seeing this group of people working together in something that was "new."