Can We Stop the Nerd-on-Nerd Condescension Memes?

A recent trend in viral content is to take a common claim that fans of pop culture make and correct it with images from previous works that prove the statement inaccurate. 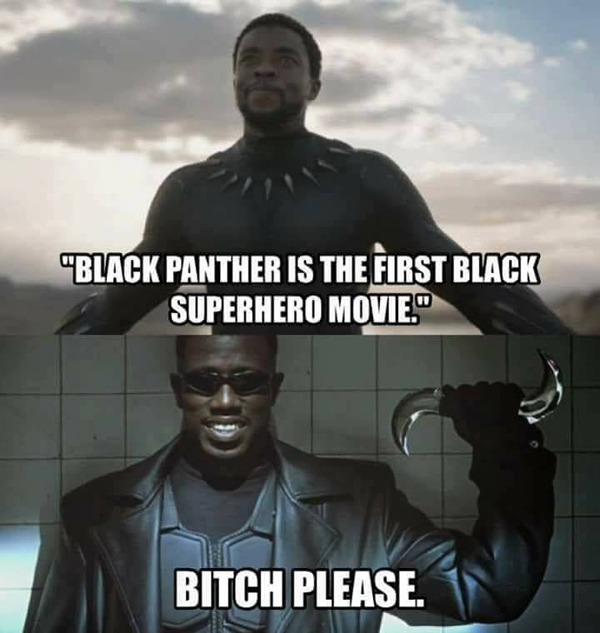 In particular, people seem fond of correcting ideas put forth when a less represented group in pop culture is given a new piece of media. For example, when Wonder Woman came out, people claimed that she was the first live action Wonder Woman in a film. In general, this is true. However, a stickler might direct the reader of such a statement to the relatively forgotten 1974 made for TV film featuring the character. See? Trivia is fun.

The problem is, this trend has become particularly associated with marginalized groups. When Wonder Woman hype was at it's strongest in the weeks close to the premiere, images cropped up in social media suggesting that others have said that Wonder Woman is the first female superhero to get her own theatrical film. She isn't. People enjoy pointing to previous, and failed, projects like Catwoman, Elektra, and Tank Girl as examples of earlier female-led superhero films. A deeper dig, something that would require more than a passing knowledge of superhero films from the past decade or two, will bring up several earlier examples of more peculiar films from long before superhero filmmaking had expectations from an audience or standards from a filmmaker. 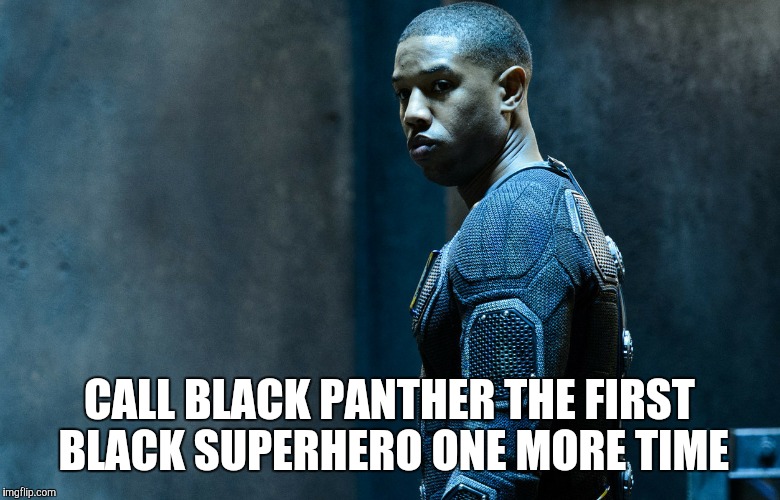 However, this misses the point entirely. The Marvel Cinematic Universe, or MCU, has been producing films within one franchise continuity for almost a decade; DC has been attempting to catch up in recent years and both companies have several films scheduled for release into 2019. Marvel currently stands at 16 films in the cinematic universe with eight more scheduled, DC at four films with 16 in some level of production. Until Wonder Woman, none of those existing 19 films starred a woman; the closest were Dawn of Justice, a lead-in to a franchise that would include Wonder Woman, and the Avengers films, in which every character on the team except Black Widow and Hawkeye had a standalone film, some multiple. While it would be almost impossible to tally the odds on how many female superhero characters are available for films like this against how many male characters, these numbers are much easier to utilize. As of Wonder Woman's release, that's 1/19. 5.26%. I don't recall anyone shouting for a Hawkeye film. I do recall, however, female comic readers, which is arguably a large percentage of the base depending on the metric you utilize, asking for films starring women. For years.

What I also don't recall is people making these initial statements that these memes are built on. I do not remember anyone saying "there has never been a female superhero film," "there has never been a superhero film with a lead of color," or other statements that memes like these utilize. When someone states this, the people who post them often claim that they have. Fine. However, this again misses the point.

The primary purpose of these posts is flexing nerd credibility, reminding the reader that the person who posted it is more knowledgeable about the media they take in than the illusionary person the post responds to. This isn't really much of a credit; a quick Google can produce documentation of prior films released before Wonder Woman that star a woman, or scheduled before Black Panther that star a person of color. However, this minor accomplishment and the want for acknowledgment of it comes at the cost of decreasing the impact of these achievements. Representation matters, and the previous films, either failures or forgotten, are not good examples of it.