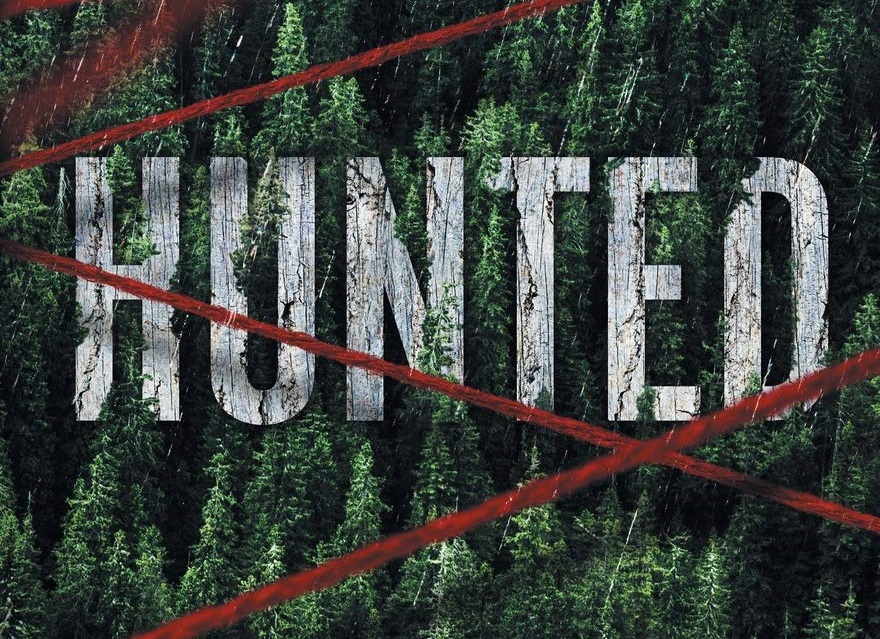 Hunted came to my attention when I was browsing around the Amazon Kindle bookstore last week; I have been making an effort to use my Kindle more, and had just realized that I had a free book waiting on me to reedem. That book was not Hunted, but a rather different book, a bit of a soft spooky tale mixed with hints of romance that wasn't unpleasant but was a bit mild for what I had in mind at the time. After finishing that book, I went down a small rabbit hole trying to find something to scratch that itch, and ended up at Hunted. 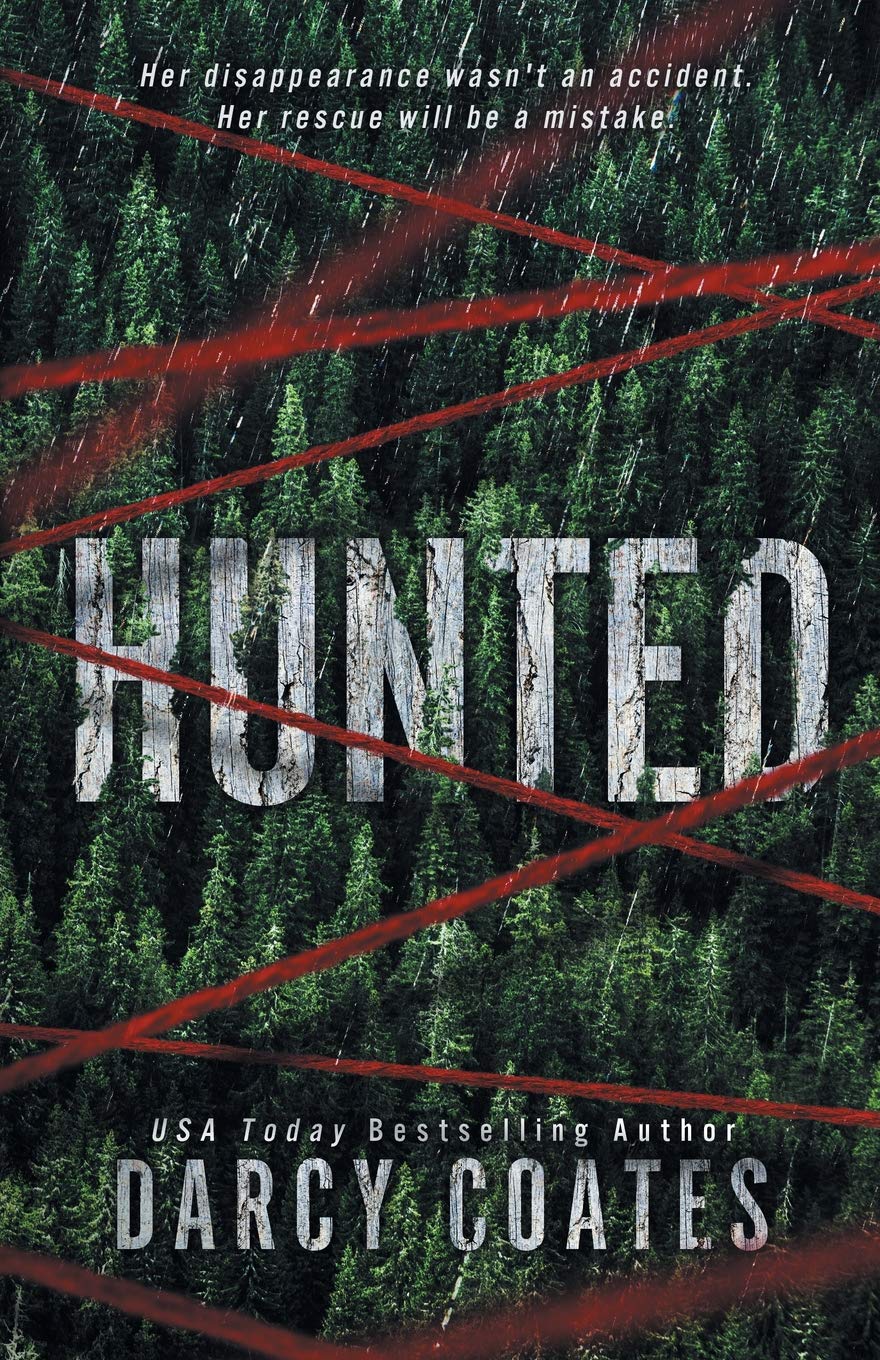 I was immediately very into the premise; a young 22-year old woman, Eileen Herschberger, goes missing while out on a hike in a densely wooded Ashlough Forest. A short while later, her camera washes up on the banks of a river, and when the film is developed there appears to be something bizarre in the photos, prompting her brother and their friends to attempt a search for her. To my thinking, this book seems very inspired by The Lost Girls of Panama, the real life mysterious deaths of Kris Kremers and Lisanne Froon. Kremers and Froon went hiking while staying in Panama, and never returned. Their backpack was discovered a few months later under somewhat questionable circumstances with around 90 unexplained photos on the camera. Here is a link to a video on the case. It's interesting and well worth reading more about, if you're curious. At the risk of sounding morbid, it's one of my favorite unsolved mysteries of recent years, so naturally I was eager to dig into this book.

Unlike in the case of the Lost Girls of Panama, however, Eileen's brother, Chris, and their friends see what appears to be an unearthly figure in the photos. This prompts them to believe there may be something dangerous, some kind of creature, out in those woods, and given that the sleepy local police force is less than helpful, they mount their own search for Eileen, unwilling to give up as long as there is still a chance she might be out there.

Early on in the book, we are introduced to a friend of Chris, named Todd, who has a bit of an unhealthy fixation on Eileen, a white knight complex, and a borderline incel-attitude, who is the first person to go looking for her. However he makes the mistake of going relatively unprepared, and without telling anyone where he is going. He's honestly a fairly unlikeable character, and I was afraid the author was going to make him a main protagonist for the first quarter of the book. However, he quickly falls prey to first his own foolishness, then the elements, and finally, we follow his final moments being stalked by whatever is in the woods, and he meets a sorry fate worthy of our pity as readers.

Basically every other character in the book is reasonably likeable and more relatable and realistic than many I've read in fiction recently. The author has a gift for expressing their characters' innermost turmoil, especially grief and guilt, as portrayed through Chris. Best friend Flint and his girlfriend, Hailey, at first seem like stereotypical meathead and sexy girl characters, but as the plot progresses both prove to have more to their character than expected, and Hailey ends up being quite important to the book's "endgame". Another friend, Anna, serves as the brainier, more level headed and supportive friend, who keeps the group as well prepared as she can, with lots of water, batteries, maps, and food, preventing the cast from feeling like a cliche - they aren't fools who go off into the woods half-cocked like another horror trope, although they do make a few crucial mistakes I'll omit for spoiler reasons. Anna was probably my favorite character; as a psychology major, she shares a scene with Chris that I particularly enjoyed where she "psychoanalyzed" the other friends in the group, pointing out their strengths and flaws, and shows how much they all care about Chris, when he needs them most. It was a surprisingly sincere moment.

Analogous to the kids' search for Eileen in the woods of Ashlough Forest, we get the occasional perspective of police detective Carla, who initially dismisses the concerns of the Hershberger family, essentially giving up on Eileen's case after barely 48 hours. She's a woman who we see was previously dedicated to her job, but years on the force as well as personal tragedy have worn her down and blunted her will to fight on the job. However, she begins to discover something amiss in the woods herself after further inspection of Eileen's last photos. The chapters from Carla's perspective provide a nice, investigative mystery for readers to sink their teeth into in between the growing dread and misfortune of the kids.

While the majority of the book plays with the idea of the monster stalking the woods in this small town, in reality the monster takes a far different form than what you are initially led to believe at the beginning of the story. By the time we reach the final chapters, I could see what was taking shape with the plot, but until then, it did a good job keeping me enough in the dark to not have predicted the ending, which I can often do from a mile away. There was one moment that genuinely took me by surprise about halfway through, and which I thought was going to completely change the tone and trajectory of the story thus far, and knowing how the book ends, I feel like it's kind of an underutilised turn which is a bit disappointing.

Overall, this is a good, suspenseful fall read, which is exactly what I was looking for in the lead-up to Halloween. I found the tagline on the cover of the book - "her disappearance wasn't an accident. Her rescue will be a mistake" - a bit misleading until I kind of thought about it afterwards; it lead me to belive a different kind of story was going to take place, but that's not the book's fault so much as it is mine, and honestly, if the tagline gives away the entire story, it's probably not that good to begin with.. It isn't too long, either, and the pages turn pretty quickly once you get into it a good bit. If isolation in the woods and mysterious disapperances are unnerving concepts for you, you will probably enjoy this book. Give it a try, and remember to stay on the trail.