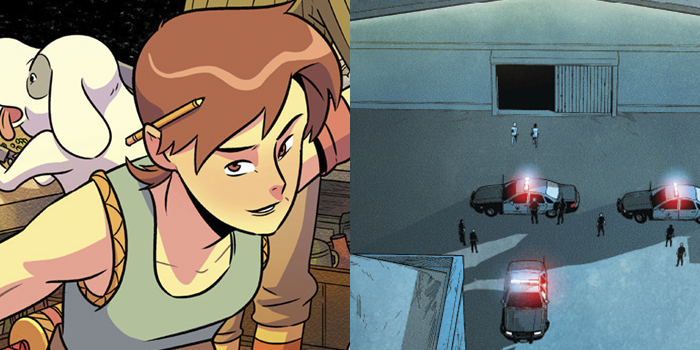 We're midway through May, and this week we have a modest amout of new releases to discuss. I'm bringing Flavor to the table (ha), as well as A Walk Through Hell, and somehow there's something very summery about both, although they're very different books. Let's get into it! 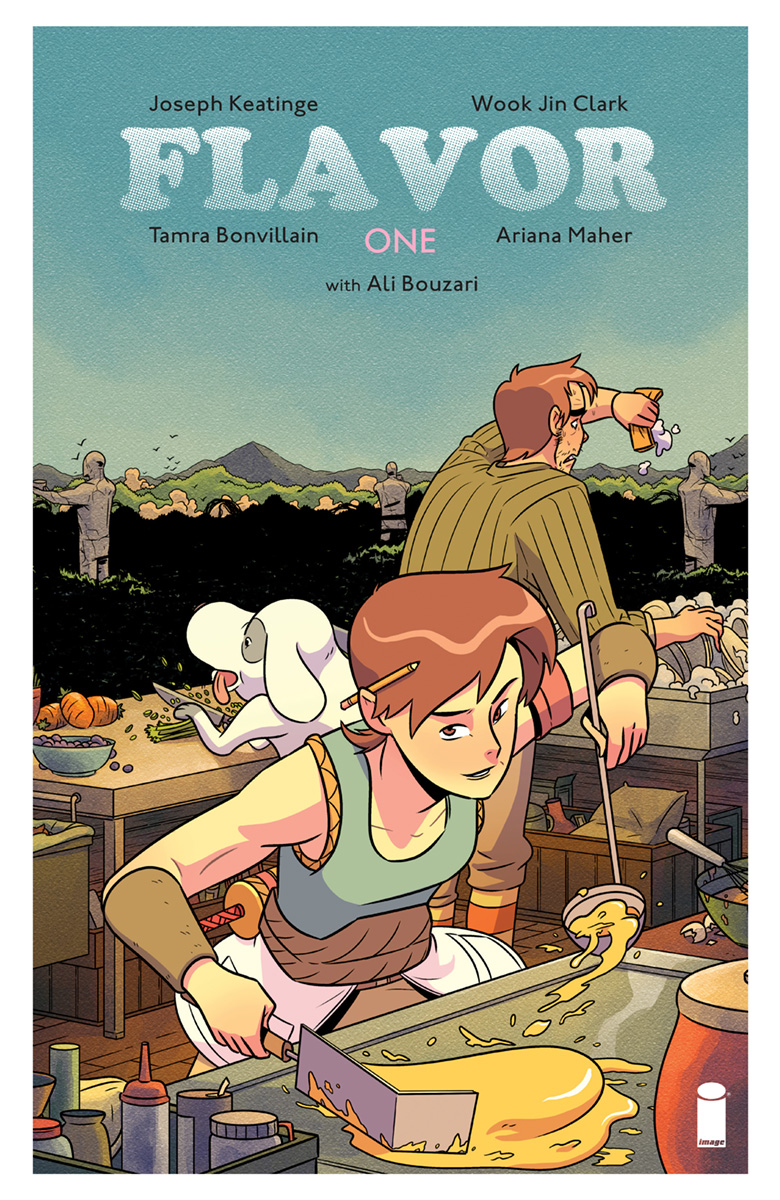 Within a strange walled city, an unlicensed chef discovers a mystery that threatens to end it all. Join JOSEPH KEATINGE (GLORY, SHUTTER) and WOOK JIN CLARK (Adventure Time: The Flip Side) on this culinary epic adventure-FLAVOR-where chefs are the ultimate celebrity and food is the most valued commodity. The high-stakes competition of Hunger Games collides with the lush, MIYAZAKI-esque worldbuilding in this delectable new ongoing series featuring culinary consulting and bonus content by ALI BOUZARI, renowned food scientist and author of the IACP Award-winning cookbook Ingredient: Unveiling the Essential Elements of Food.

I love food comics. Especially food manga. I'm guilty of recommending Oishinbo to random customers at my store, it's just so pleasant, and really calms me. While not a food manga, Flavor does have the feel of a Miyazaki creation in terms of setting and the larger world we're beginning to see fleshed out, at the risk of repeating the publisher's blurb above. The character designs are very animated, both in their literal look and feel, as well as they ways they interact with themselves and the environment around them. It's like my brain fills in the inbetweener animation, and I can almost see the pages coming to life in front of me. The storytelling also manages to feel very cinematic, using one panel to the next to evoke the same kind of effect of cutting from one camera to the next in a film. A particularly good example of this is the final scene in the book, when we cut from scenes of our main character, Xoo, working in the kitchen preparing food for customers of her parents' shop, to a fellow young chef named Niv and his fate at the hands of city guards. This book is dynamic from the first page to the last, and I'm excited to see what comes next.

A Walk Through Hell #1, Aftershock Comics 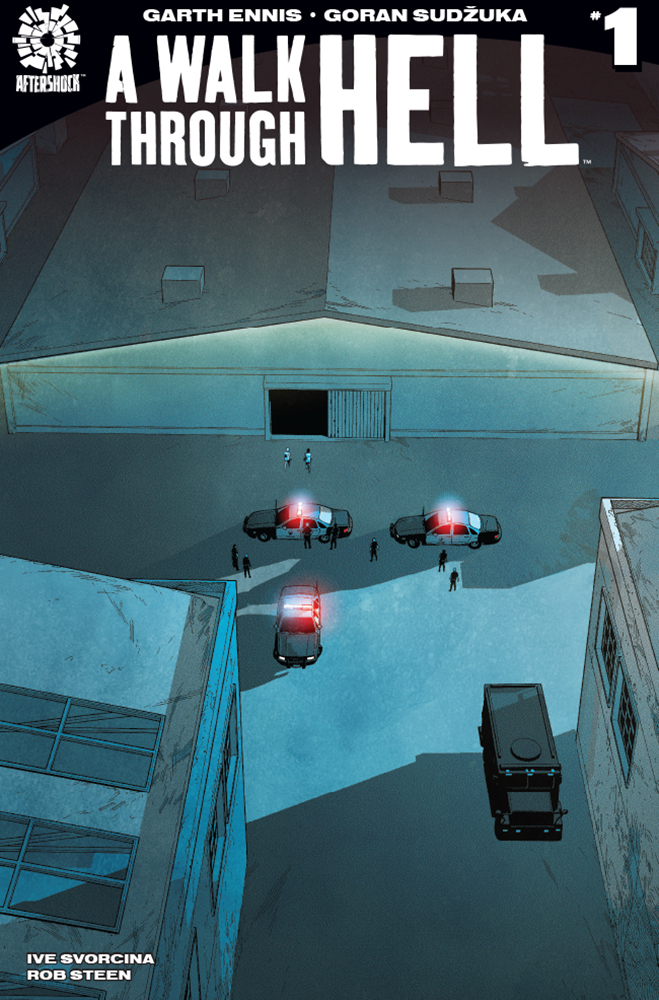 So these two FBI agents walk into a warehouse...
Special Agents Shaw and McGregor handle the routine cases nowadays, which is just the way Shaw likes it. She's pushing 40, a borderline burnout, the ghastly memories of her last investigation still clinging like shadows. McGregor is younger, more dedicated, hanging onto some measure of idealism whatever the world might throw at him.
When two fellow agents go missing inside a Long Beach warehouse, Shaw and McGregor are sent to investigate. What they find waiting is far from routine, as the local police have already discovered to their cost. Before the night is out, our heroes will encounter terror beyond their most appalling nightmares-in a place where the night may never end at all.
A new kind of horror story for modern America, written by Garth Ennis (Preacher, The Boys, Crossed) and drawn by Goran Sudzuka (Y: The Last Man, Hellblazer)

Like actual Hell, A Walk Through Hell has layers. Or at least, it seems like there are layers yet to be explored, and yet to be revealed - but in this first issue, we're just being introduced to the idea of them. The issue starts with discussion of a conversation held between our two main characters, Agents Shaw and McGregor, interposed over a shooting in a shopping mall. The following pages, showing Shaw and McGregor preparing to go about their day after the fact are peppered with twitter-esqe social media commentary about the gunning down of people of color in America (the first victim of the shooting is an Asian woman. Shaw and McGregor spend lunch discussing the case with their peerss, about how the shooter may have been another agent, but strangely, one with seemingly no motive along the usual lines (but what is the usual motive for a shooting by a middle class white guy?) When two said fellow agents from lunch go missing in a warehouse, on what should have been a completely routine assignment, Shaw and McGregor go to investigate, only to find that an entire SWAT team has already been sent in ahead of them, and after being inside the warehouse, ran back to the safety of their tactical vans where they committed mass suicide. And with that, Shaw and McGregor are left to go into the warehouse alone. This issue sets up a lot of different elements, from real world hot topics like gun violence and our current president, to hinting at upcoming horror, both psychological and also, knowing Garth Ennis, the real, gore type. I like a good horror story, and like many folks I'm a fan of the irreverency of Preacher, so I'm interested to see where this story goes, but am unsure if it will be able to hold my interest after a few issues, if I'm being totally honest with myself.

Those are two of the most promising new releases this week! Of the two, Flavor is my feel good summer pick, but if you want something that, like the heat and humidity, promises to hang heavy over your head and make you sweat, give A Walk Through Hell a try.

Thanks for dropping by, and we'll see you next week!